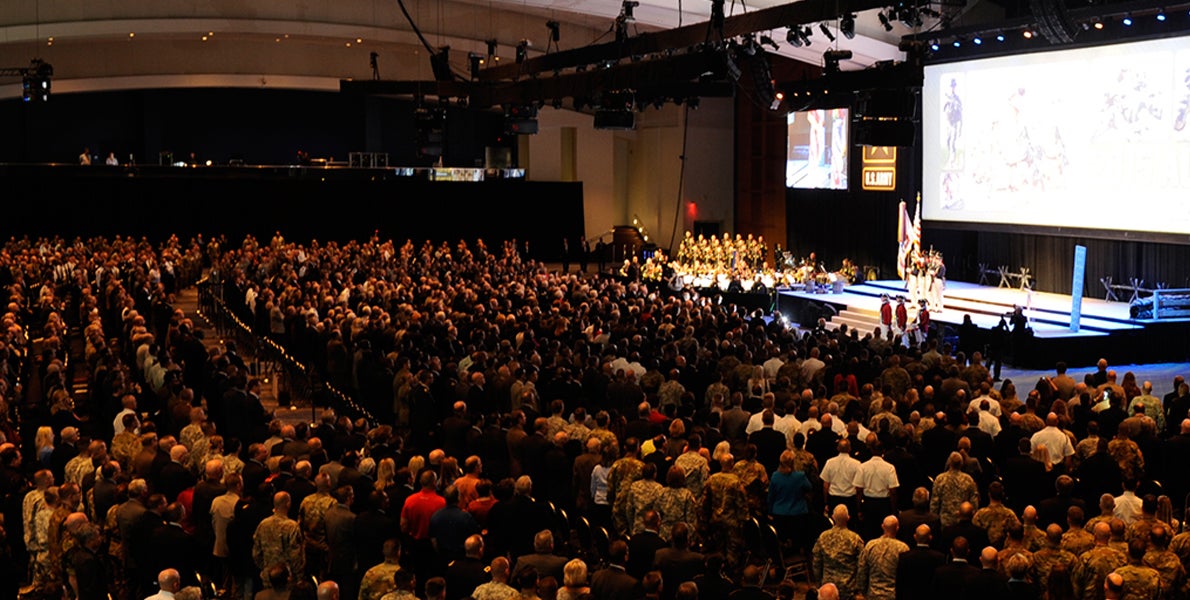 Opening day of the Association of the U.S. Army’s Annual Meeting and Exposition includes major addresses by top Army leaders, announcements of the Soldier of the Year and NCO of the Year, and several professional development forums.

And like every day during the three-day event, the exhibit floor opens at 9 a.m. at the Walter E. Washington Convention Center with more than 600 displays in five halls.

In addition to Warrior’s Corner, a centrally located U.S. Army exhibit with regularly scheduled presentations, there are 10 international pavilions as well as pavilions dedicated to small business, veteran hiring and homeland security. Innovators Corner, where Army research will be on display, also starts its three-day schedule of presentations.

An updated schedule and general information are located here: http://ausameetings.org/2016annualmeeting/

There also is a scavenger hunt planned: https://www.ausa.org/news/exhibit-floor-scavenger-hunt-planned

Secretary of the Army Eric Fanning will be the keynote speaker at the 9:30 a.m. opening ceremony on the convention center ballroom. He also will participate in a rare joint press conference with Army Chief of Staff Gen. Mark A. Milley.

Army Vice Chief of Staff Gen. Daniel B. Allyn will speak at the soldier recognition luncheon.

Many of these events require a ticket or invitation.

Forums open to anyone registered to attend the meeting will focus on several important topics. They include a family forum focusing on children of soldiers; two forums aimed at noncommissioned officers and soldiers, both involving Sgt. Maj. of the Army Daniel A. Dailey; and a group of military bloggers discussing how digital learning can provide lessons in leadership.

Contemporary Military Forums hosted by AUSA’s Institute of Land Warfare scheduled for Monday, the first day of the meeting, are focused on readiness, weapons modernization and European security.