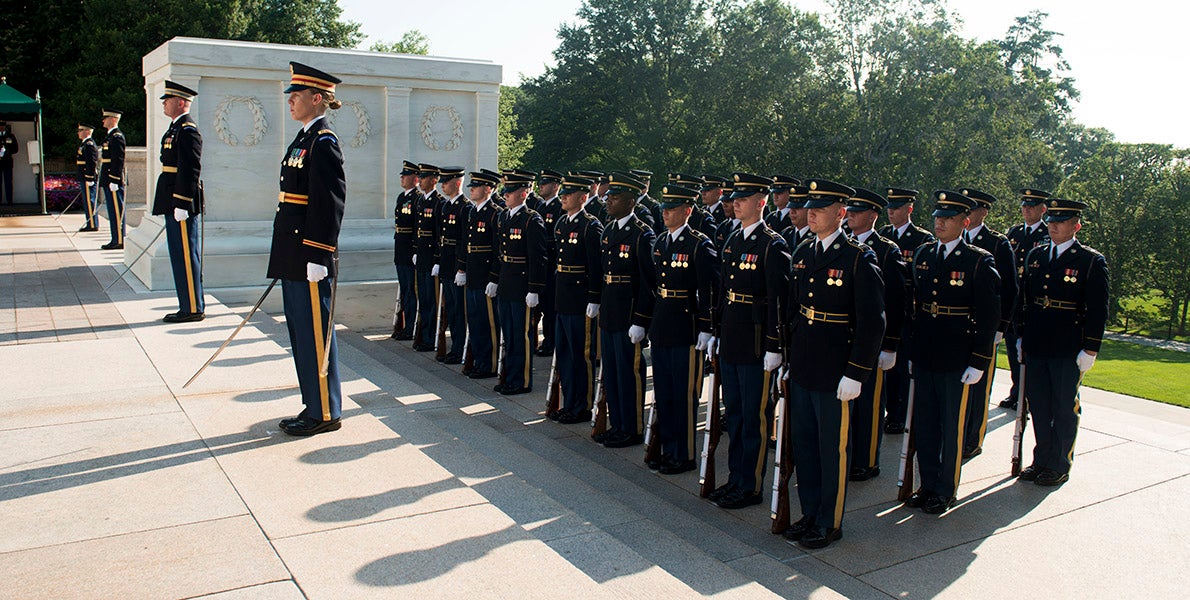 The Army’s oldest active-duty infantry unit, the 3rd U.S. Infantry Regiment, has received a Distinguished Service Medal from the nation’s largest veterans organization. Traditionally known as “The Old Guard,” the unit was honored by the American Legion at the organization’s 98th National Convention in Cincinnati.

Founded in 1784 as the First American Regiment, the unit’s legacy is one of serving in combat roles covering the Indian Wars, the War of 1812, the Civil War, the Spanish-American War, the Philippine Insurrection, World War II, the Vietnam War, Iraq and Afghanistan. It is also the Army’s official ceremonial unit.

Now headquartered at Joint Base Meyer-Henderson Hall, Va., “Our current mission is to honor our fallen and represent the Army to the nation,” said Col. Jason T. Garkey, The Old Guard’s regiment commander. “Receiving this honor from this distinguished organization is truly humbling.”

The Old Guard’s duties include escorting the president of the United States, guarding the Tomb of the Unknowns at Arlington National Cemetery, providing funeral escorts, and taking part in parades and ceremonies.