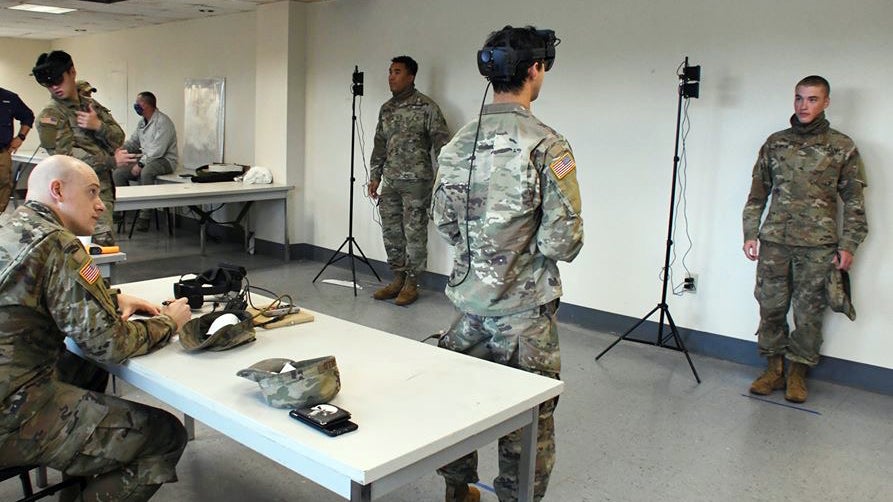 A futuristic goggle designed to improve soldiers’ situational awareness on the battlefield is now being used in the fight against the COVID-19 virus at Fort Benning, Georgia, where it is being used to detect fever among thousands of soldiers in training.

Part of the Army’s effort to modernize the force, the Integrated Visual Augmentation System, known as IVAS, is a heads-up display that allows soldiers to see critical information while keeping their eyes on the battlefield. It also has sensors that can detect body heat.

Thousands of soldiers in dozens of courses at Fort Benning, including infantry and armor one-station unit training and Ranger School, are being quickly assessed for body temperature using the IVAS, according to an Army news release, which indicated that the system will help mitigate training delays by stemming the potential spread of the virus when a fever is detected.

Every day for the past week, soldiers have filed through a processing center, paused for five seconds while facing a soldier wearing an IVAS, and had their temperature registered on the soldier’s heads-up display, according to the April 27 news release, which noted that the method has proved more economical and sanitary than the use of traditional thermometers.

Processing 300 soldiers took about 30 minutes, and anyone who registered a fever was moved to a medical station for evaluation, the release said.

Fielding of the IVAS to soldiers is still on track for late 2021, despite supply chain issues brought on by the pandemic, Hodne said.