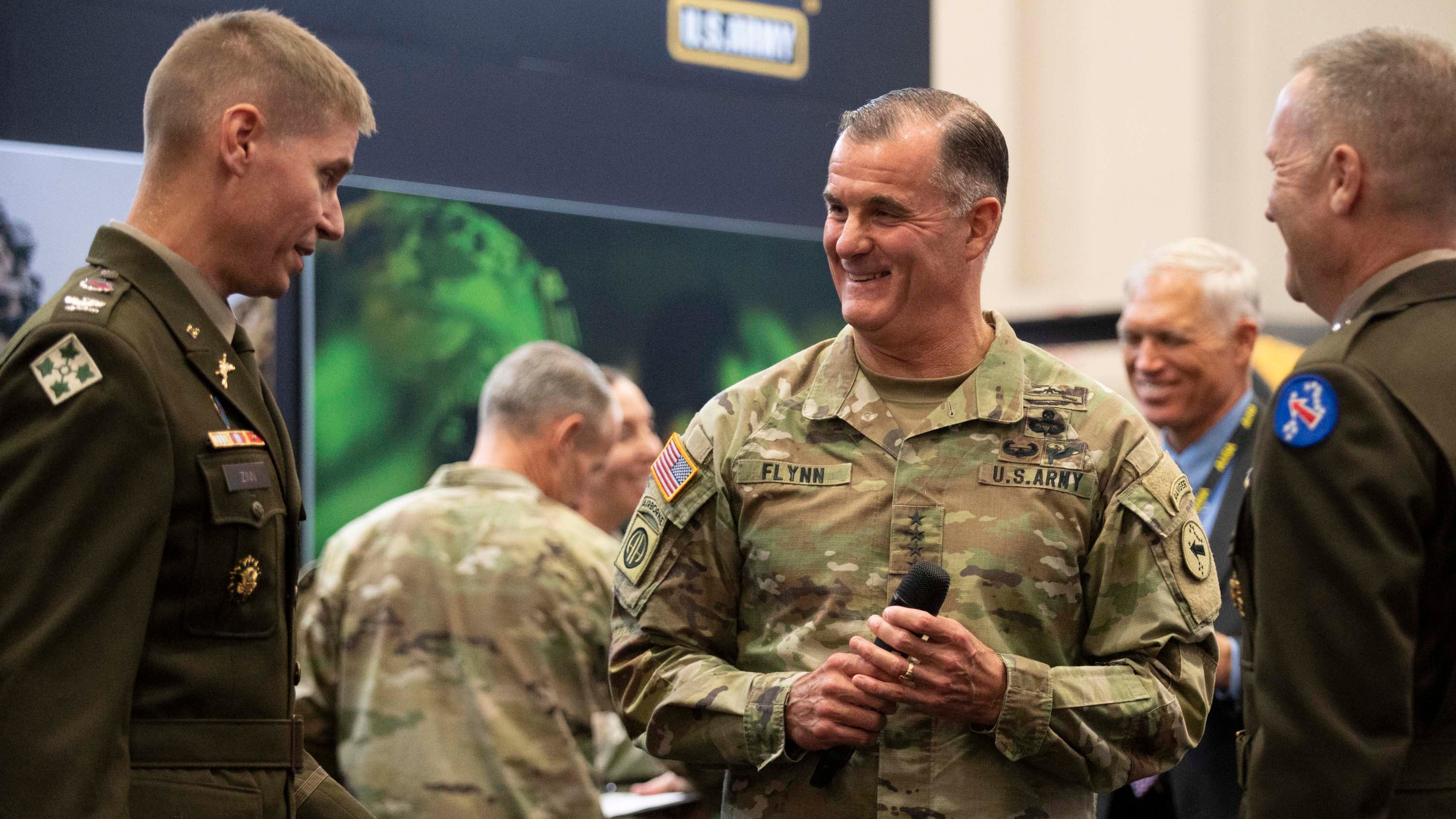 With the activation of a second multidomain task force in the Indo-Pacific, the Army has expanded its commitment in the region with a “signature organization” that is leading the way on transformation, a senior officer said.

“The value of the multidomain task force is that it’s our signature organization that is allowing us to transform through the doctrine that’s just published, but also as an organization that arrived in front of the advanced capabilities that are coming to a theater near you,” Gen. Charles Flynn, commander of U.S. Army Pacific, said Oct. 12 during a Warriors Corner talk at the Association of the U.S. Army’s 2022 Annual Meeting and Exposition.

Multidomain task forces were created by the Army as a joint, theater-level asset to bring together lethal and nonlethal capabilities to provide long-range precision effects like cyber, electronic warfare and intelligence and long-range fires.

“We are on the cutting-edge of the ongoing Army transformation. We are not an experimental formation, we’re an operational formation,” Col. David Zinn, commander of the 3rd MDTF, said at the Warriors Corner talk. “Our activation reflects the Army’s commitment to the Pacific as our nation’s priority theater.”

Flynn said the multidomain task forces will enhance the Army’s ability to provide target development for the joint force with the ability to “fuse together information” quickly and share it with joint assets and capabilities, putting the Army and the MDTF “as a central and critical role in joint targeting.”

He also noted the opportunities the task forces present for regional allies and partners to “learn from the things that we have already tested, experimented, done the research on” and war-gamed.

Standing up the multidomain task forces before they are able to receive all the capabilities they will be employing, Flynn said, allows for the organizations to grow and refine their human, technical and procedural interoperability and how to operate in the environment.

“Having an organization out in front of these advanced capabilities is something that we had not done in the past,” Flynn said, explaining that “in our past, what we had done is introduce a new capability and then give it to a legacy formation.”

As with the 1st Multi-Domain Task Force, the 3rd MDTF expects to grow to roughly the size of a brigade with four battalions—one effects formation that will provide effects in intelligence, signal, space and cyber; a long-range fires battalion; a protection battalion with assets such as air defense; and a sustainment battalion.

The 2nd Multi-Domain Task Force, created to align with Europe and Africa, was stood up in 2021.

Zinn pointed out that as he begins to fill out his formations with the intent of building quickly, he will be working with the other multidomain task forces to adopt best practices on “things that went well and … also on some of the challenges that they faced.”