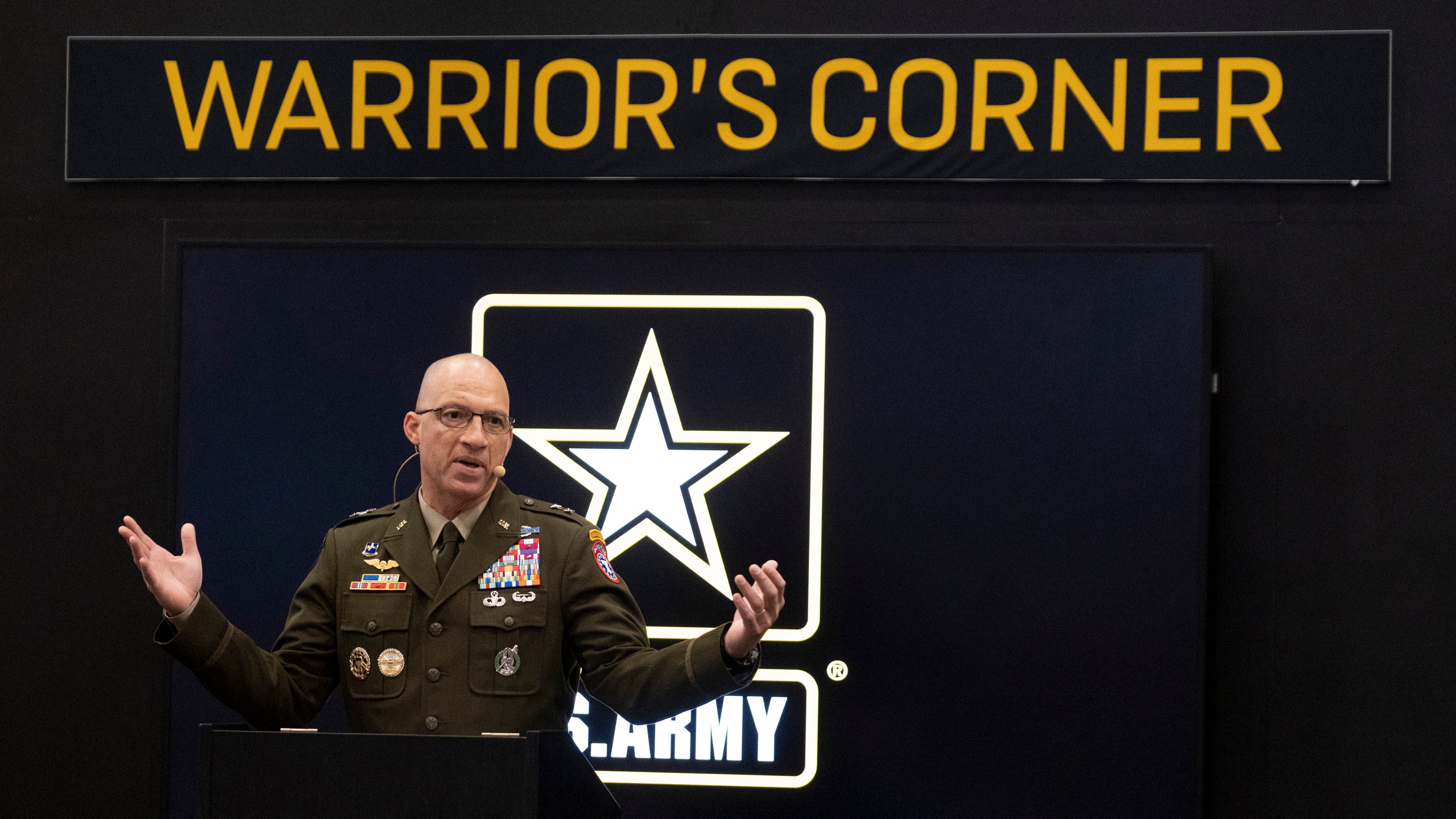 With just five days as head of Army Recruiting Command under his belt, Maj. Gen. Johnny Davis has huge plans to solve the service's recruiting crisis and connect with young Americans.

Speaking Oct. 10 at the Association of the U.S. Army's 2022 Annual Meeting and Exposition, Davis said he’s confident that the service can rise to meet the current recruiting challenge, despite missing last fiscal year's goal by 15,000 soldiers and contending with a young population that is 77% ineligible to serve due to failure to meet minimum standards.

“Not only are we gonna fix it, but with your help, we’re gonna crush it,” Davis said. “We’re gonna make history.”

Davis’ first agenda item is addressing the results of an eight-question survey he said he sent to members of Recruiting Command shortly before taking command. He took the 44,000 responses he received, he said, and processed them using artificial intelligence and word cloud tools to isolate the top 20 concerns and needs for Army recruiting.

Among those, he said, are resources for overworked recruiters who are now facing overwhelming pressure to meet targets and get the Army back on track; improving talent management and increasing access to potential recruits—a particular struggle following the COVID-19 years when recruiters were unable to visit high schools.

This month, Davis said he plans to send a message to 1.5 million retirees in the “Army Echoes” newsletter, enlisting their help to “mobilize” and work with their local recruiting stations to reach prospects. Meanwhile, he said, the Army’s marketing firm, DDB Chicago, is working on new recruiting materials aimed at better reaching Gen Z. That generation, which includes 18- to 25-year-olds, tends to be less familiar with what the Army represents and the benefits it offers.

Though he did not provide further details, Davis said he’s also planning an upcoming “five-city surge” to bring more Army recruiting resources to urban areas that have historically been overlooked in favor of regions like the southeastern U.S. that reliably produce large numbers of recruits.

“Everyone’s dealing with this war for talent in the current market,” Davis said, acknowledging the recruiting challenges all the services face amid high civilian employment levels and a competitive hiring market. “But I don’t want to compete; I want to win. We want to win for our nation, and we want to win for the Army.”