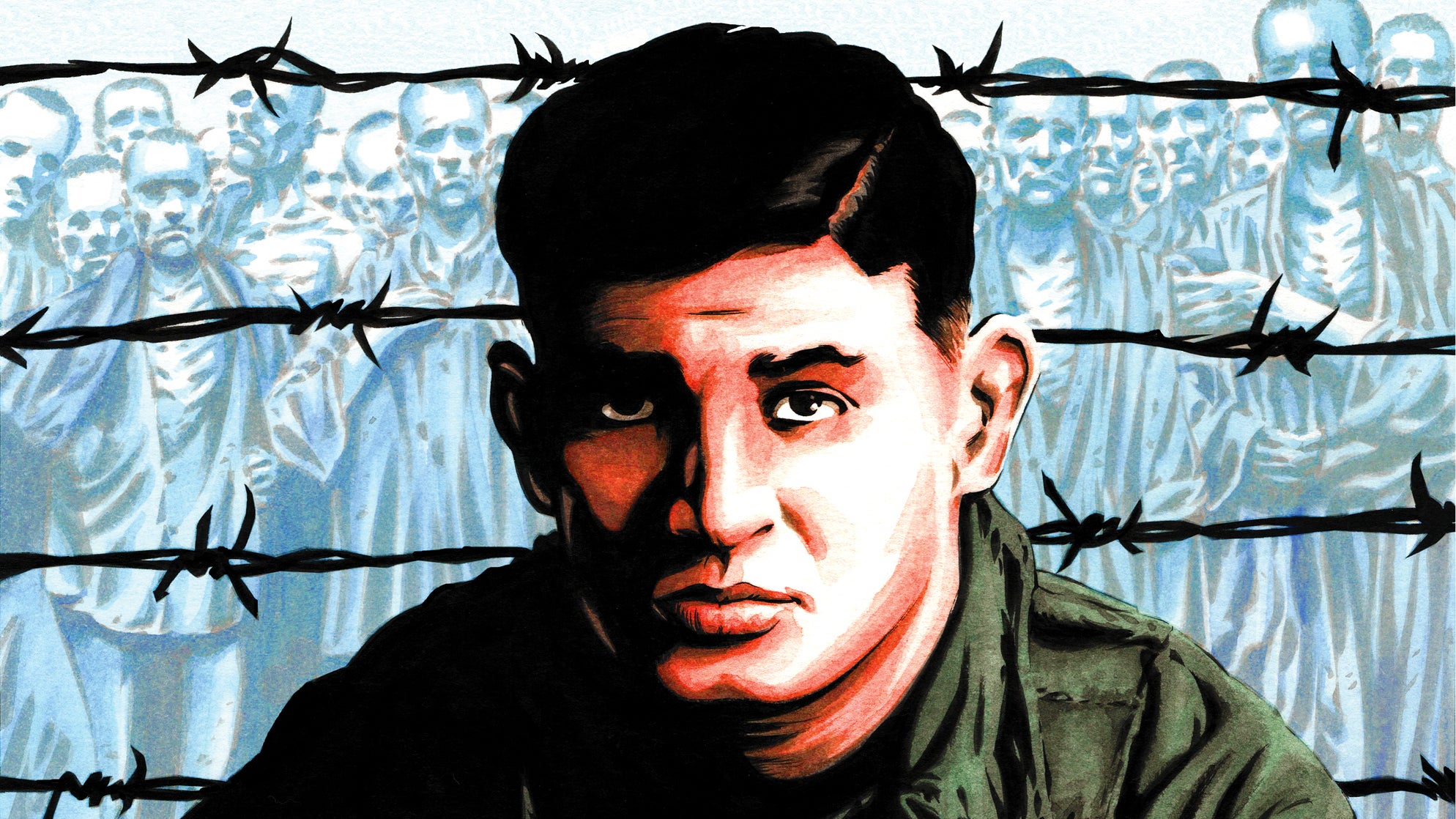 The story of Cpl. Tibor Rubin, the only Holocaust survivor to be awarded the Medal of Honor, is highlighted in the newest graphic novel in the Association of the U.S. Army’s series on recipients of the nation’s highest award for valor.

Medal of Honor: Tibor Rubin tells the story of how Rubin emigrated to the U.S. after World War II and joined the Army. Fighting in Korea in July 1950, he single-handedly fought off a North Korean assault, inflicting a staggering number of enemy casualties. When captured by the enemy, he risked his life to gather food for his fellow prisoners.

“Tibor Rubin’s story is inspiring and poetic. There is a beautiful symmetry in the fact that Rubin was liberated from a concentration camp by the U.S. Army, then went on to become an Army hero himself,” said Joseph Craig, director of AUSA’s book program. “Our creative team has, once again, done a great job in presenting the story for a wide audience.”

AUSA launched its Medal of Honor graphic novel series in October 2018. This is the eighth novel in the series. The digital graphic novels are available here.

A paperback collection of this year’s four graphic novels will be released this fall.

Born in Hungary in 1929, Rubin was captured at the age of 13 and survived 14 months in the Mauthausen concentration camp in Austria during World War II, according to a biography by the Army. Liberated by the U.S. Army, Rubin, whose parents and sister died during the Holocaust, credited Army medics with saving his life.

He moved to the U.S. after the war and joined the Army, determined to give back to the country that freed him.

Outnumbered by North Korean forces, the American soldiers retreated to the Pusan Perimeter. Rubin was assigned to stay behind to keep open the vital Taegu-Pusan road link used by his fellow soldiers, according to his Medal of Honor citation.

During the ensuing battle, “overwhelming numbers” of North Korean troops assaulted a hill defended solely by Rubin. He “inflicted a staggering number of casualties on the attacking force during his personal 24-hour battle, single-handedly slowing the enemy advance,” according to his citation.

“I figured I was a goner,” Rubin said in an interview published by the Army. “But I ran from one foxhole to the next, throwing hand grenades so the North Koreans would think they were fighting more than one person. I couldn't think straight—in a situation like that, you become hysterical trying to save your life.”

His actions allowed the 8th Cavalry Regiment to successfully complete its withdrawal and move north into North Korea.

On Oct. 30, Chinese forces attacked the soldiers at Unsan, North Korea, in a massive nighttime assault, according to the citation. All night and throughout the next day, Rubin manned a .30-caliber machine gun at the south end of the unit’s line after three other gunners became casualties.

He manned the gun until he ran out of ammunition, slowing the pace of the enemy’s advance. As the battled raged, Rubin was severely wounded and captured by Chinese forces.

Despite offers from the Chinese to return him to his native Hungary, Rubin chose to remain in the prison camp and instead began sneaking out at night to search for food for his fellow prisoners, according to the citation.

Risking torture and death, Rubin provided food as well as desperately needed medical care and moral support for the sick and wounded in the camp. His brave, selfless efforts are credited with saving the lives of as many as 40 of his fellow prisoners, according to the citation.

Rubin would spend 30 months as a prisoner of war before he was released in the spring of 1953 in a prisoner exchange.

He received the Medal of Honor on Sept. 23, 2005, and was quick to deflect any praise. “The real heroes were those who never came home,” Rubin said, according to the Army. “I was just lucky.”

Each AUSA graphic novel is created by a team of professional comic book veterans. The script for the graphic novel on Rubin was written by Chuck Dixon, whose previous work includes Batman, The Punisher and The ‘Nam. The cover and layouts were by Rick Magyar, who has worked on Avengers, Captain America and Guardians of the Galaxy, and finishes were by Le Beau Underwood, who has worked on Justice League, Suicide Squad and Hulk.

Colors were by Peter Pantazis, who has worked on Black Panther, Superman and Wolverine, and the lettering was by Troy Peteri, who previously worked on Spider-Man, Iron Man and X-Men.

To download Medal of Honor: Tibor Rubin and for more on the series, visit www.ausa.org/moh.