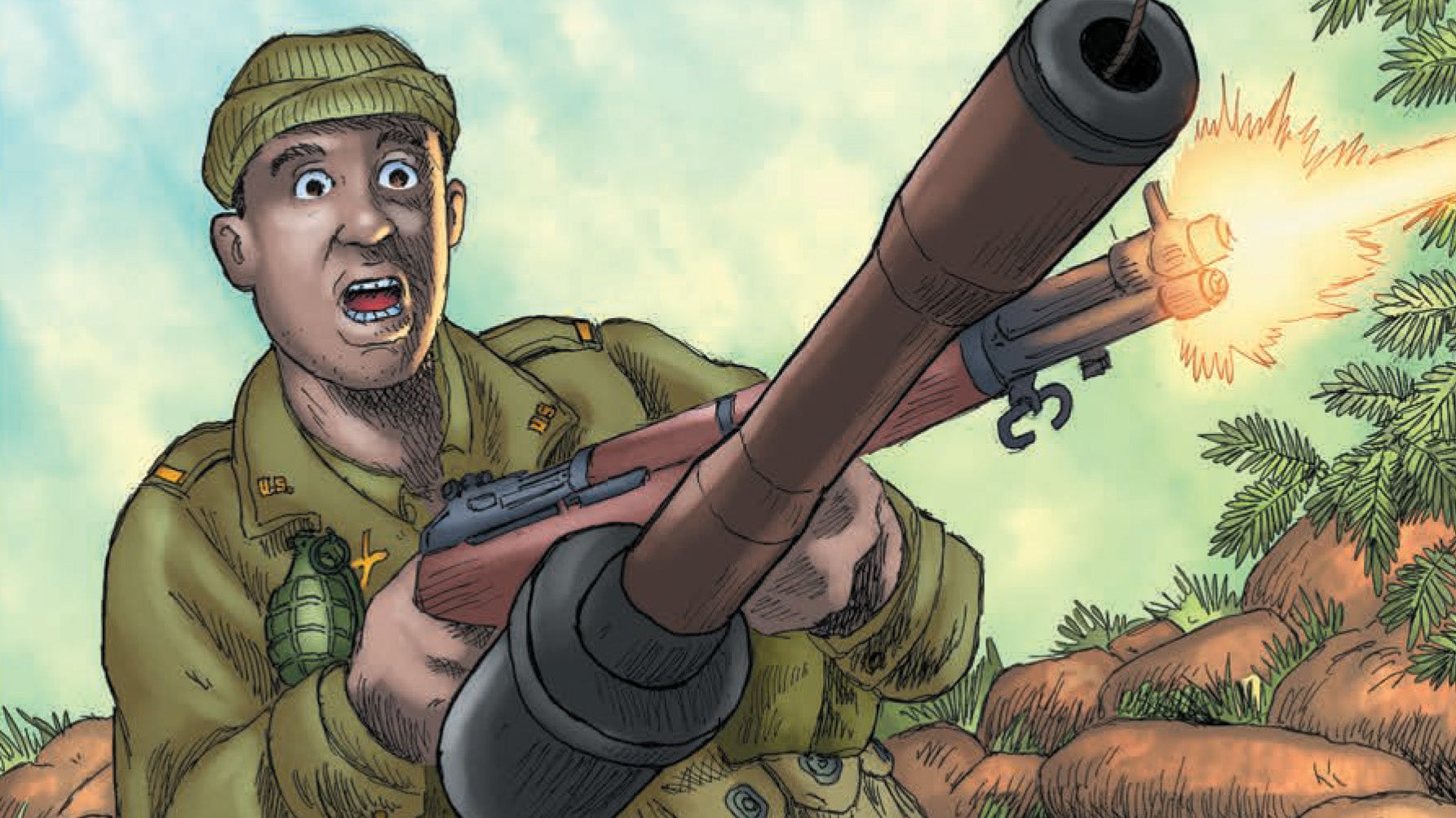 The story of 1st Lt. Vernon Baker, who led his platoon in an assault on a German stronghold in the mountains of Italy during World War II, is told in the latest graphic novel in the Association of the U.S. Army’s series on recipients of the nation’s highest valor award.

Medal of Honor: Vernon Baker tells the incredible tale of one of the nation’s famed Buffalo Soldiers and how he waited more than 50 years before he was fully recognized for his courage on the battlefield.

“It was an honor to work with such a talented team to help bring attention to this remarkable soldier,” said Joseph Craig, director of the AUSA Book Program. “Baker had to wait more than half a century for full recognition of his service in World War II; we want to help make sure that service is always remembered.”

AUSA launched its Medal of Honor graphic novel series in October 2018. This is the 13th novel in the series, with three more planned for 2022. The digital graphic novels are available here.

Born in December 1919 in Cheyenne, Wyoming, Baker was orphaned at age 4 and raised by his grandparents. He worked as a railroad porter throughout the Great Depression before trying to join the Army. His first attempt was rebuffed, but he persisted and was accepted into the infantry.

Commissioned as a lieutenant in the 92nd Infantry Division, known as the Buffalo Soldiers, Baker led his soldiers into combat in the summer of 1944 in Naples, Italy.

In April 1945, Baker and his soldiers were sent to assault Castle Aghinolfi, a German strongpoint in the Italian mountains.

As they moved toward the castle, Baker came upon a German observation post tucked into the edge of a hill. “Crawling up and under the opening, he stuck his M-1 into the slit and emptied the clip, killing the observation post’s two occupants,” according to his Medal of Honor citation.

Baker then killed two more enemy soldiers who were in a well-camouflaged machine-gun nest nearby.

Shortly afterward, a German soldier hurled a grenade at the Americans. When it didn’t explode, Baker shot the enemy soldier twice as he tried to flee, the citation says.

Baker then went down into the draw alone, where he used a grenade to blast open the concealed entrance of another dugout. He “shot one German soldier who emerged after the explosion, tossed another grenade into the dugout and entered firing his sub-machine gun, killing two more Germans,” the citation says.

As Baker climbed back out of the draw, enemy machine-gun and mortar fire began raining down on his soldiers. When reinforcements didn’t arrive, Baker volunteered to cover the soldiers’ withdrawal, destroying two more enemy machine gun positions in the process.

“In all, Lieutenant Baker accounted for nine enemy dead soldiers, elimination of three machine gun positions, an observation post, and a dugout,” his citation says.

The next night, he led a second assault through the enemy mine fields and heavy fire toward the objective.

He received the Distinguished Service Cross for his actions.

In 1996, more than 50 years later, the Army found that Baker and six other Black soldiers had been unjustly denied the Medal of Honor for their actions during World War II, according to the National World War II Museum.

Baker, the only one of the seven soldiers still living, received the Medal of Honor in a 1997 White House ceremony. “I was a soldier, and I had a job to do,” Baker said after receiving the award, according to the New York Times.

Each AUSA graphic novel is created by a team of professional comic book veterans. The script for the graphic novel on Baker was written by Chuck Dixon, whose previous work includes Batman, The Punisher and The ’Nam.

Pencils, inks and the cover were by Wayne Vansant, a veteran of The ’Nam, Savage Tales and All Quiet on the Western Front; colors were by Peter Pantazis, who previously worked on Justice League, Superman and Black Panther; and the lettering was by Troy Peteri, who has worked on Spider-Man, Iron Man and X-Men.