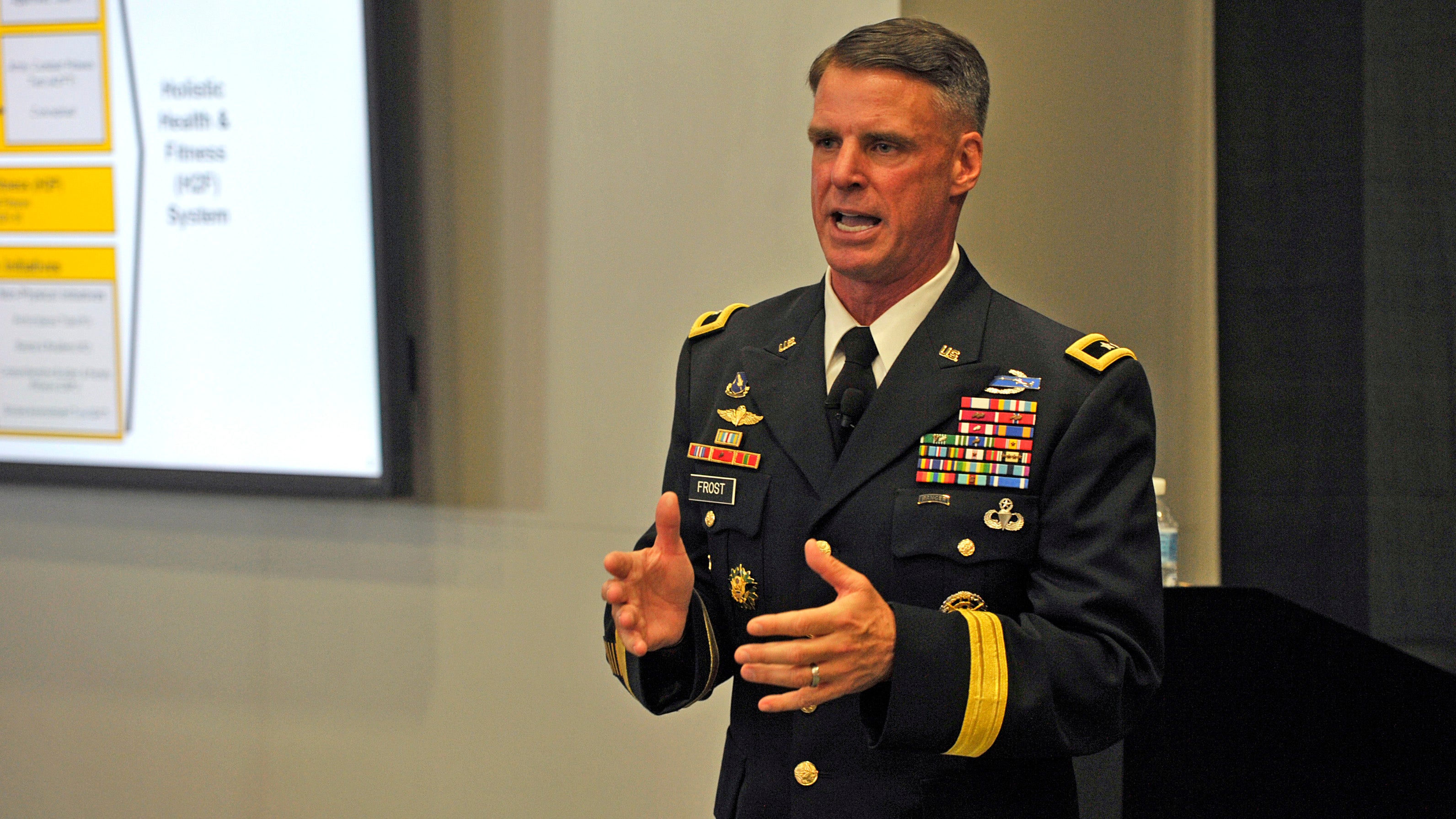 The Army's new physical fitness test significantly raises the bar for combat readiness, officials said Oct. 8 at the Association of the U.S. Army’s Annual Meeting and Exposition in Washington, D.C.

The test, which is itself being tested, is designed to replicate conditions a soldier would face in combat, said Maj. Gen. Malcolm B. Frost, who commands the Center for Initial Military Training at Fort Eustis, Va. The test is an 80 percent predictor of a soldier's ability to perform effectively in combat, Frost said.

Appearing at AUSA alongside research physiologist Whitfield B. East, Frost explained that portions replicate having to exit a disabled vehicle, carry a casualty and other combat situations.

The test includes deadlifts, a standing power throw, hand-release pushups, a 250-meter sprint-drag-carry; a leg-tuck, and a 2-mile run. The events must be completed in a specific order that adds fatigue into an already taxing physical mix.

"This will smoke you," Frost said. "When you take the test, you know your capabilities."

The test is neutral to age, gender and size, Frost said. It was designed that way in order to prepare soldiers for battlefield encounters. "The bullet coming at you doesn't care about your capabilities."

The new test is part of an Army program to transform the service's physical fitness culture, Frost said. The program - the Holistic Health and Fitness initiative - aims to sustain a healthier, stronger force. Elements include color-coding food offerings in dining facilities to signal healthy versus unhealthy selections. The program drives a cultural change that decreases injuries and medical issues overall, and improves combat readiness, Frost said.

Soldiers who have encountered the test so far have given a mixed response, East said. Some are skeptical, while others say the test is "awesome."

The Army will continue to test the new program for the next 12 months, and it will go into effect at a date to be announced after Oct. 1, 2019.