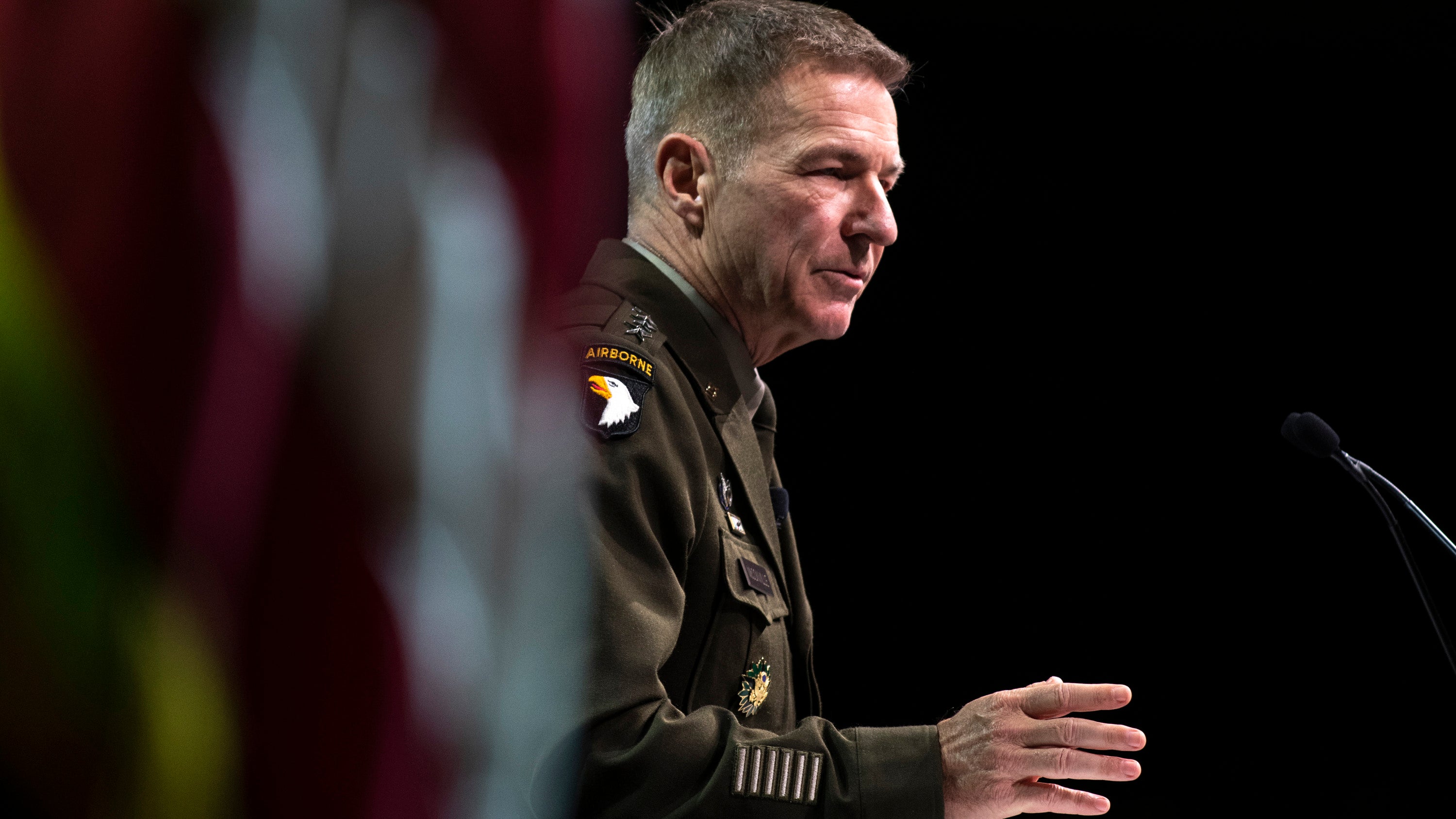 Marking a major milestone in its transformation, the Army has unveiled a long-awaited update to its doctrine that will change the way soldiers train and fight in the future.

“There will always be a critical role for combat-credible forces around the world,” Army Chief of Staff Gen. James McConville said Oct. 11 during the Association of the U.S. Army’s 2022 Annual Meeting and Exposition. “There’s no substitute for having American soldiers on the ground for reassurance and deterrence.”

This was reinforced earlier this year when Russia invaded Ukraine, leading the U.S. Army to deploy thousands of soldiers to Eastern Europe to bolster America’s NATO allies, McConville said.

The update to Field Manual 3-0, Operations, codifies multidomain operations as the Army’s “official capstone doctrine,” McConville said during his keynote address at the Dwight D. Eisenhower Luncheon at the Annual Meeting.

“The Army will be contested in every domain,” he said. “The future Army must be prepared to fight in multiple domains at once. We must be able to get from fort to foxhole in a contested environment anywhere in the world.”

To get there, the Army is undergoing a transformational change, McConville said. “We are not incrementally improving the Army,” he said. “We are transforming it from the post-9/11 era to an Army that is ready to fight and win in large-scale combat operations.”

The goal is to be able to win so decisively that “nobody will want to fight us,” he said. In updating FM 3-0, the Army pulled from lessons learned from the fighting in Ukraine, McConville said. One example is how command posts should be set up. “In Iraq and Afghanistan, we got used to having large, static operations centers, even at the company level,” he said. “That’s all gone now.”

Command posts must be “agile, dispersed” and ready to move at a moment’s notice, he said.

The Army also must be able to operate in small units, far from the flagpole. “This is where the American Army is blessed, because we have the world’s greatest noncommissioned officer corps,” McConville said.

The war in Ukraine also reinforced the importance of precision fires and combined arms in large-scale combat operations, McConville said, adding that the Army is making progress in its effort to provide modern, more capable weapons systems to soldiers.

The Army is improving the Abrams tank, replacing the Bradley Fighting Vehicle, fielding the Mobile Protected Firepower, issuing prototypes of the Robotic Combat Vehicle, among other programs, McConville said.

In fiscal 2023 alone, the Army is “on track” to deliver or issue prototypes for 24 signature modernization programs, he said. “We are getting it done,” he said.

The Army continues to prioritize its people, from improving quality of life programs to better managing the talent in the ranks.

There are four factors for assessing an army’s potential for success on the battlefield, McConville said. Capability and capacity, which is whether a force has the right weapons systems to fight and whether they have enough of those weapons, and competence are the first three.

The fourth, and probably most important, McConville said, is whether the army’s troops have the will to fight. “That’s the hardest to measure,” he said. “You can buy the most expensive weapons systems, but you can’t buy courage and commitment.”

The U.S. Army is the world’s greatest fighting force because it has the world’s best soldiers, McConville said, “and we’re going to keep it that way.”