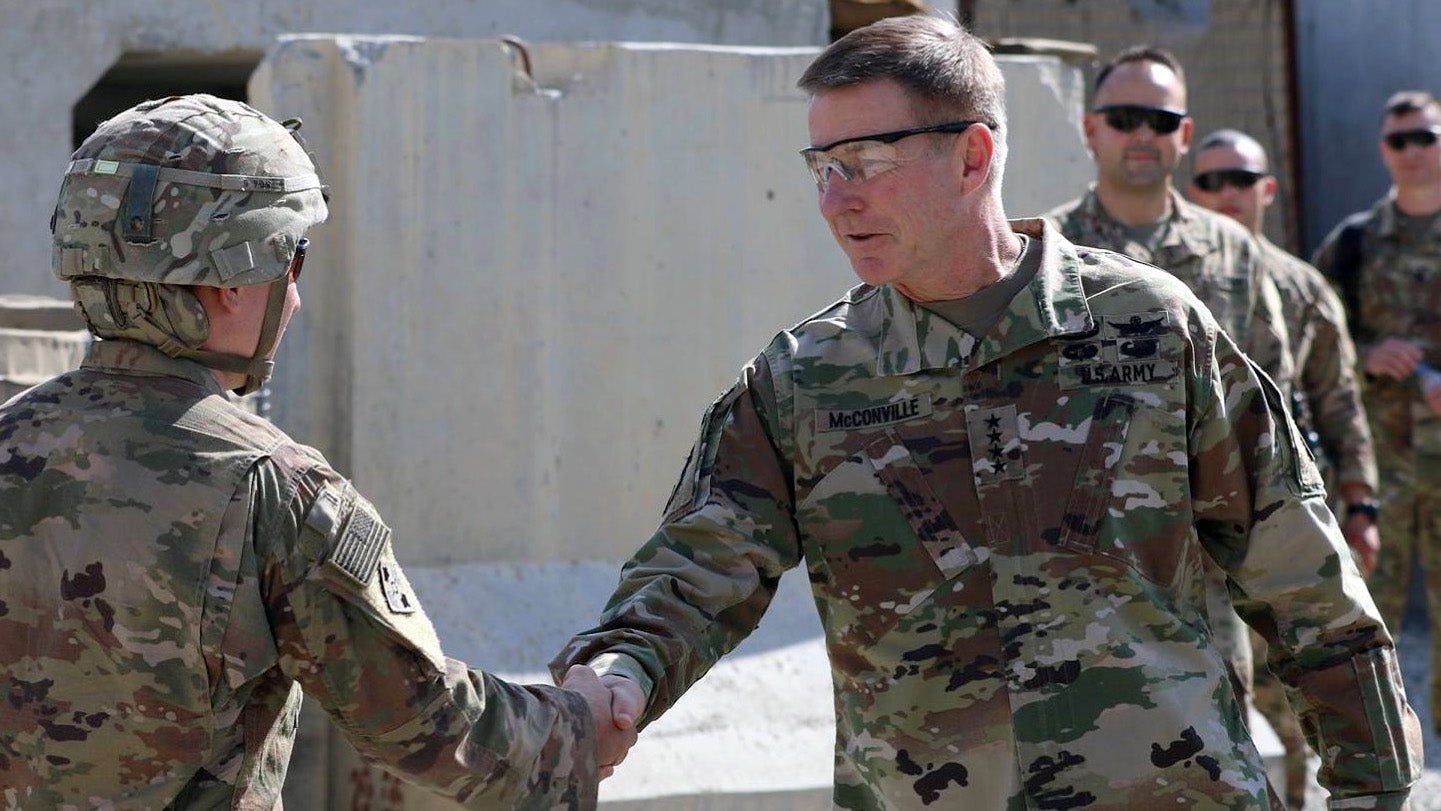 In his first message to the force as the Army’s 40th chief of staff, Gen. James C. McConville reiterated his pledge to put people—soldiers, Army civilians, families and veterans—first.

“People are always my #1 priority,” he wrote. “Our Army’s people are our greatest strength and our most important weapon system.”

McConville, whose own three children serve in the Army, said soldiers’ parents “have sent their most important possession to the United States Army.”

“They expect us, in fact, they demand, that we take care of them, that we treat them with dignity and respect, and we do everything we can to make sure they grow in the Army,” McConville wrote. “Every single day I wake up knowing that some parents have trusted me with their sons and daughters, and I need to take care of them.”

This includes implementing a 21st-century talent management system that will allow the Army to “put the right soldier in the right job at the right time,” he said. It also means making sure soldiers “have the best training, best equipment, best leadership.”

The Army also must better manage its civilian employees’ talent and take care of soldiers’ families, McConville said. “We’ve got to make sure they have good health care, child care, that spouses have an opportunity for employment, and we’ve got to take care of the PCS moving challenges we have right now,” he said. “If we have a good quality of life for our families, they will stay with their soldiers.”

McConville, who was sworn in Aug. 9 and succeeds Gen. Mark A. Milley as the Army’s top general officer, also wrote about the importance of increasing the Army’s readiness, continuing on the path to modernization and prioritizing reform—all in an effort to win the nation’s next wars.

Army leaders have a “sacred obligation” to ensure soldiers are highly trained, disciplined and fit and able to “win on any battlefield,” McConville wrote. “We must be ready to defeat any adversary, anywhere, whenever called upon, under any condition.”

This includes a near-peer adversary as directed by the 2018 National Defense Strategy, McConville wrote. “We are at a critical inflection point and we must aggressively pursue the Army's modernization efforts in order to maintain our competitive edge,” he said.

He added that the Army must transform its processes “to be more effective, protect our resources, and make better decisions. We must be the Army of tomorrow, today.”

The Army will continue to serve and defend the nation, McConville wrote. “When we send the Army somewhere, we don't go to participate, we don't go to try hard, we go to win. Winning matters! We win by doing the right things, the right way.”