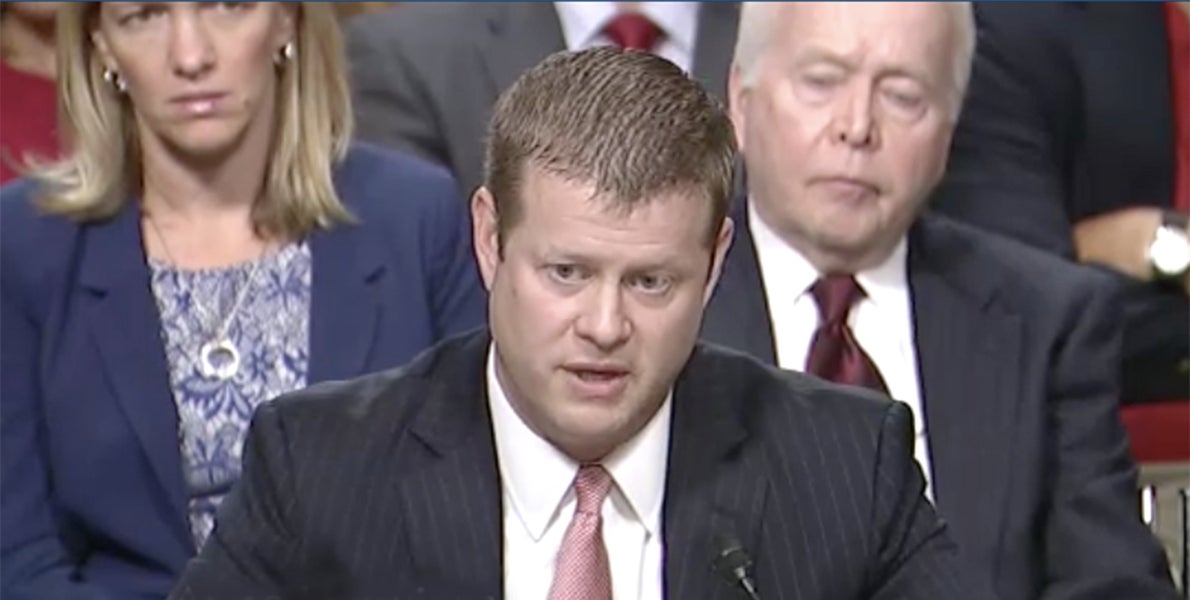 Seven months into the Trump administration, the Department of the Army has a new civilian leader: Ryan McCarthy.

Nominated and confirmed as Army undersecretary, Afghanistan combat veteran McCarthy was appointed Aug. 3 as acting secretary of the Army, stepping into a role held since Jan. 20 by Robert M. Speer.

In a farewell message, Speer said he is impressed by McCarthy and with Mark Esper, whose nomination to be secretary of the Army is pending before the Senate. “I have met our new extraordinary leaders and assure you the Army is in extremely capable hands,” Speer wrote. “I'm confident that readiness, the future of our Army, and the soldiers, civilians, and Army families will continue to be the primary focus.”

McCarthy, who served in the 75th  Ranger Regiment in Afghanistan, has pledged to “work tirelessly to develop solutions to address the well-being of the men and women in uniform across the total force, their families and the civilian workforce.”

“I am proud to have served in the U.S. Army and that service has been the foundation of my professional career,” he told the Senate Armed Services Committee. “This experience provided me the formative understanding and appreciation for the challenges warfighters experience in combat operations.”

He also worked as a congressional staff member, as an aide to then-Defense Secretary Robert Gates, and for the last six years has worked in the defense industry.

Esper’s nomination is pending before the Senate. A confirmation hearing is not expected until September at the earliest.