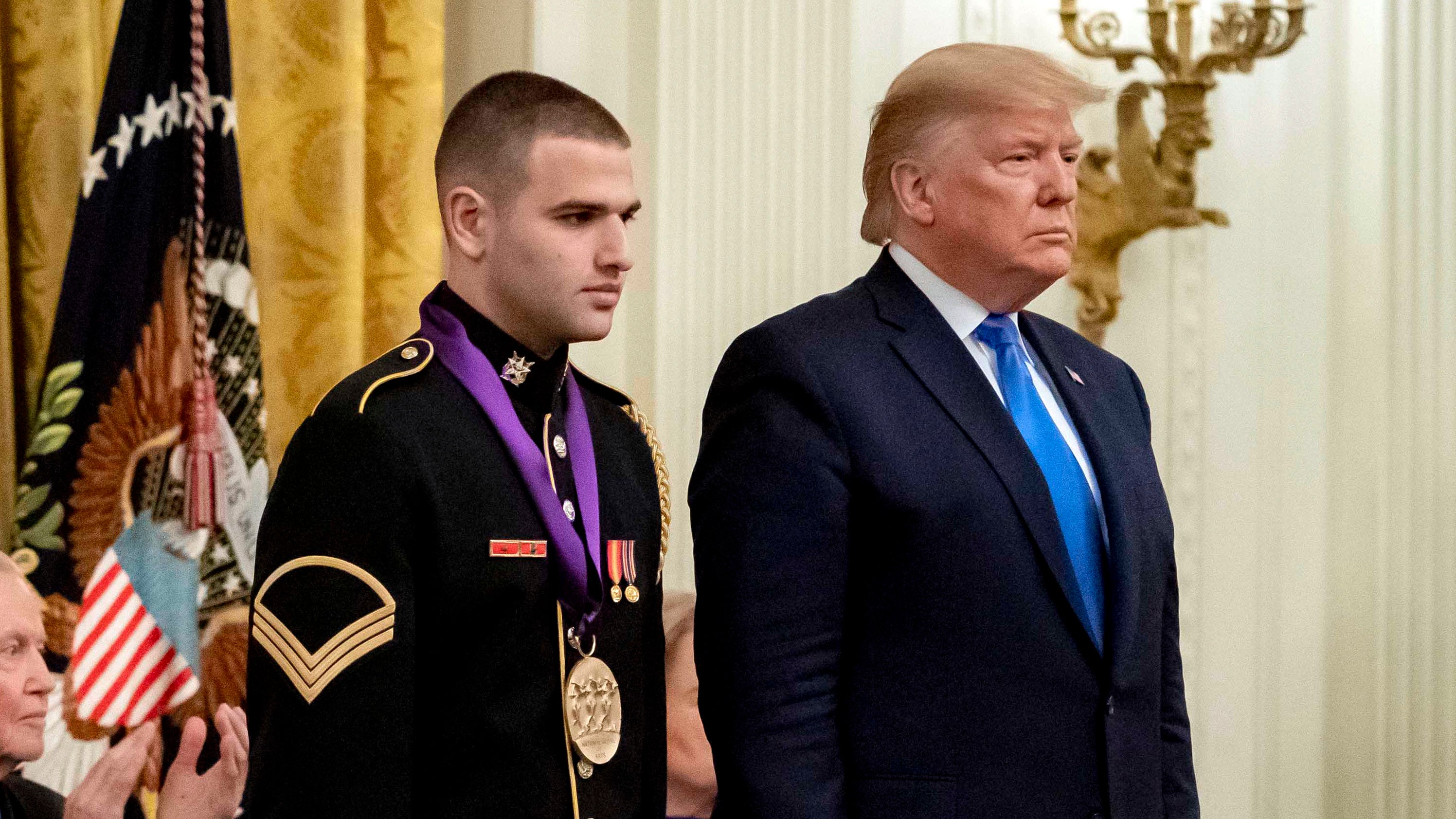 Barely 15 months after joining the Army to play guitar in The U.S. Army Band, Staff Sgt. Jan Knutson stood before President Donald Trump at the White House and received the National Medal of Arts on behalf of U.S. military musicians around the world.

Knutson, 21, stood shoulder-to-shoulder with recording artist Alison Krauss, actor Jon Voight, author James Patterson and celebrity chef Patrick O’Connell, among others, who were honored at the Nov. 21 ceremony for their contributions to the arts and humanities in the first such ceremony held by Trump since he took office in 2017.

While Knutson is an exceptional guitarist, it was not his talent that earned him a place on stage at the White House. He was there because a decision was made at levels high above his rank that the youngest service member among the multitude of Washington, D.C.-based military bands should represent the more than 6,000 musicians from each service.

The National Medal of Arts was awarded to the musicians of the U.S. military “for personifying excellence in music and service to country,” according to a White House news release. “From concert halls to war zones, these extraordinary patriots have inspired and uplifted their fellow Americans over generations with their incredible courage and breathtaking musical talent.”

“They’re not just magnificent performers, they are also courageous warriors,” Trump said. “Many could be in the greatest music halls in the world, but they choose to be here. We are immensely grateful.”

As a guitarist for the U.S. Army Strings, one of the 10 official ensembles that make up The U.S. Army Band “Pershing’s Own,” Knutson is like all the band members, “talented and flexible enough to step in and cover other ensemble missions as required,” band spokeswoman Jennifer Maly said.

He grew up in Berwyn Heights, Maryland, surrounded by music. His father is a retired member of the U.S. Navy Band, where he played the trombone, and his mother was with The U.S. Army Band for 24 years when she retired as a master sergeant. Knutson auditioned for and was selected for The U.S. Army Band when he was 19, following two years at the Manhattan School of Music.

The young Knutson has been schooled by some of the best guitarists in the business. At age 15, he recorded his first CD, “Out of Nowhere,” and the next year was selected as an artist in residence at the Strathmore Music Center in Rockville, Maryland, where he presented several concerts and recorded his second album, “Looking Both Ways.”

The Army NCO has performed with top guitarists all over the country in music festivals, summer jazz programs and venues such as the Kennedy Center Millennium Stage in Washington, D.C.

Before the White House ceremony, Knutson said in an Army news release that he hoped he would do “the best I can to represent what military bands are all about. This organization is one I’m happy to be a part of, and I want to do my best.”