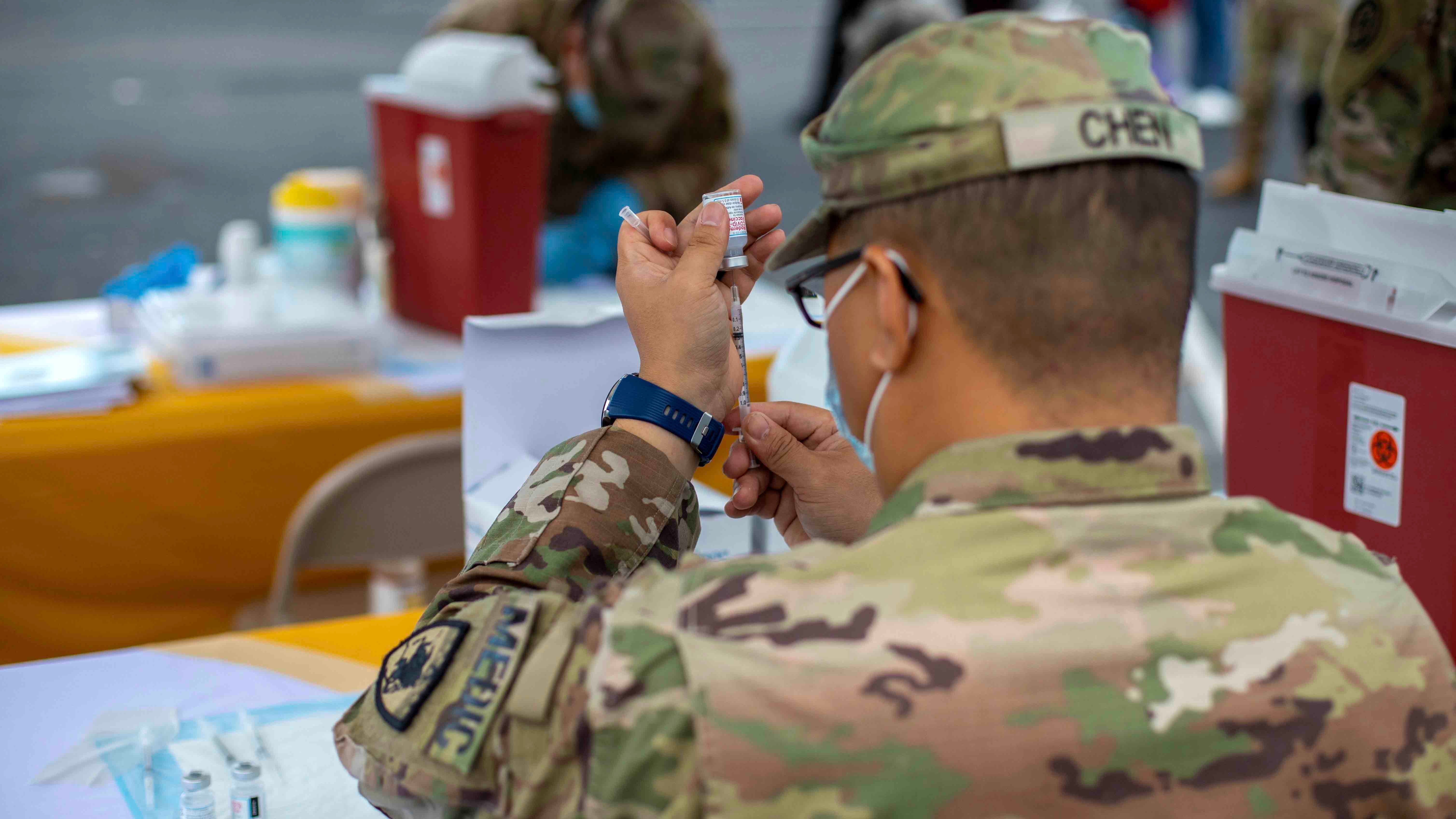 More than 15,200 members of the National Guard are on duty in 49 states and territories in support of the burgeoning COVID-19 response, running testing sites, managing nonclinical hospital tasks and augmenting medical staff.

In Ohio, close to 2,500 Guard members are deployed, the largest number of soldiers and airmen supporting the COVID-19 mission in any of the U.S. states and territories, said Maj. Gen. John Harris, the state’s adjutant general.

The bulk of Ohio’s Guard members, close to 2,300, Harris said, are working in direct support of 48 hospitals and 12 testing sites.

“The primary function is to ensure that we can help the hospitals meet their capacity as they’re being overrun by the perfect storm … the delta variant, the omicron variant in society at the same time, as well as staffing challenges as they deal with overly stressed, overly taxed staff [and] their own COVID positives within the hospitals,” Harris said during a Jan. 13 media roundtable hosted by the National Guard Bureau.

Driven by the omicron variant, COVID-19 cases have soared in the U.S. The seven-day average for reported cases in the U.S. was more than 786,000 on Jan. 12, the Wall Street Journal reported, citing data from Johns Hopkins University.

The surge in the highly contagious omicron variant has strained the ability of hospital personnel to deliver the care patients need. Guard members in medical MOSs and career fields have stepped in to work alongside clinical staff in emergency rooms, Harris said.

“We can very quickly lift and shift those teams to other places around the state where we may see surges in the virus,” he said.

To address personnel shortages in New York hospitals, some 1,600 New York National Guard members are activated, and hundreds, many with no previous medical training, are being trained to be certified emergency medical technicians, Smith said.

The training that began Jan. 5 is expected to be complete next month. Nine more classes are set to start in January, and certifications are good for three years, she said.

As the pandemic approaches the two-year mark, Smith said retention rates in the New York National Guard are high, something she attributes to the pride soldiers and airmen take in the work they’ve been doing to help with the pandemic response.

Service members have told her, “Listen, we joined the National Guard to serve our community,” she said. “Us older folks might think the younger ones, they don’t care, but they absolutely, positively do, and we see that every day.”