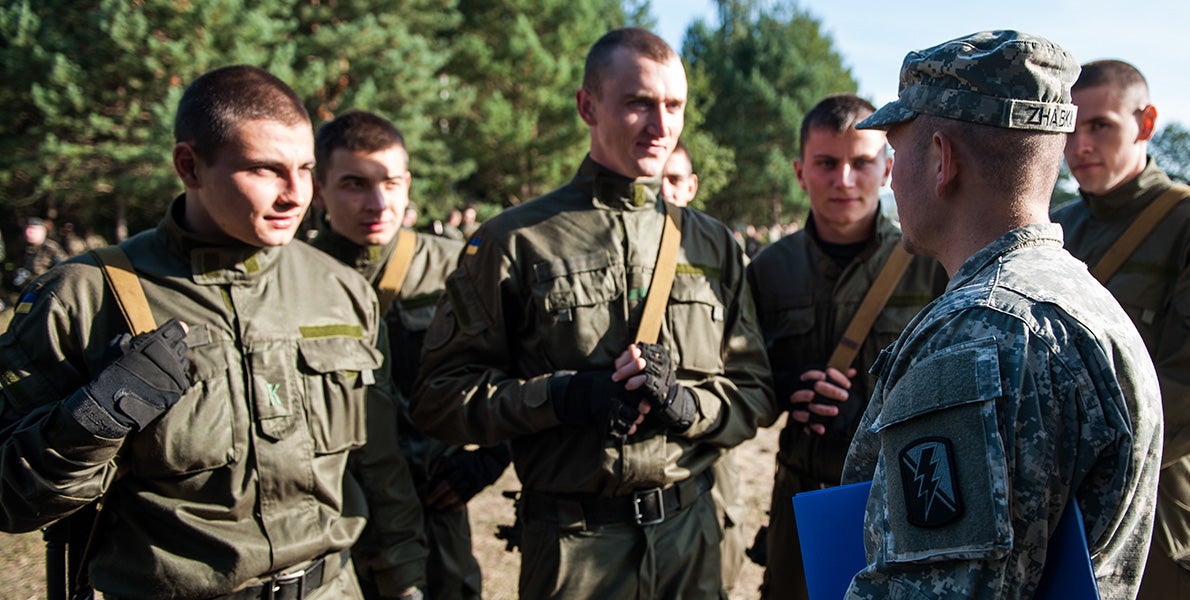 To make the fewer than 30,000 soldiers assigned to Europe look more like 300,000, U.S. Army Europe needs the Army National Guard and Army Reserve to train in the theater on a regular basis, the command’s top Guard leader says.

To that end, Army commanders in Europe are creating every possible training opportunity for Guard and Reserve troops, said Maj. Gen. John M. Gronski, who became U.S. Army Europe’s deputy commanding general for the Army National Guard on May 1.

Gronski said he recently returned from a weeklong visit to Latvia, Ukraine and Kosovo that made one thing clear to him: “The National Guard State Partnership Program and National Guard involvement in exercises and ongoing operational missions is playing a huge role to strengthen our relationship with our multinational partners and allies across Europe. At the same time, National Guard units build readiness every time they train here.”

He noted that within the USAREUR area of operations, “we have companies, platoons, and squads participating in exercises and training in a distributed manner. It is not unusual for sergeants, staff sergeants and lieutenants to be engaging heads of state and senior military leaders from foreign countries and congressmen from the U.S.”

USAREUR “does its best not to say ‘no’ to any training opportunity or engagement,” Gronski said. “From a historical perspective, it is a very important time to be in Europe.”