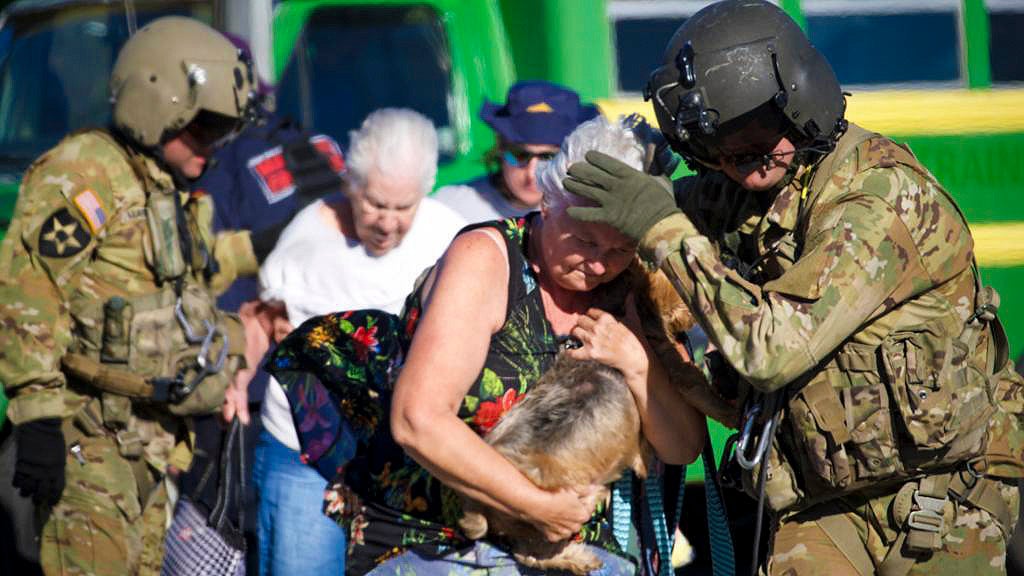 The National Guard continues to assist in Hurricane Ian response and recovery efforts.

“We currently have 80 Guardsmen still on duty, and they’re working in the State Logistics Readiness Center and Logistics Staging Area and/or performing maintenance on our high-wheeled vehicles that performed high water missions during the response,” the Florida National Guard said in a statement Oct. 25.

On the ground, Florida National Guard members conducted liaison missions in 14 counties to facilitate emergency response missions, and the Florida Guard’s engineering resources assisted with route clearance in Pinellas and Lee Counties, according to a news release from Florida Gov. Ron DeSantis.

“National Guard soldiers and airmen from Florida and seven other states … ultimately [saved] the lives of more than 2,000 people and 50 pets,” according to an Oct. 20 DoD release. “Their work in Florida included clearing roads, delivering vital supplies and equipment, supporting law enforcement, and conducting search and rescue operations.”

The National Guard brought 16 helicopters, 1,640 high-wheeled vehicles, seven boats and 36 fuel tankers and generators to assist with recovery efforts, according to a Guard release.

“[Recovery] is primarily where our assets and high-water vehicles can really get in there and control those areas where people might be trapped or in danger to try to get them to safety as quickly as possible.”

The Guard will continue to help with Hurricane Ian recovery efforts, he said.

“Because we’re in every community, we’re part of the first responders to assist in recovery immediately,” Hokanson said. “The National Guard will stay as long as we’re needed.”