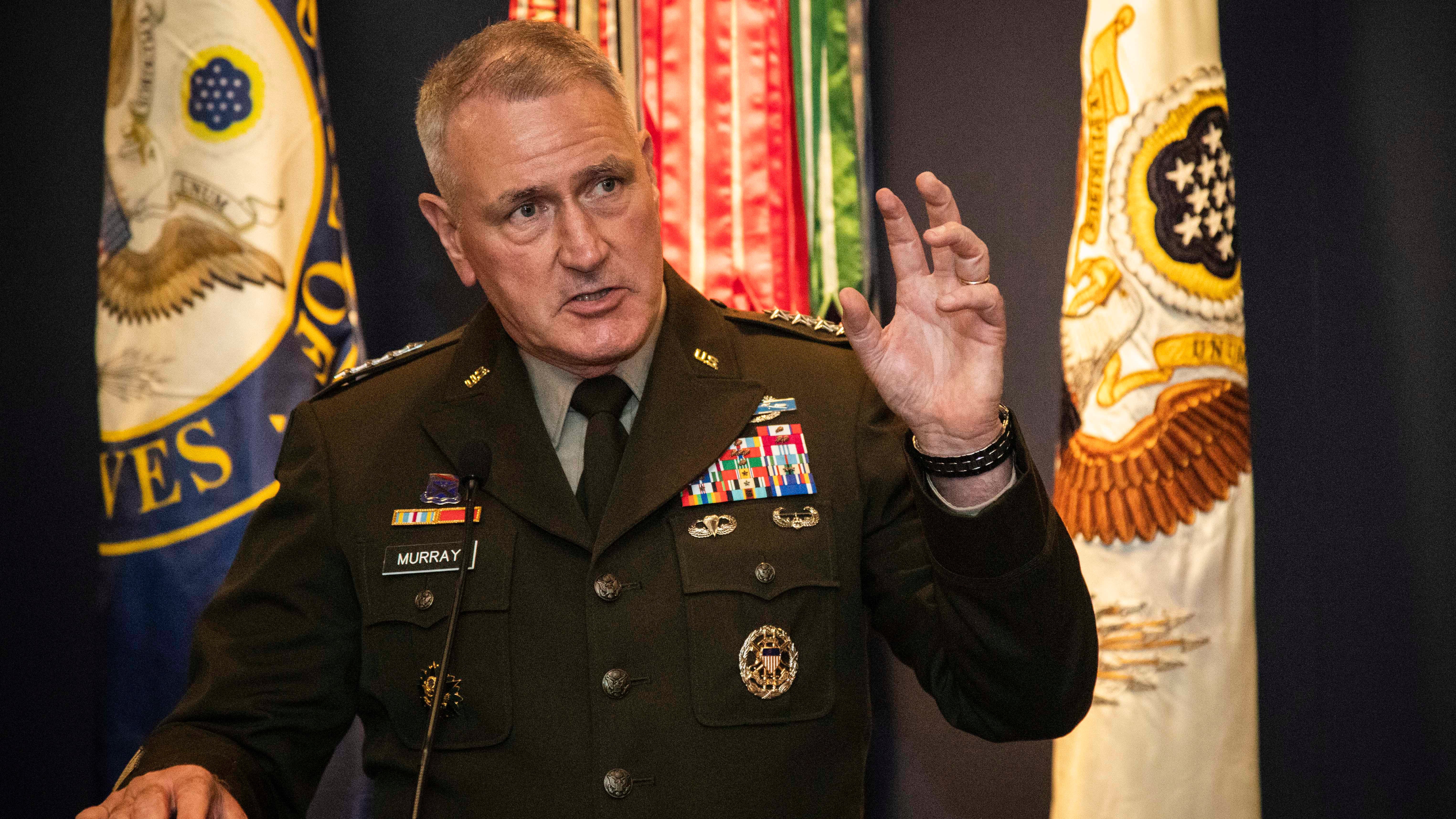 It’s been one year since the Army Futures Command was stood up, and in that time, it’s gone through significant growth and progress, with one key challenge along the way, the command’s top general said.

“I’m very, very comfortable with where we are along that path,” said Gen. John M. Murray, commanding general of Army Futures Command.

When Army Futures Command was established on July 31, 2018, it had just 13 people on the ground at its headquarters in Austin, Texas, he said. A year later, when the command reached full operational capability, it had 24,000 soldiers and civilians in 25 states and 15 countries.

Speaking Sept. 4 at the Defense News Conference in Arlington, Virginia, Murray described five key areas the command focuses on: Understanding the future operational environment and the full structure the Army needs in order to operate in that environment, tracking technological advancements among competitors, figuring out operational concepts, and looking into capabilities.

“Things are progressing along,” Murray said, adding that it’s not going to be a quick process.

Murray said the only real challenge he’s seen in the last year is trying to stand up a command and operate at the same time. Looking forward into the next year, another challenge the Army is likely to face again is the budget.

Certain programs, such as the cross-functional teams, will be fully funded, he assured the audience.

“There’s a lot less resources available to look at this time around,” Murray said.