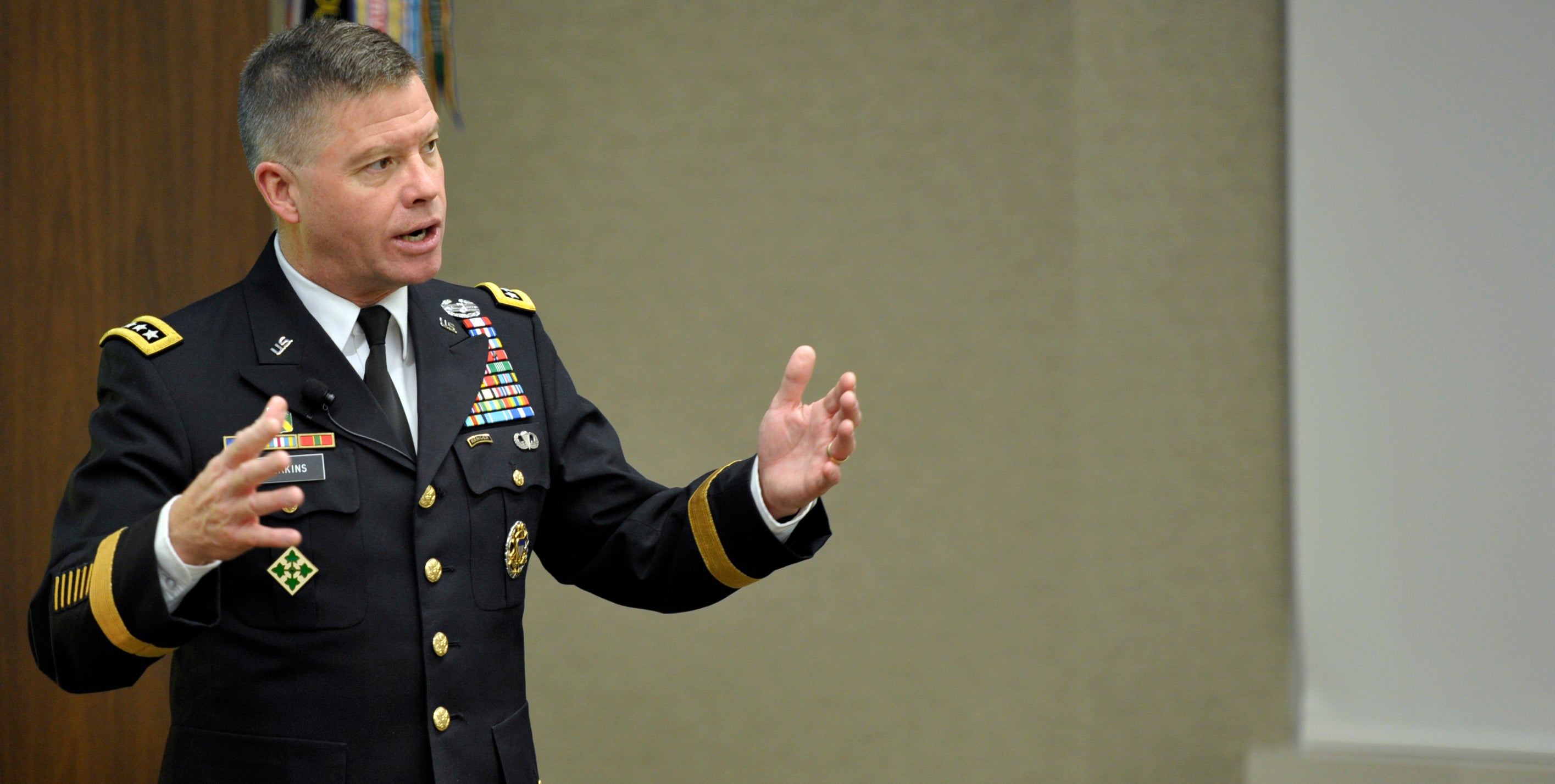 The Multi-Domain Battlefield operating concept shaping the Army’s future includes two big challenges: how to sustain a force in a fluid, fast-moving fight, and how to operate without constant communication, warns one of the Army leaders shaping the new doctrine.

Speaking at breakfast hosted by the Association of the U.S. Army’s Institute of Land Warfare, Gen. David Perkins, U.S. Army Training and Doctrine Command commanding general, said senior commanders will have to learn to give orders “broad enough so when and if you lose communication,” the commander on the battlefield will understand and follow command intent. That means “people have to be very comfortable not being in constant communication,” he said.

The Army also needs to find a way to “reduce the load of sustainment” of forces in the heat of a battle, Perkins said, noting this is important because protection and sustainment can be bigger challenges than lethality of forces.

Perkins was speaking at an event held at AUSA’s Conference and Event Center in Arlington, Va., of a new operating concept that expands on the AirLand Battle concept of maneuver forces that has been widely studied by other countries. Multi-Domain Battlefield is built on the core principle of expanding capabilities to prevent adversaries from taking advantage of seams among air, land, sea, space and cyberspace. An example used by Perkins is for land-based artillery and rockets to protect U.S. Navy ships.

The concept will be tested with exercises in the Pacific and Europe beginning next spring, he said.