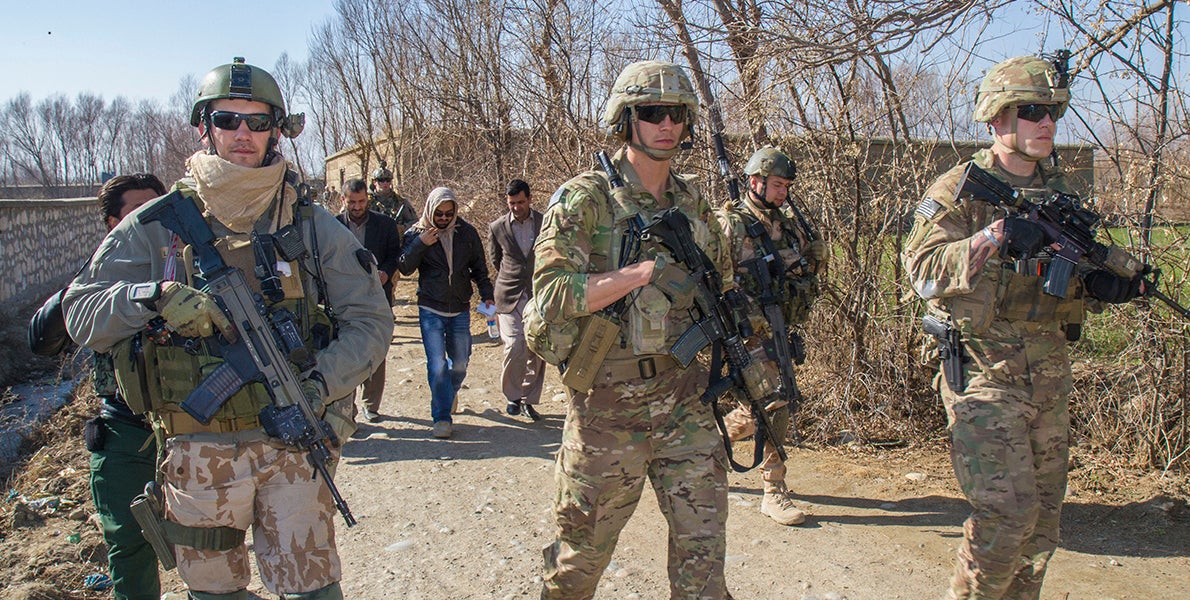 Army Gen. John W. Nicholson told Congress he needs “a few thousand” more troops for his mission to train, advise and assist Afghan forces to break what he called a stalemate in the battle with radical Islamic terrorist groups in that nation.

The U.S. currently has about 8,400 troops in theater supporting both missions. Nicholson said under current limits, deploying U.S. Army units may be forced to leave some soldiers home.

He cited the 1st Infantry Division’s 1st Combat Aviation Brigade out of Fort Riley, Kan., as an example. The brigade is deployed in Afghanistan “with their helicopters, their pilots and their staffs,” Nicholson said.

“But because of our troop limitations, we left their mechanics back at Fort Riley and substituted contract mechanics. This contract for maintenance runs into the tens of millions of dollars, and then the soldiers trained to be mechanics are sitting back at Fort Riley not having the opportunity to do their jobs.

“From a commander’s standpoint, I would rather see soldiers doing what soldiers are trained to do and not have that work done by contractors, which is inevitably expensive,” he said.

Nicholson said if authority was granted to “thicken our advisory effort”—which could be a mix of U.S. and allied troops—then he would look to assign the additional personnel to Afghan forces below corps level to help them develop offensive capabilities, particularly in the special operations and helicopter communities.

“That will allow them to overmatch the Taliban, or any other group anywhere around the country,” Nicholson said. “Providing Afghan forces with offensive capabilities is what will break the stalemate.”

About 13,300 military personnel from 39 nations are deployed in Afghanistan.