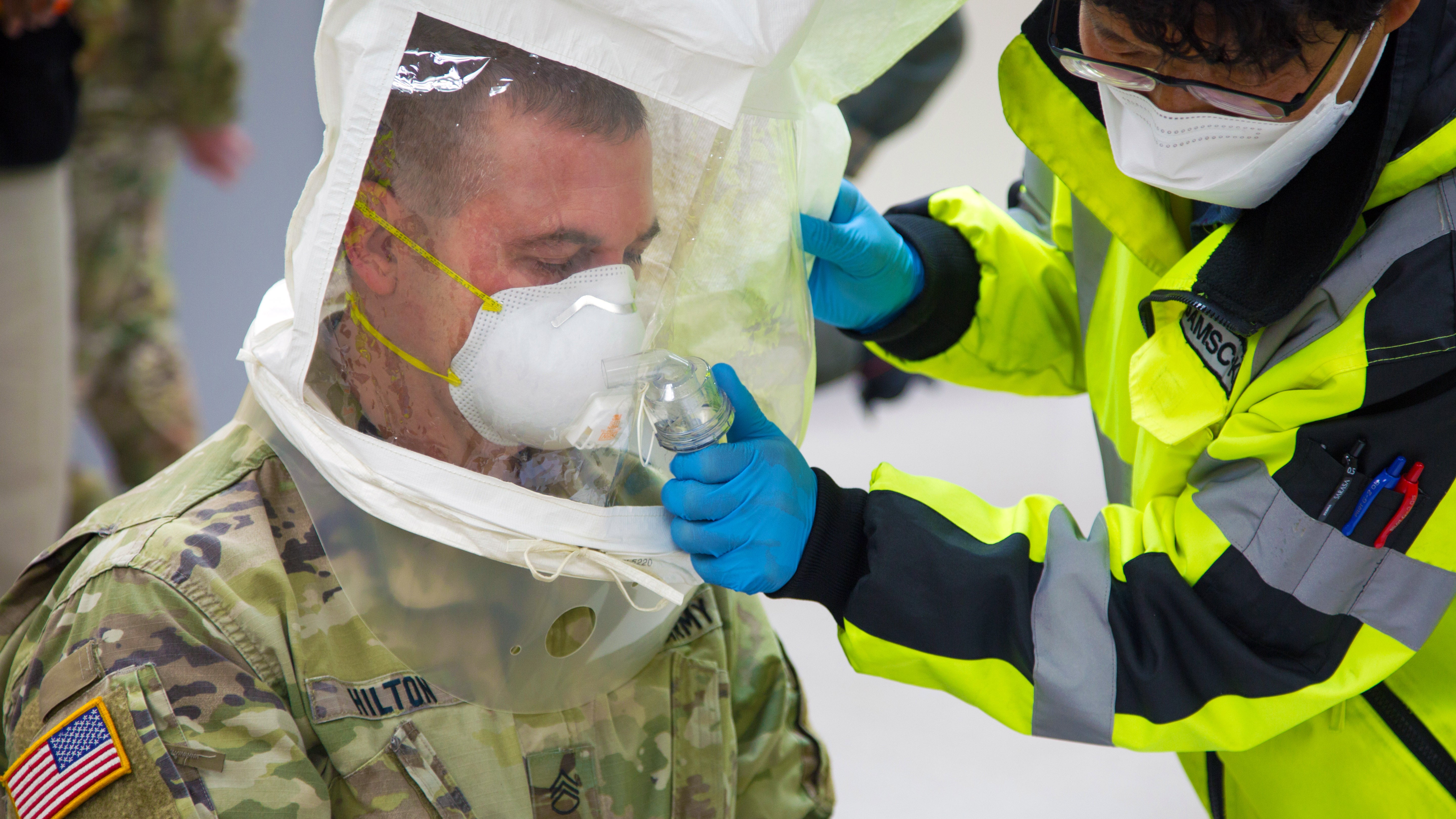 Medical personnel are “multitasking” to help combat COVID-19 in New York City, where thousands of service members continue to come together at the front lines.

“We’ve been multitasking in a variety of ways to help assist the hospitals as they call us,” said Lt. Col. Leslie Curtis, chief nursing officer for the 9th Hospital Center of Fort Hood, Texas, who is among those supporting efforts in hard-hit New York City.

Military medical personnel from the Army, Navy and Air Force—including doctors, nurses and respiratory specialists—have traveled to the city to augment staff in 11 of New York’s public hospitals and help with emergency service missions.

The military medical teams “are actively filling a 24-hour operation” in New York, where 20–30 personnel are onboarded in a day, Curtis said.

“We have the ability to scale up to whatever the demands are based on the needs of the city or any particular mission that is required,” Curtis said.

The Army’s presence in New York is part of a larger response effort to combat the virus in the U.S.

Each 85-member task force, which includes doctors, nurses, respiratory specialists, pharmacists and psychologists from the Army Reserve, can provide the same service as a 250-bed hospital. The idea is to send these task forces to local hospitals where they will augment the staff there.

In addition, more than 30,000 National Guard troops are deployed to support response efforts in every U.S. state and territory. The Guard members, who are brought on duty by the states as needed, provide transportation, communications, logistics, medical support and mortuary affairs.