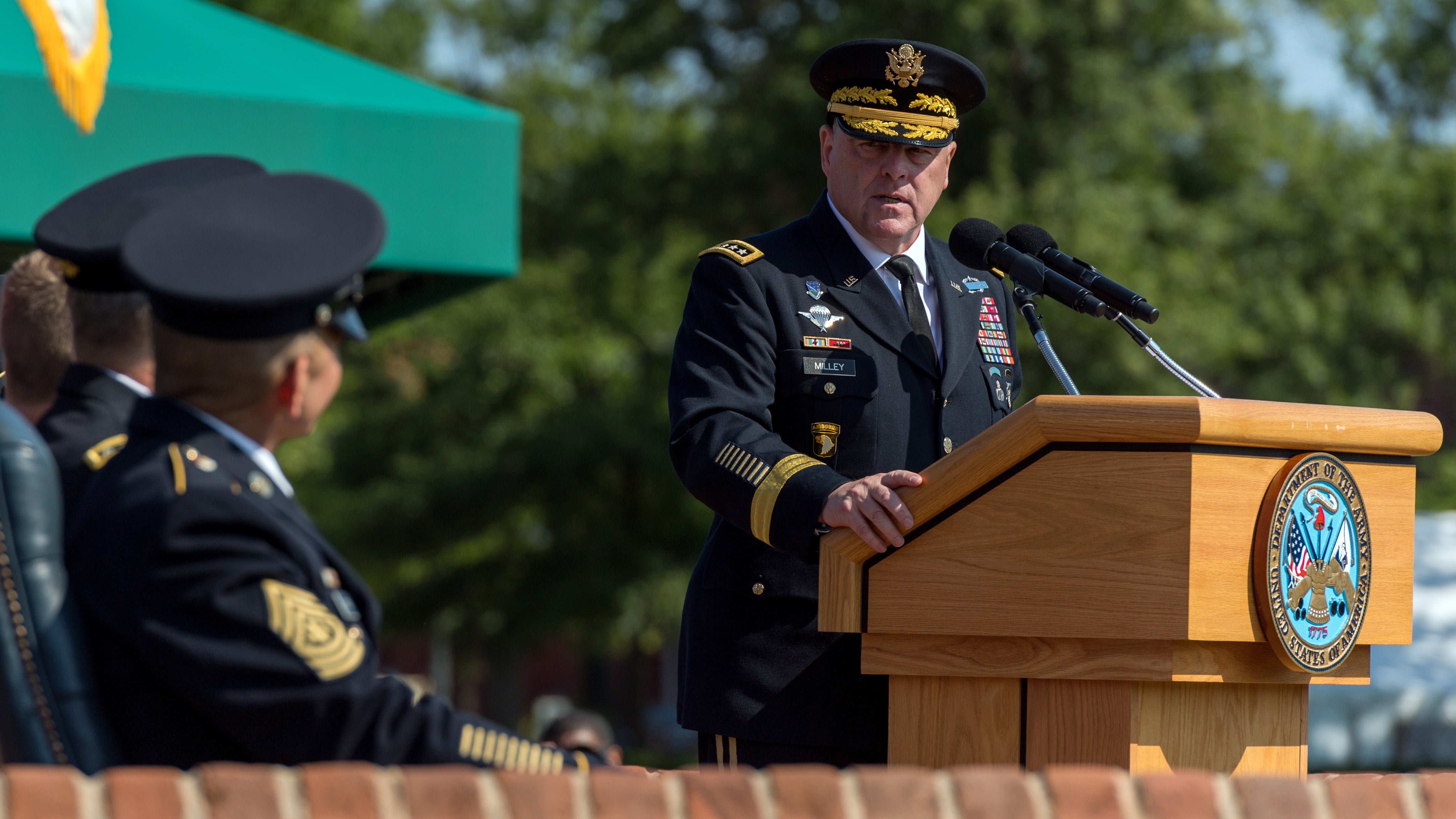 The Army must keep up the momentum as it prepares for an era of great-power competition, outgoing Army Chief of Staff Gen. Mark A. Milley said.

In his remarks during an Aug. 9 change of responsibility ceremony where Gen. James C. McConville was sworn in as the Army’s new top general, Milley said the Army is “in much better shape today” because of support from the nation’s civilian leaders and “the efforts of tens of thousands of people” across the force.

“Our Army is incredible, and our Army is strong, and our Army is getting stronger,” Milley said. “Our men and women on the ground, in the mud, walking into harm’s way and defending freedom—America’s soldiers deliver results day after day.”

Looking ahead, “our Army has momentum, and we need to build upon it over the next several years,” Milley said. “We know the United States Army is very expensive, but we also know that losing a war is far more costly.”

Milley, who will soon become the next chairman of the Joint Chiefs of Staff, said the world continues to be “dangerous and complex,” and the Army remains engaged in a “difficult and long-term struggle against terrorists in Iraq, Afghanistan, Syria and elsewhere.”

But the Army—and the military as a whole—simultaneously is witnessing a return to great-power competition. “We want to prevent a great-power war, and we want to preserve a great-power peace,” Milley said. The way to do that is through a strong and ready military and robust ties with America’s allies and partners, he said.

As he said farewell to the Army, Milley thanked his family and his staff for their support and hard work. And he praised McConville and new Sgt. Maj. of the Army Michael A. Grinston, who succeeded outgoing Sgt. Maj. of the Army Daniel A. Dailey during the same ceremony, as the “right leaders at the right time.”