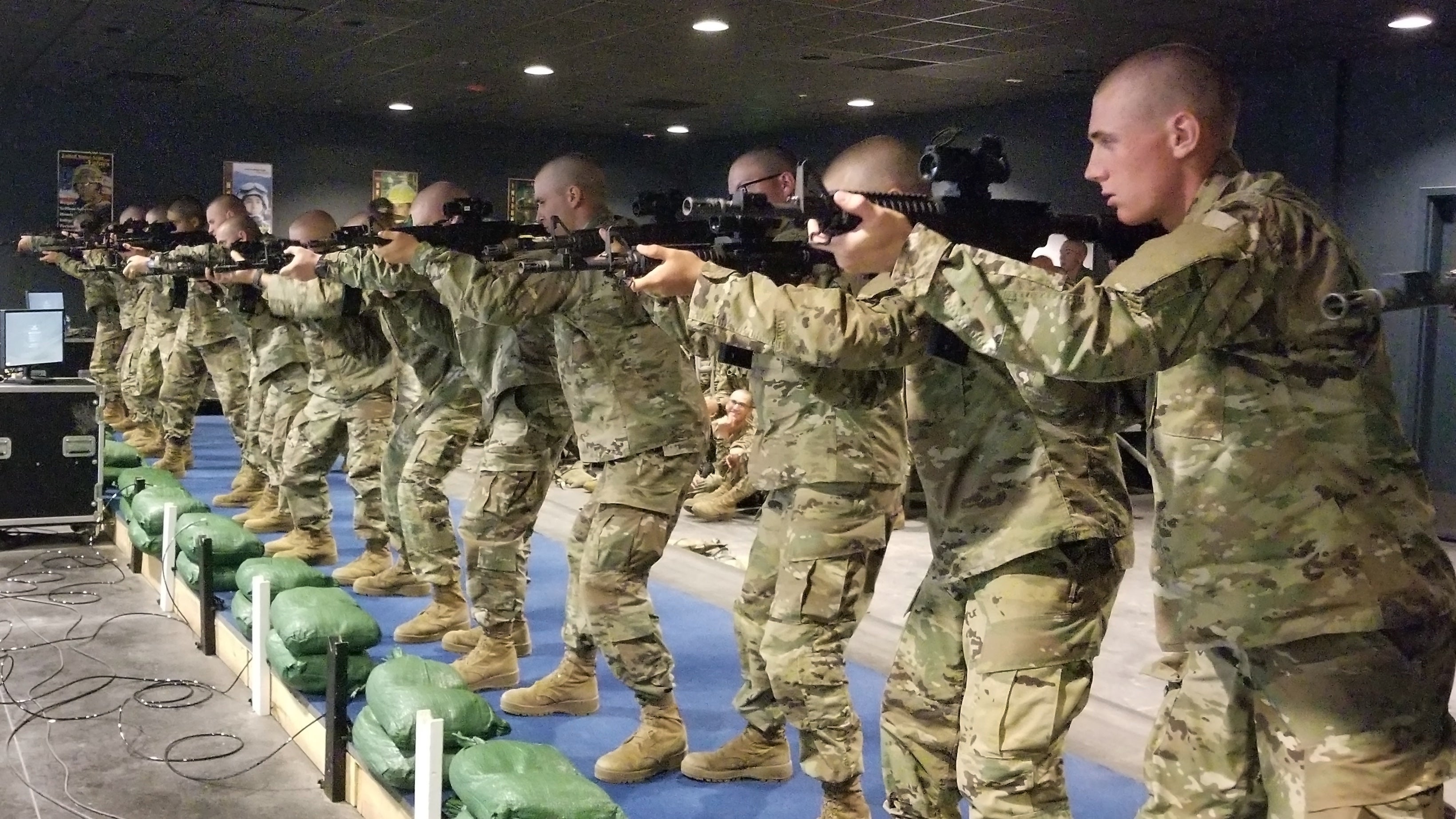 The Army fell short of its fiscal 2018 recruiting goal because it was “unachievable” from the outset, Army Chief of Staff Gen. Mark A. Milley told the House Armed Services Committee, explaining that while unit manning has improved, it will require a sustained effort.

Having missed last year’s recruiting goal by 6,500, the Army has implemented a plan that grows the service’s end strength by 2,000 soldiers a year over the next five years. The Regular Army would grow to 480,000 soldiers, while the Army National Guard would increase to 336,000 and the Army Reserve to 189,500.

“We missed the mark by 6,500, but we did that because I set the bar too high on an unachievable goal,” Milley said at an April 2 hearing to review the Army’s fiscal 2020 budget request. “We had a very, very ambitious goal last year, and we came up short, but we did achieve a 10-year high” of 70,000 recruits, “so it wasn’t like we had a bad recruiting year, we just missed the mark that we set.”

Milley said despite the recruiting shortfall, unit manning is significantly improved. The Army has worked to fill the “manning holes” in the existing force structure so units can execute major training exercises at 90 percent of capacity or greater, and reduced the number of soldiers unable to deploy.

“When I became chief 3½ years ago, there were three brigade combat teams at the highest level of readiness. Today, we’ve got, roughly speaking, 28 as of about December. That’s a significant improvement, but it’s not where we need to be,” Milley said.

The Regular Army will be at the goal of 66% of units at the highest level of readiness “sometime in 2022,” and the National Guard and Army Reserve will reach a goal of 33% in the same timeframe. The “long pole in the tent,” though, will always be manning, Milley said. The goal is to fill out combat formations first and then “look at other formations.”

“We have improved our readiness significantly in the last two years or so, but you’re not going to dig yourself out of an eight- or 10-year hole, plus all the cost of fighting a war in Iraq and Afghanistan, in just two budget cycles,” Milley said. “This is going to be a sustained level of effort.”