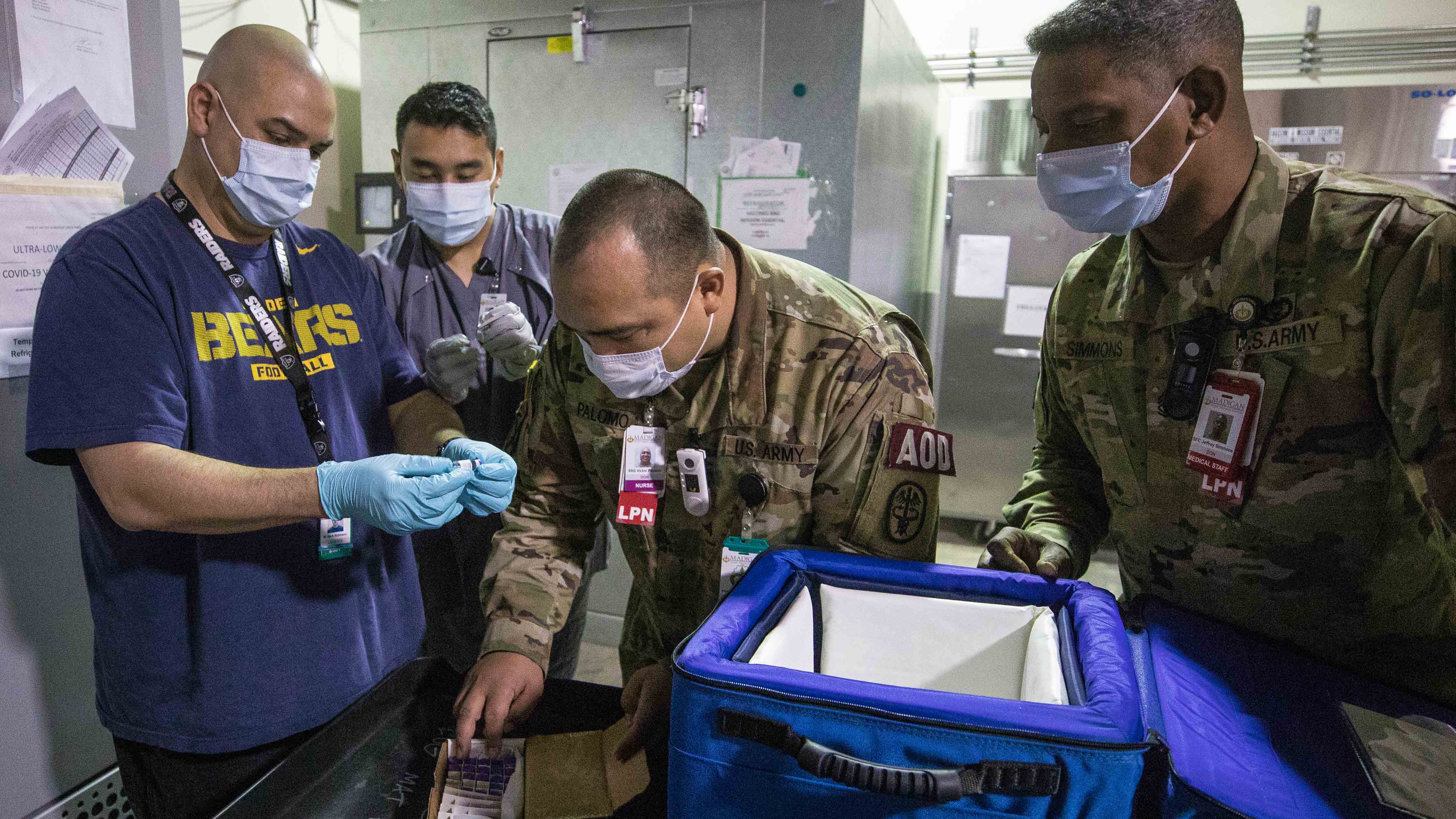 Hundreds of medical service members are already augmenting hospital staffs across the country, in addition to thousands of National Guard troops who are supporting COVID-19 efforts in 49 states.

COVID-19 is “one of the most formidable enemies America has ever faced,” Biden said.

In the last week, there have been more than 5.3 million COVID-19 cases in the U.S., with most people testing positive for the highly contagious omicron variant, according to the Centers for Disease Control and Prevention. More than 840,000 people in the U.S. have died since the pandemic began almost two years ago.

More than 15,200 Army and Air National Guard members have been activated for COVID-19 response operations in 49 states and territories, according to the National Guard. Over 6,000 of them are “providing direct support to medical facilities.”

“Just since Thanksgiving, over 800 military and other federal emergency personnel have been deployed to 24 states, tribes and territories, including over 350 military doctors, nurses and medics helping to staff the hospitals that are in short supply,” Biden said. “This is on top of more than 14,000 National Guard members that are activated in 49 states.”

Six additional medical teams will be deployed to states that have been hard-hit by the pandemic, Biden said Jan. 13.

Biden called on citizens to unite to fight the pandemic and thanked the military medical teams.

“We’ve got to work together, not against each other. We’re Americans, we can do this,” he said. “To the military medical teams on the ground, thank you for everything you’re doing.”