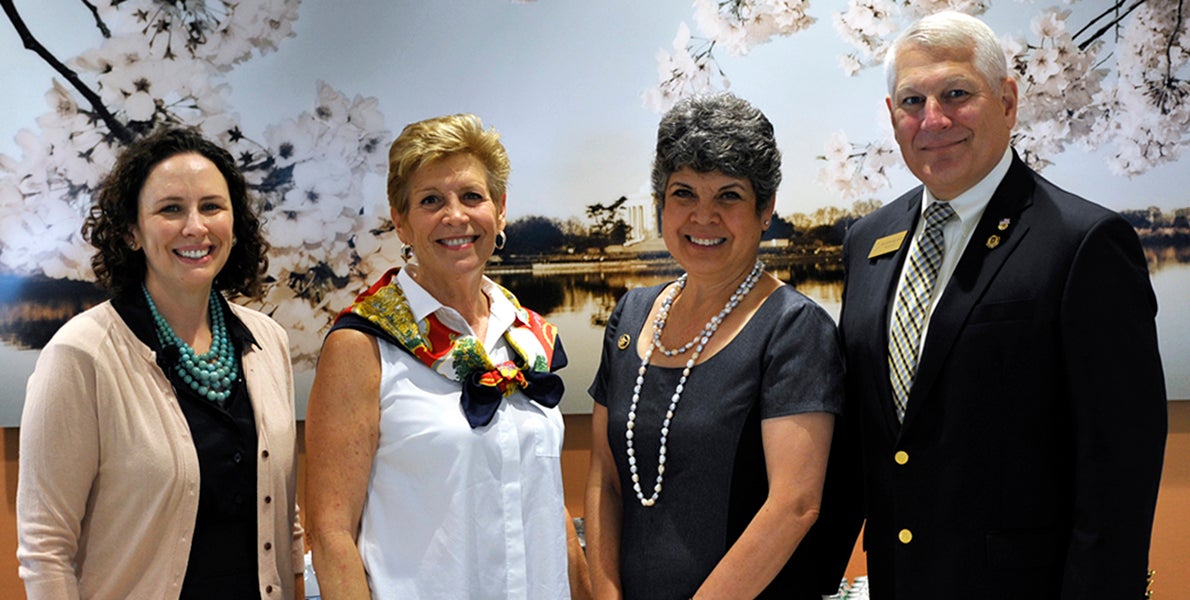 About 80 representatives of military family nonprofit groups are meeting Aug. 26 at the Association of the U.S. Army to discuss ways to share resources and expertise.

Called “Learning and Leaning In,” the one-day event is co-hosted by AUSA and the Military Spouse

JD Network, and is being held in AUSA’s Conference and Event Center in Arlington, Va.

Retired Army Gen. Carter F. Ham, AUSA’s president and CEO, said while military families generally receive strong support from the services and community, more can be done. “Today is not an end. It is one more step,” Ham said.

Josie Beets, president of the Military Spouse JD Network, said the meeting is intended to build long-term relationships among organizations that have similar goals, and she encourages discussions that are “bold” and “optimistic.”

Panel discussions and workshops include topics such as fundraising, case studies of successful programs, and ways for like-minded nonprofit associations to share resources and promote each other’s events.

The idea, said Patricia Barron, AUSA Family Readiness director, is to increase the reach of military family programs by having a “collective impact” that is greater than one nonprofit could do on its own.