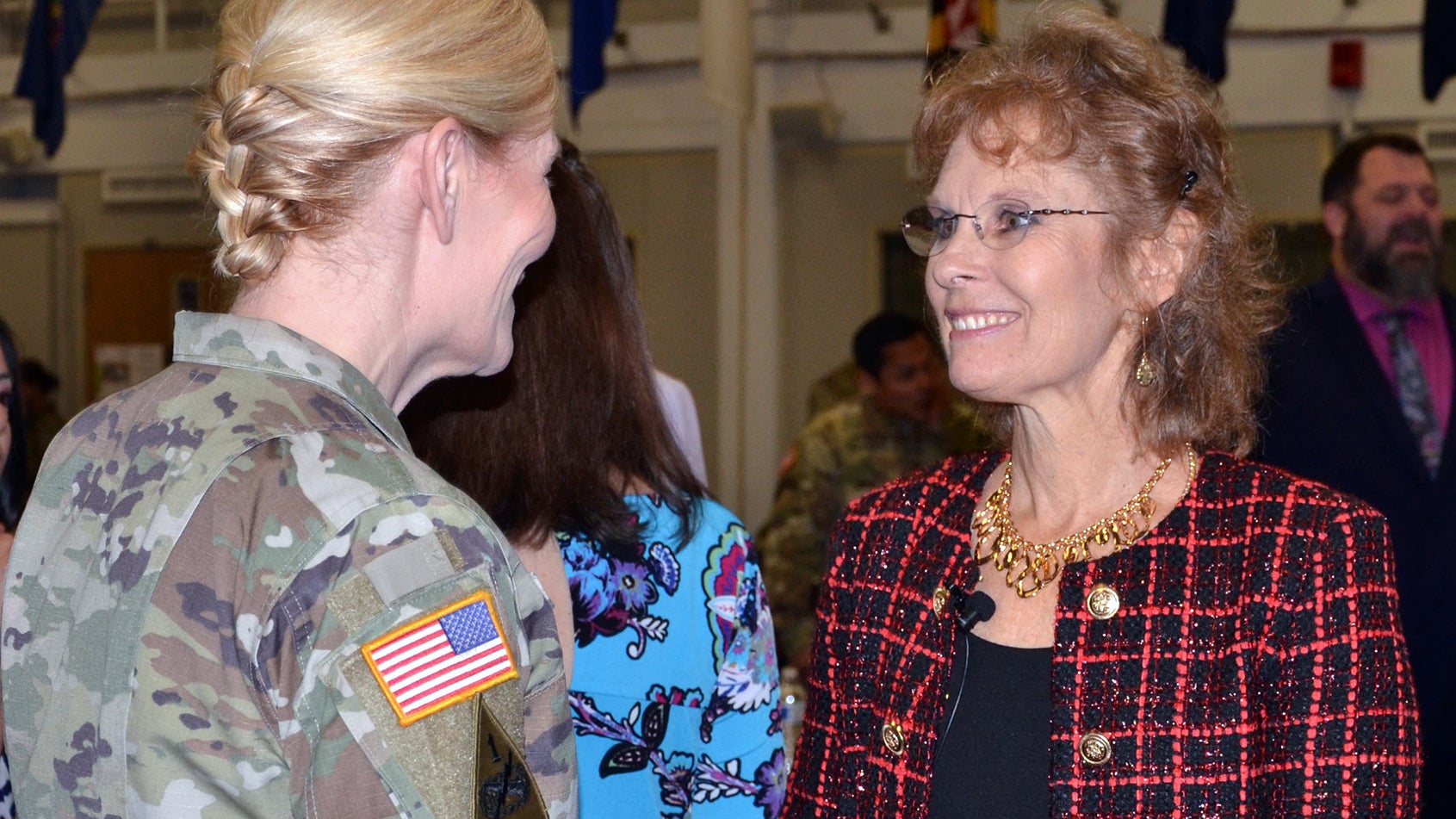 “Army families are not just surviving in crisis. Army families are thriving,” she said during during a virtual town hall meeting titled “Self Care and Resiliency for Military Families During COVID-19.”

Families are demonstrating “resilience” and “creativity and kindness, too,” McConville said. They’re working out together virtually, creating colorful sidewalk chalk art, conducting scavenger hunts and sewing masks for on-post essential workers. Chaplains and resiliency trainers are providing services online, including talking to single soldiers in the barracks about isolation, McConville said. Soldier and Family Readiness Groups are also conducting virtual meetings, “with higher attendance than ever before,” she said.

The April 28 town hall was part of the COVID-19 Military Support Initiative, a partnership launched by Blue Star Families to provide information, resources and expertise to support communities, states and military families during the pandemic.

As an Army veteran, Army spouse and mother to three soldiers, McConville said she can empathize with the uncertainty many families are dealing with during the pandemic, whether it be the “unforeseen stressors of telework” or the impact of the military’s travel restrictions.

Her oldest son, an AH-64 Apache helicopter pilot, was scheduled for specialized training in May, and he’s still waiting to see if that remains on schedule, she said. Her daughter, a licensed clinical social worker and embedded behavioral health officer, was supposed to deploy to Afghanistan this spring. The deployment was first put on hold, but now it’s back on, she said. And the youngest, a medevac pilot, has been on rotation to Europe since October, and his June return date is now up in the air, she said.

Her children have each called their father, the top officer in the Army, wanting to know if they are going to train or deploy or when they would be coming home, McConville said. When he tells them he doesn’t have any answers, “they call and text me to say, ‘Dad must know,’” she said with a laugh. “But I assured them that he doesn’t know. No one knows about this invisible enemy and how things will be handled tomorrow, let alone today.”

But the Army’s senior leaders are working tirelessly to minimize negative impacts on soldiers and their families, McConville said, adding that it’s critical for spouses to take care of themselves.

“Self-care does not look the same to everyone. The important thing is that we give ourselves permission to self-care,” she said. “A lot of times, as parents, we think we always have to put our kids first, but if we’re not taking care of ourselves, we may not be doing a very good job taking care of our kids.”