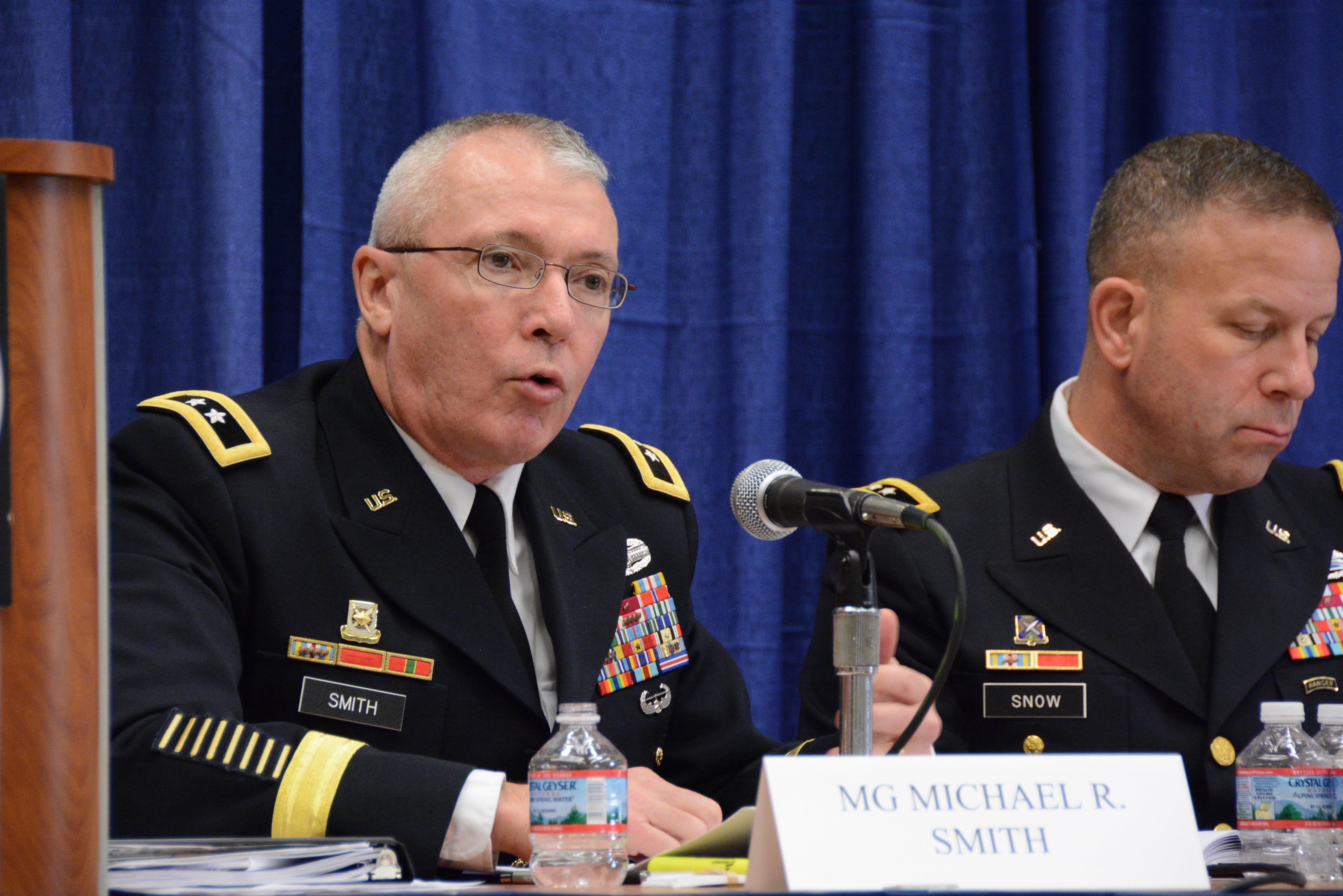 Fort Hood, Texas. The Washington Navy Yard in the nation’s capital. A military recruiting office and facility in Chattanooga, Tenn. All are recent locations where U.S. military members became the victims of non-terrorist related violence.When such instances happen at U.S. military installations, “coordination with local law enforcement is vital,” said Maj. Gen. Michael Smith, director, HQDA G34 (Protection) with the U.S. Army Reserve.Speaking at a forum Wednesday during the Association of the U.S. Army’s Annual Meeting and Exposition, Smith said the G34 was set up to facilitate coordination in the wake of the first Fort Hood shooting, in 2009. G34 now coordinates across all of the military services and with law enforcement at the federal, state, municipal and tribal nation levels.The attack on a recruiting station in Chattanooga prompted new reviews of how to protect facilities located away from military installations, he added. (A Navy facility was also targeted in that attack.)Sheriff J. “Al” Cannon, from Charleston, S.C., said when attacks like these take place, “The FBI is not going to be your first call. It’s going to be local law enforcement.”Cannon also said that with the large concentration of military facilities in Charleston, he has taken a “unified command approach” to better coordinate with military security forces. He urged all military officials to improve communication and coordination with local first responders.Likewise, Assistant Police Chief Lamar Greene, with the Homeland Security Bureau of the D.C. Metropolitan Police, said his force has been working with security officials at the Washington Navy Yard in the wake of the 2013 shootings there.Greene said his officers have held several training exercises with security personnel at both the Navy Yard and Fort McNair, also in the nation’s capital. He asked military security officials to reconsider lockdown orders may restrict the efforts of local law enforcement.