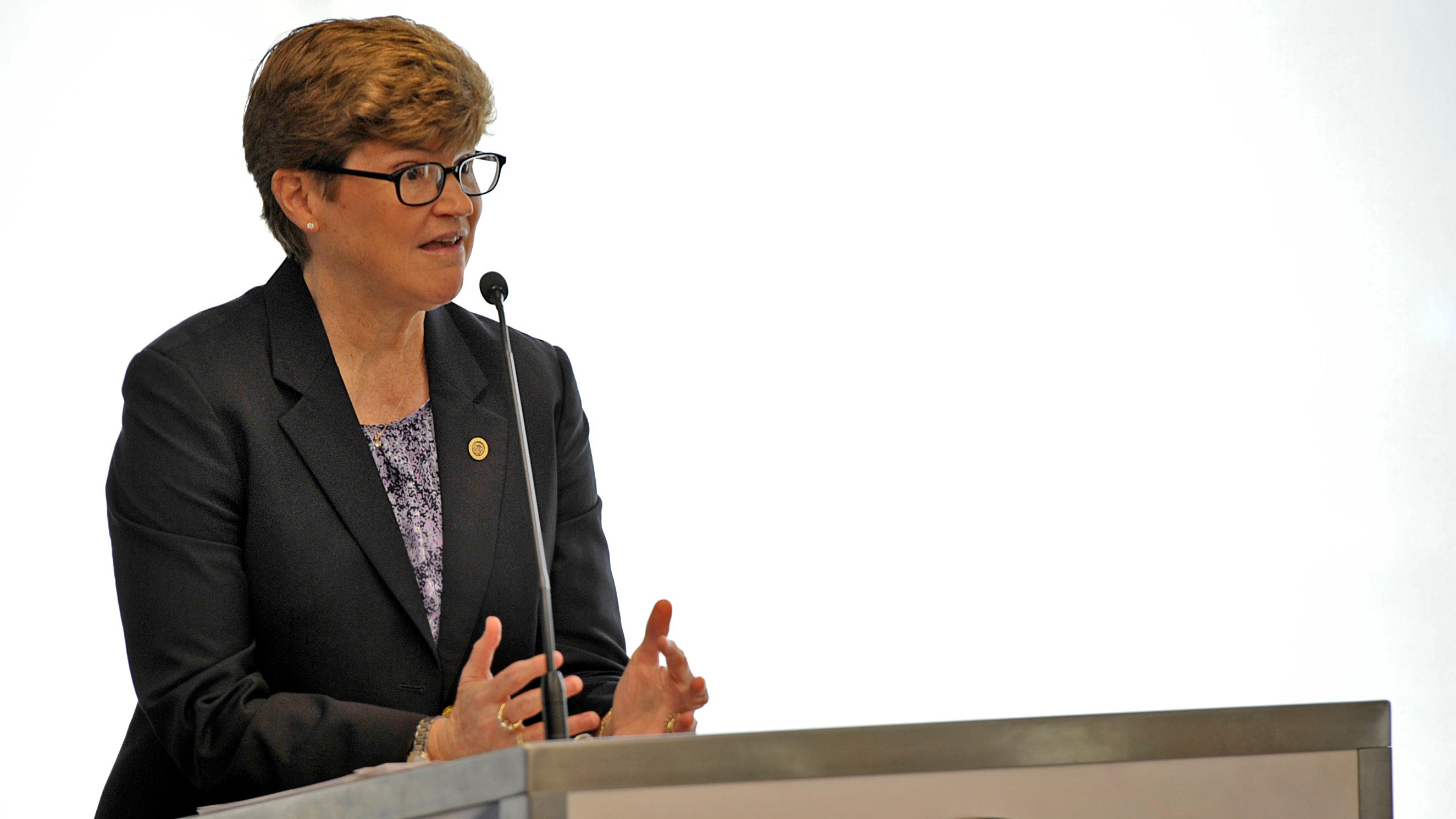 The head of the Defense Advisory Committee on Women in the Services, who spent 35 years in the Air Force before her 2015 retirement, says the military evolved during her military service.

“We are in a cultural revolution,” said retired Air Force Gen. Janet C. Wolfenbarger, describing the “huge progress” made during her lifetime in the role and treatment of women in the military. “It is clear the glass ceiling has been broken,” she said during a Women’s History Month address at the Association of the U.S. Army.

Wolfenbarger, whose term as chair ends in 2019, said there is still much work to be done. The committee’s 2017 report, completed March 1, includes recommendations about improving recruiting and retention of women, better assignment treatment of dual-military couples, expansion and more flexibility for maternal and paternal leave, expansion of affordable child care and 24-hour care options, improvements in health care for deployed women and getting properly fitting gear and uniforms for women. While hoping for the day when an advisory panel such as DACOWITS is no longer needed, she said, “I am absolutely certain it won’t be during my tenure.”

Retired Sgt. Maj. of the Army Kenneth Preston, AUSA’s vice president for NCO and Soldier Programs, is vice chair of DACOWITS, and retired Sgt. Maj. Norma Helsham, an AUSA communications and social media program manager, also serves on the 20-member advisory panel that reports to the secretary of defense.

Wolfenbarger is part of U.S. Air Force Academy Class of 1980, the first to include women. She recalled it was a stressful but rewarding experience, one leading to her commissioning just as the military was changing policies related to women like the separation of those who became pregnant and strict limits on the number of women who could serve and what jobs they could hold. “I saw a great evolution over those 35 years,” she said of her career.