Medic Who Earned Medal of Honor in Vietnam Dies

Medic Who Earned Medal of Honor in Vietnam Dies 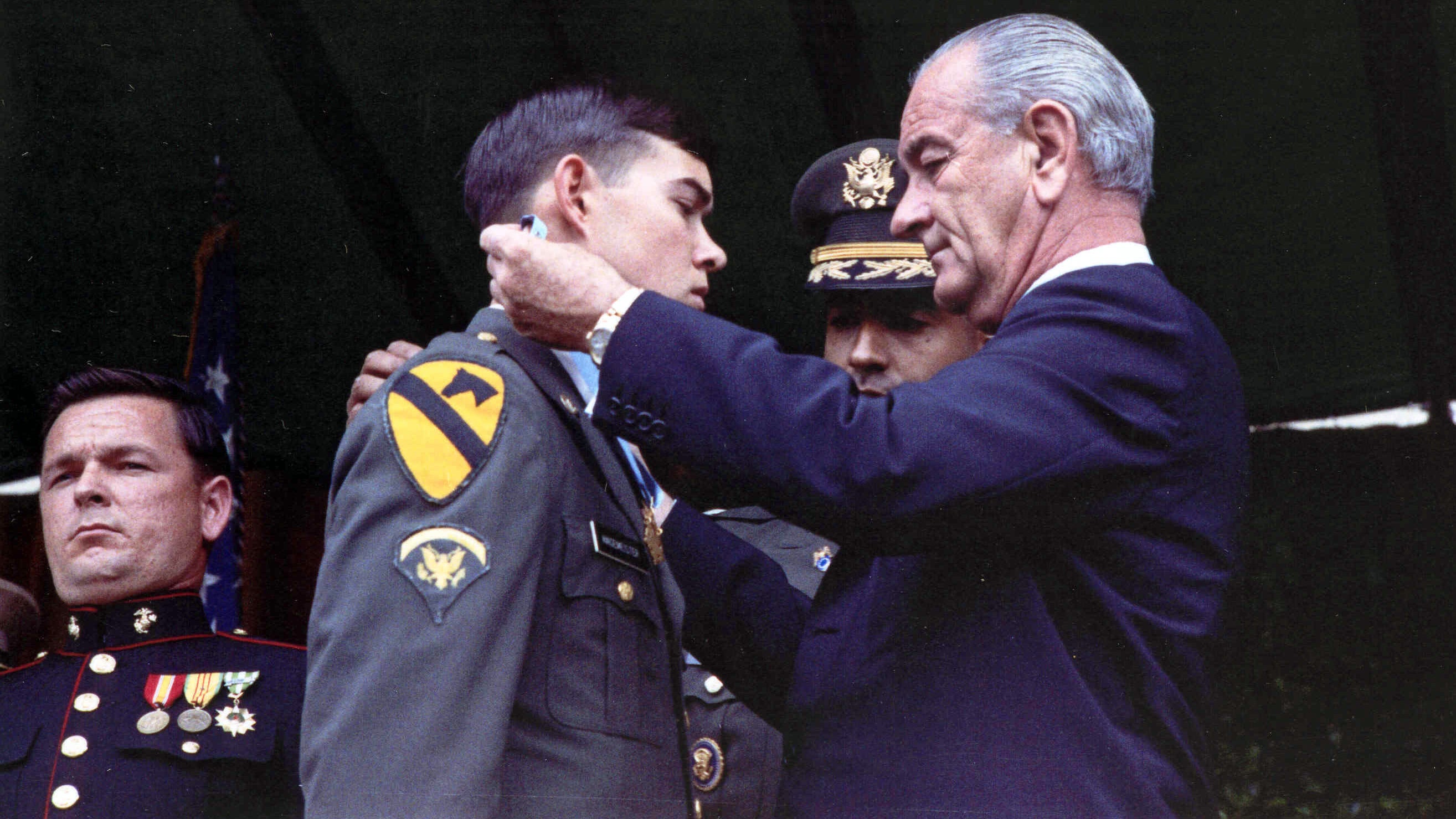 Retired Lt. Col. Charles Hagemeister, a combat medic who received the Medal of Honor for saving wounded soldiers during a fierce firefight in Vietnam, died May 19 in Leavenworth, Kansas. He was 74.

Hagemeister, who at the time was a specialist fourth class after being drafted in 1966, was awarded the nation's highest military honor for his actions on March 20, 1967, when his platoon was sent to secure the village of Tan An and prevent the escape of North Vietnamese regulars, according to the Congressional Medal of Honor Society.

Seeing two of his comrades wounded, Hagemeister “unhesitatingly and with total disregard for his safety” ran through enemy fire to provide medical care. He continued to crawl onward after hearing that his platoon leader and other soldiers had been injured.

While providing treatment, a Vietnamese sniper targeted Hagemeister and the wounded soldiers. “Hagemeister seized a rifle from a fallen comrade, killed the sniper, three other enemy soldiers who were attempting to encircle his position, and silenced an enemy machine gun that covered the area with deadly fire,” the citation says.

He then dashed back through more enemy fire to secure help from a nearby unit to evacuate the wounded men.

Hagemeister, who was an honorary life member of the Association of the U.S. Army, was presented the Medal of Honor by President Lyndon Johnson in May 1968 in a ceremony at the Pentagon. He retired from the Army as a lieutenant colonel in June 1990, according to the Medal of Honor society.

In a July 1968 interview with Army Digest, Hagemeister said, “The pressure of a crisis situation makes you realize what you’re made of. If you do your job and a little bit for somebody else, you’ll usually come through,” according to the Medal of Honor society.