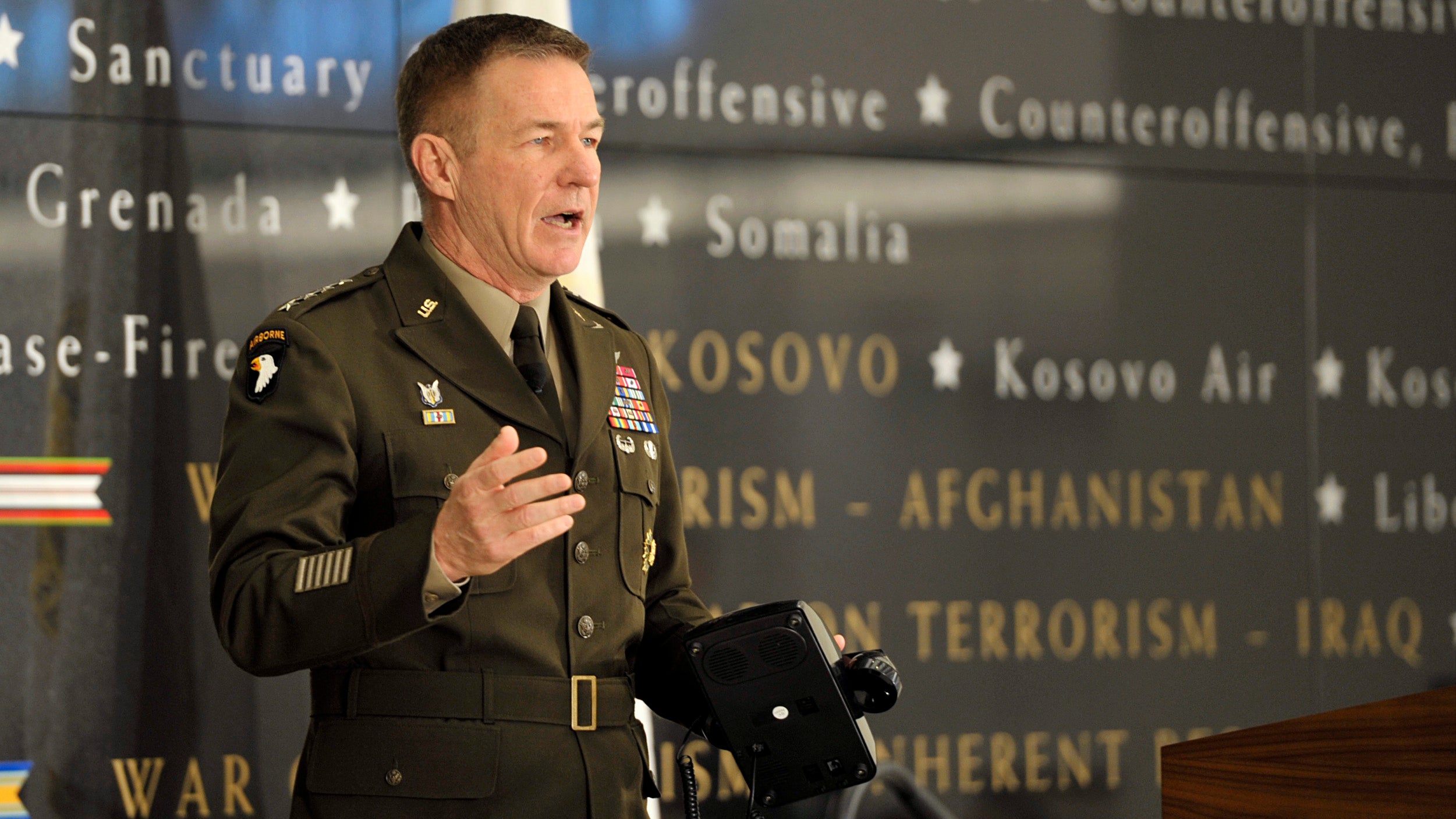 Winning, not trying hard, is the ultimate goal of the U.S. Army, Army Chief of Staff Gen. James McConville said Jan. 21 in a speech at the National Museum of the United States Army at Fort Belvoir, Virginia.

“‘People first, winning matters’ is more than just a slogan,” he said, speaking at a breakfast hosted by the Association of the U.S. Army.  “People first is a philosophy,” he said. “Winning matters is an attitude.”

The museum opens to the public on June 4 in a run up to a big celebration marking the Army’s June 14 birthday. McConville called it a “world-class facility and a fitting tribute to the heroism and heritage of our soldiers and our Army.”

Since he became chief of staff in August, McConville has directed a far-reaching effort directed at improving the quality of life of soldiers and their families, and to adjusting personnel and assignment policies. “I believe that if we take care of our people, get them in the right jobs at the right time and the right place, they will deliver on our Army priorities of readiness, modernization and reform,” he said in his museum speech.

The changes are working, he said. “We are not going to try hard. We are going to win.”

The Army has transformed before, McConville acknowledged, but he doesn’t want people to be constrained by their experience.

There is a role for everyone in the effort, he said.  “Experience is important, but sometimes new and different perspectives are necessary for innovation. Though that innovation may come from a colonel or a general, it might also come from a lieutenant, a sergeant or someone from industry or academia or a combination of many.”