McConville: Army Must Innovate to Succeed

McConville: Army Must Innovate to Succeed 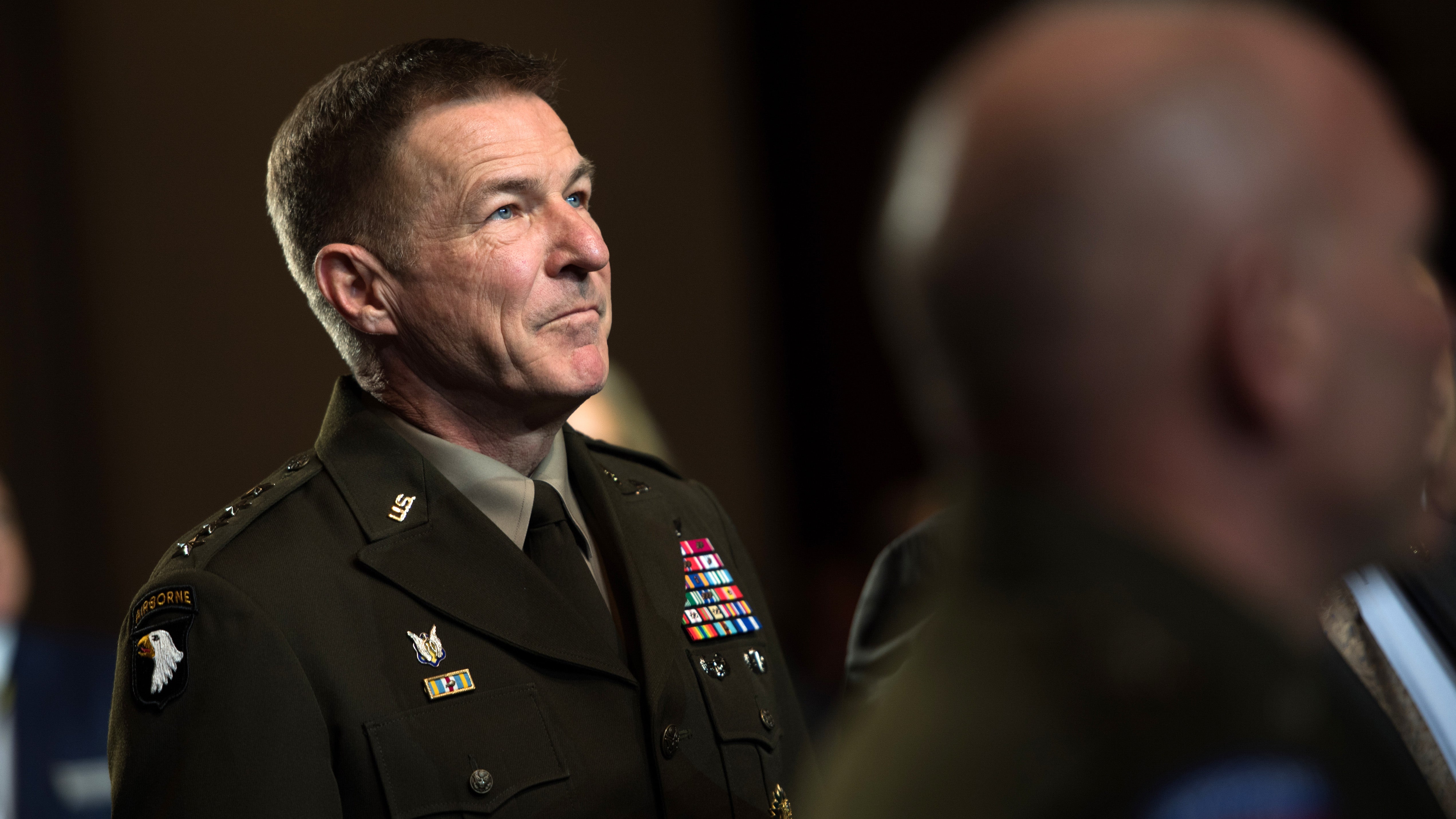 The Army is taking a close look at itself—from how it fights to how it recruits, trains and equips soldiers—as it transitions from almost two decades of counterinsurgency warfare and prepares to fight a near-peer competitor.

To get there, the Army is looking at the force it has today, McConville said during a Jan. 14 discussion at the Atlantic Council in Washington, D.C.

The Army is developing the Multi-Domain Operations concept, which will outline how it will fight when troops are contested in every domain, McConville said. The Army is also standing up new organizations, including multidomain task forces and security force assistance brigades, and developing new training centers to include cyber ranges and more robust virtual reality and augmented reality training.

It also is moving ahead on its six modernization priorities to get modern, more lethal weapons systems into units and soldiers’ hands.

As the Army works to leverage growing technologies such as artificial intelligence and autonomous vehicles, it plans to find ways to make those capabilities work for soldiers, McConville said.

For example, AI can help the Army create more capability using fewer people, he said. “If we’re going to move a large amount of troops, I don’t necessarily see us putting them in an aircraft with no one in front, but I can see where we may not need a four-person crew because the aircraft can navigate itself,” he said.

On the ground, there’s no reason why the Army should ever clear a minefield or go down a road with IEDs with a manned vehicle in the lead, McConville said.

When it comes to boosting the Army’s air and missile defense capabilities, which is one of the six modernization priorities, McConville said he envisions an integrated sensor and shooter capability.

“Every radar or every sensor is tied into some type of an integrated battle system so you can have multiple shooters,” he said. This could include directed energy weapons, electronic warfare, missiles and high-powered microwaves, he said. “Our integrated battle system will pick the right system, the right shooter, to allow us to protect the force.”

Getting these leaps in technology are the reasons why Army leaders are encouraging innovation across the force, McConville said. “We have to think differently to get there,” he said.