McConville: Army Must Eradicate What ‘Divides Us’

McConville: Army Must Eradicate What ‘Divides Us’ 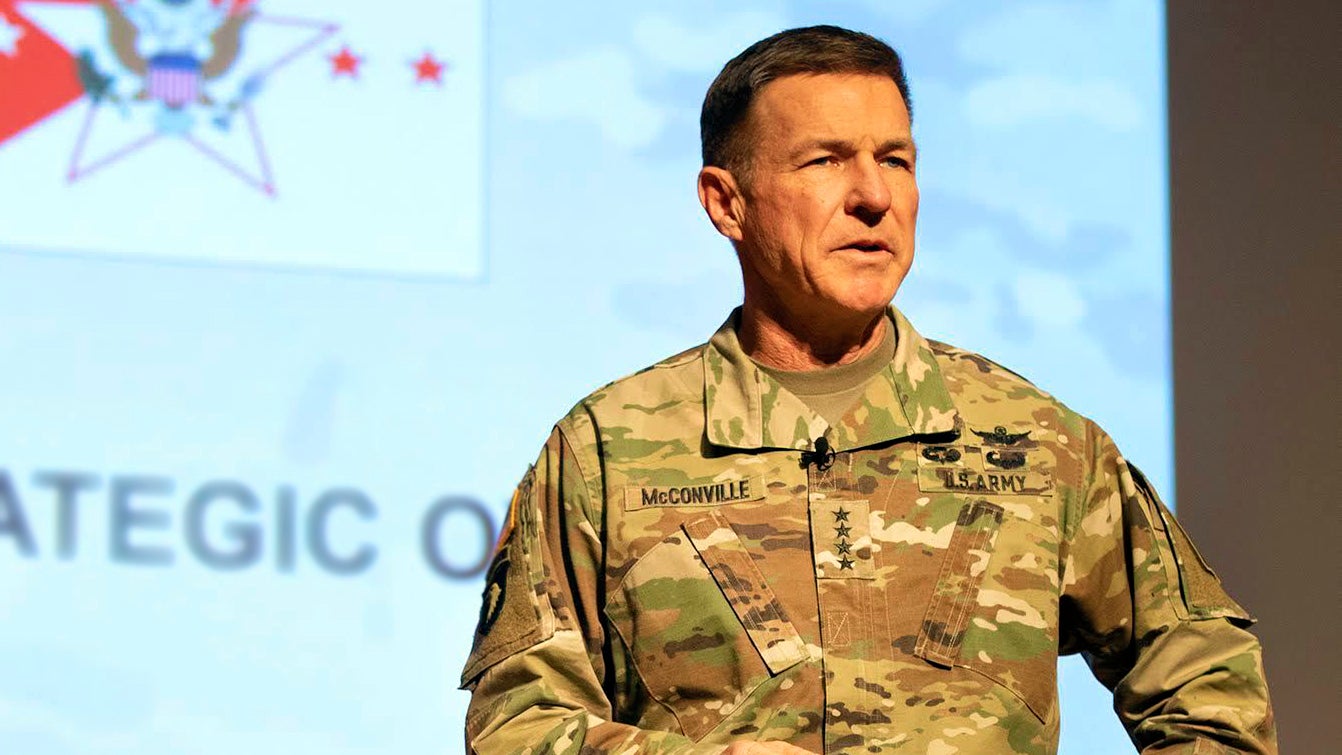 Army leaders are continuing to address critical issues facing troops today and press for change as part of the service’s efforts to take care of soldiers and their families.

“There's a lot of great things going on in the Army, but there's also some things that we need to address,” said Army Chief of Staff Gen. James McConville.

Speaking Oct. 1 at the virtual Fires Conference hosted by the Fires Center of Excellence at Fort Sill, Oklahoma, McConville addressed issues such as suicide prevention, racism and extremism, and sexual harassment.

“Anything that divides us, we have to eradicate within the Army,” he said, adding that these issues can break people’s trust and harm soldiers.

McConville called on commanders to “get after” these issues by building cohesive teams, meeting and connecting with their soldiers, and bringing people together—and he called on soldiers to take care of each other.

“We're in a very challenging time,” he said, stressing that now is the time “to put people first” and take care of soldiers, veterans and their families.

During a year marked by the COVID-19 pandemic, people around the world remain largely disconnected—and it’s had an impact on mental health. While the suicide rate in the military is the same as or below the civilian rate, it’s currently 25% higher than it was last year, he said.

“Everyone needs a friend, everyone has hard times, and what we have to help people do is see their way through things,” McConville said.

In a statement addressing DoD’s 2019 suicide report, which was released Oct. 1, McConville and Army Secretary Ryan McCarthy said the Army is working to improve access to behavioral health care while reducing the stigma around mental health.

“There is no single explanation for suicide, but the loss of even one soldier to suicide is too great,” they wrote. “We will continue to look hard at ways we can promote a culture of resilience and increase help-seeking behaviors.”

Sgt. Maj. of the Army Michael Grinston, who spoke Sept. 30 at the Fires Conference, addressed the “huge stigma” that continues to discourage soldiers from getting help. “I get frustrated by this,” he said. “We as senior leaders keep talking, [saying] it’s OK to seek behavioral health, but down to the squad leader, we haven’t convinced you all at the junior level that it’s OK.”

“It’s OK to go to behavioral health. We all need a check-up,” Grinston said, as he urged soldiers to look out for one another. “We’re all going to go through tough times, but we’re stronger together,” he said.

“We don't expect you to be behavioral health specialists, but we do expect you to identify soldiers going through rough times and ... [enable] them to get the help they need,” McConville said. “This is a big deal right now.”

The Army is also making progress on efforts to improve diversity and equality among soldiers through a new initiative called Project Inclusion and several other actions, including the removal of photographs and identifying information from promotion files.

The committee, which is expected to stand up by Dec. 1, will be similar to the Defense Advisory Committee on Women in the Services, which was created in 1951 and provides DoD with advice and policy recommendations related to military service by women.

“I would argue ... if everyone is treating each other with dignity, respect and taking care of each other, you won’t have sexual assault, harassment or racism and extremism in your formation,” McConville said.

“In the Army, it’s about people first,” he said. “The Army is people. It’s our greatest weapon, our most important asset.”