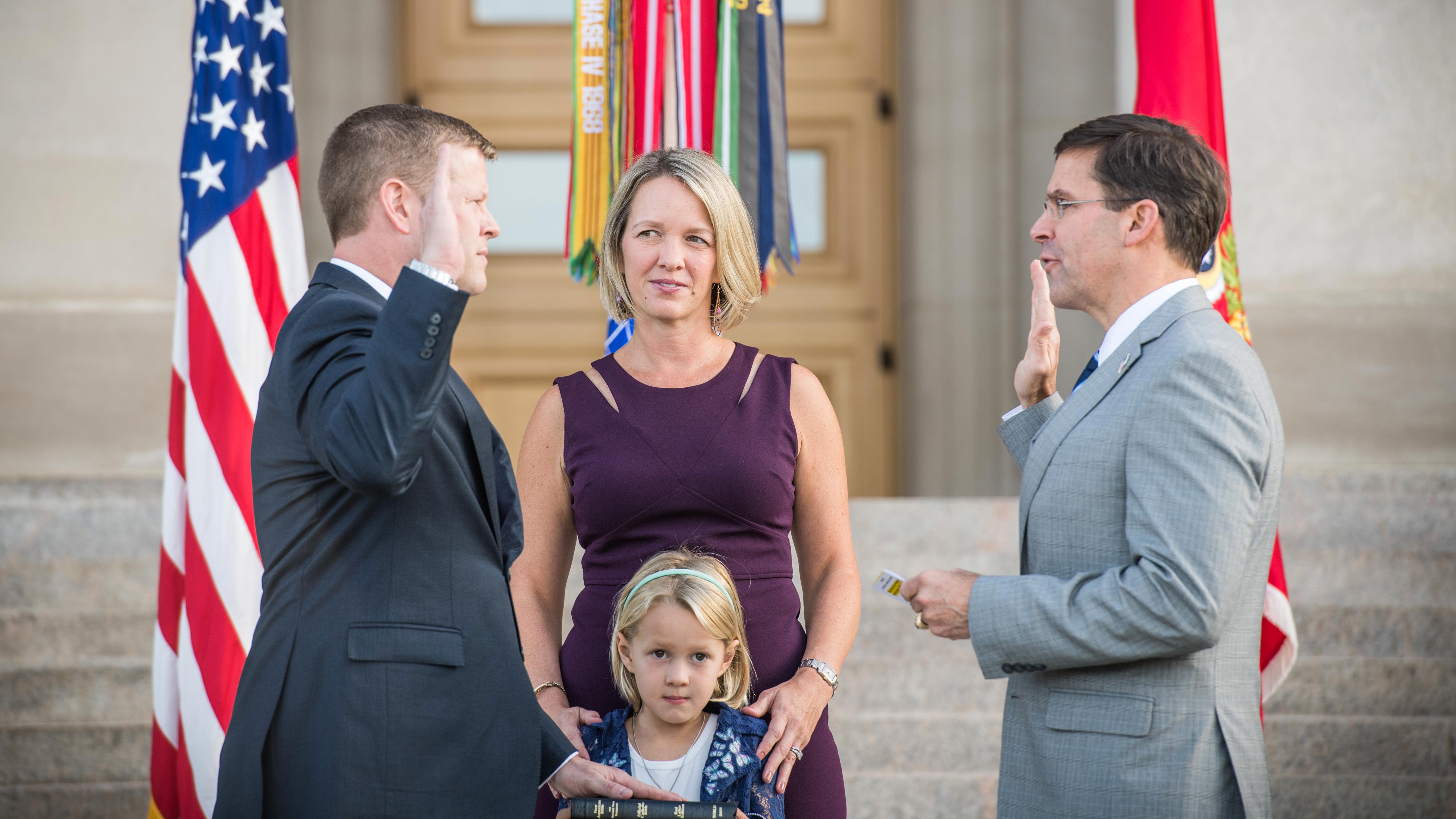 During a ceremonial swearing-in ceremony on the steps of the Pentagon, Army Secretary Ryan McCarthy pledged to be the secretary soldiers deserve and continue to push the service to modernize and remain the most lethal fighting force in the world.

“We must maintain a sense of urgency, negate bureaucracy and dogma and remain steadfast in our priorities of readiness, modernization and reform,” McCarthy said during the Oct. 10 ceremony hosted by Defense Secretary Mark Esper.

McCarthy is expected to delve into his priorities as the keynote speaker during the Oct. 14 opening ceremony of the Association of the U.S. Army’s Annual Meeting and Exposition in Washington, D.C.

Over the past two years, McCarthy has played a part in every major initiative that’s come out of Army headquarters, Esper said. From advancing Army reform efforts to refocusing the service’s recruiting efforts, McCarthy “demonstrated a willingness to lead wherever the Army needed him most,” Esper said. He brings “a businesslike focus to our toughest problems and executes every plan with a commitment of an Army Ranger.”

McCarthy was sworn in as Army secretary on Sept. 30 in a private ceremony.