McCarthy: No Turning Back on Transformation

McCarthy: No Turning Back on Transformation 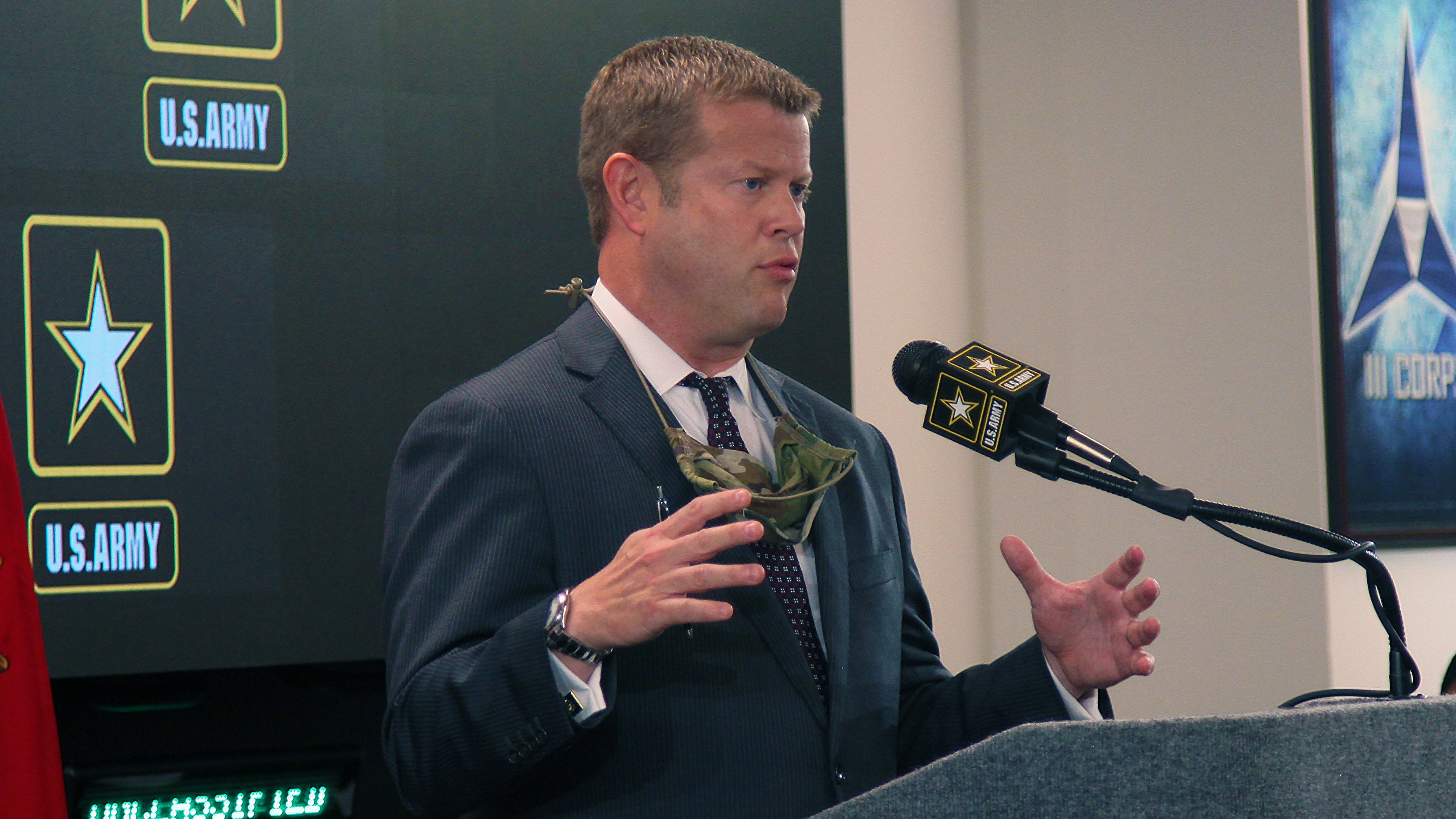 The time for Army transformation has arrived, with no turning back, Army Secretary Ryan McCarthy said Oct. 13 during the opening ceremony of AUSA Now, the 2020 virtual annual meeting of the Association of the U.S. Army.

McCarthy, the 24th Army secretary, said the Army has a new focus on readiness that places more emphasis on squads and small units and less on large-scale exercises, a continued push toward modernization and taking “rapid, positive and meaningful steps” on diversity, equity and inclusion.

The Army’s modernization push began three years ago with an agreement to focus on specific priorities. “The payoff is starting to arrive,” McCarthy said. “The time of transformation and modernization for the future fight is now a reality.”

“The Army has been busy, but at no point have we been alone,” he said of working with industry on modernization, with state and local governments to fight the COVID-19 pandemic and respond to civil unrest, and with allies and partners “to maintain the delicate balance of ensuring peace in some areas and countering threats in others.”

There has been stress, he acknowledged, from the COVID-19 health crisis, from the fallout from the murder of 20-year-old Spc. Vanessa Guillen by a fellow soldier, and by a nationwide reckoning over racial, diversity and equity issues. “We are listening,” McCarthy pledged. “We are learning, we are taking action.”

Retired Gen. Carter Ham, AUSA president and CEO, described McCarthy as someone who “knows soldiers” and has a “genuine love of Army families.”

AUSA’s virtual annual meeting is the result of health and safety restrictions driven by the pandemic, Ham said, but there was never any thought about not having it. “We would not let the virus defeat us,” Ham said at the start of the meeting, marking the 70th anniversary of AUSA’s support for the Army.

McCarthy agreed. “Pandemic be damned,” he said, as he began his address.