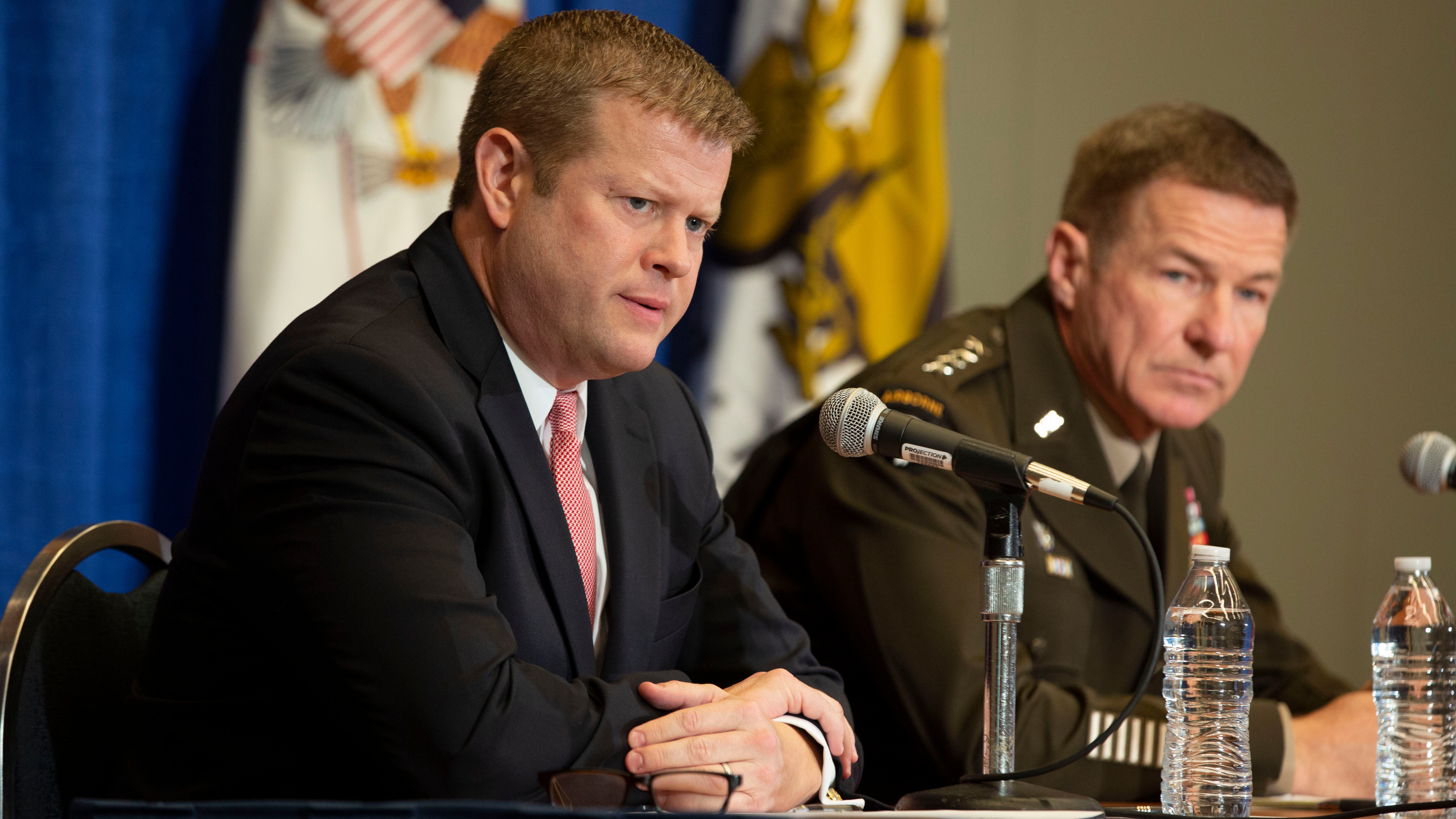 Army Secretary Ryan McCarthy said he welcomes candid opinions from soldiers, including those who disagree with national policy decisions, such as the withdrawal of U.S. troops from northern Syria.

In remarks at a press conference Oct. 14 with McCarthy and Army Chief of Staff Gen. James McConville during the Association of the U.S. Army’s Annual Meeting and Exposition, McCarthy said that “more and more soldiers are very candid about how they feel.”

“I like candor, it’s important to have that. You obviously don’t want to have disobedience, but they have to have opinions,” McCarthy said.

He was addressing recent reports in which Special Forces soldiers told journalists they felt shame and remorse at having to abandon the Kurdish soldiers who have helped them fight the Islamic State group over the past few years.

The plan to remove U.S. troops from Syria was first announced on Oct. 6 in a White House statement that said “Turkey will soon be moving forward with its long-planned operation into Northern Syria. The United States Armed Forces will not support or be involved in the operation, and United States forces, having defeated the ISIS territorial ‘Caliphate,’ will no longer be in the immediate area.”

Speaking at the press conference, McCarthy described the situation between the Turks and the Kurds as “very complex,” and that it was important to make sure U.S. soldiers understood the nuances of strategic decisions.

“You have to explain to [soldiers] that obviously the equities of how we conduct operations against ISIS are very much aligned,” but that the historical challenges between the Turks and the Kurds is an issue that’s been “going on for years.”

“Everybody has opinions in a war of ideas, but ultimately when national policy decisions are made, we salute and move out,” McCarthy said.