McCarthy: Army Must Invest in Modernization

McCarthy: Army Must Invest in Modernization 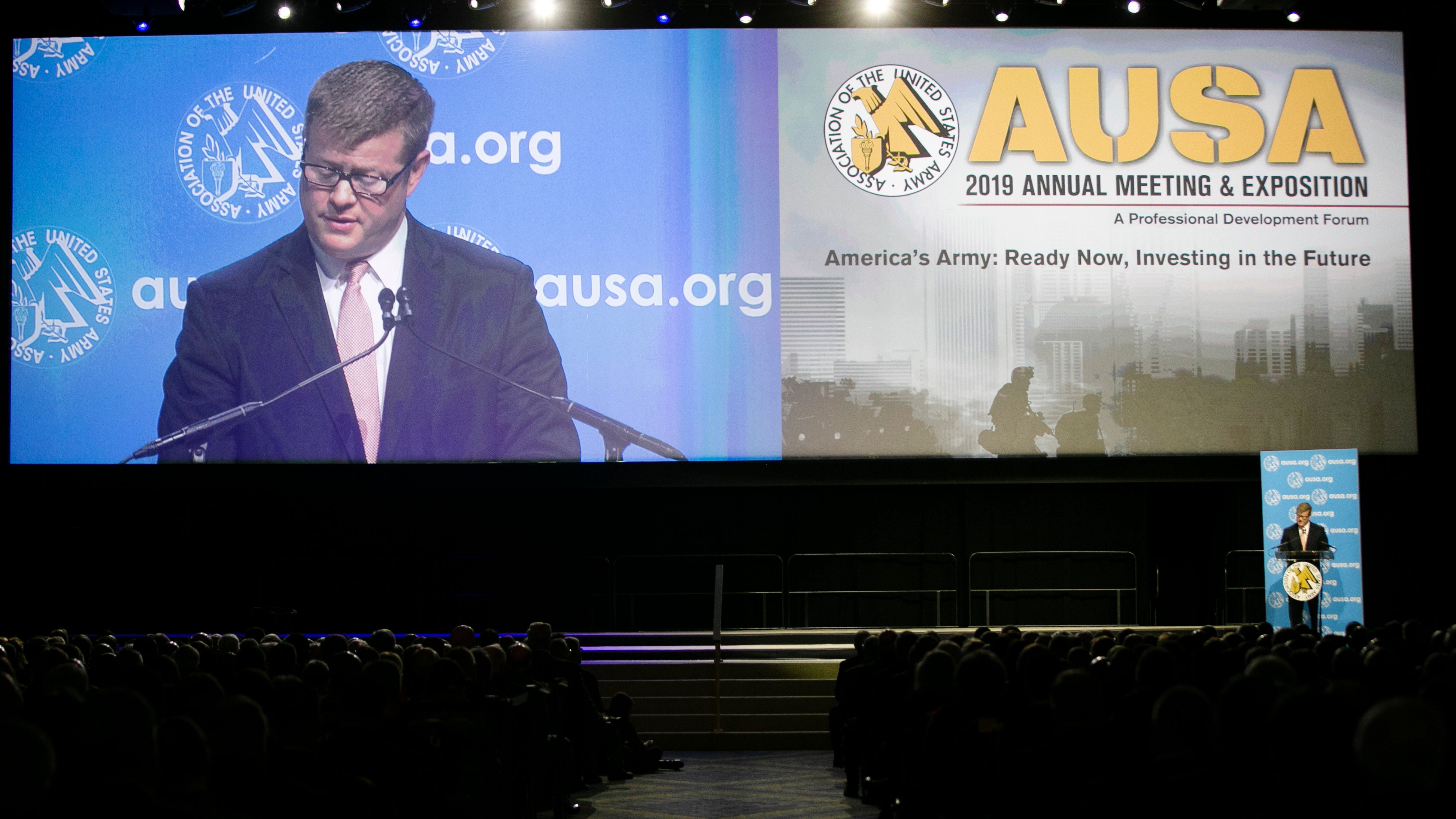 With a dire warning that America’s adversaries are investing billions in new weapons and methods, Army Secretary Ryan McCarthy said the Army must continue its push to increase readiness, improve its strategic mobility and focus on modernization or risk losing the next war.

“Russia and especially China are on a trajectory to surpass U.S. capability,” McCarthy said. “Both seek to modernize, to man and gain overmatch against the U.S. and our allies. Either you have a sense of urgency today or a sense of regret tomorrow.”

Noting that America’s adversaries are advancing “unconstrained by a continuing resolution” as the U.S. military is today, McCarthy called on Congress to fund the Army’s crucial modernization programs and pass the current and next fiscal years’ appropriations “to help us maintain readiness and ensure that our modernization effort is successful.”

Opening the Association of the U.S. Army’s 2019 Annual Meeting and Exposition Oct. 14, McCarthy noted the Army has “restored readiness across the force,” with more than half its brigade combat teams at the highest readiness levels, and “built a foundation to shift the Army’s modernization efforts and began the process of replacing the legacy systems that have served us well for the last 49 years.”

But he emphasized the need to make a major shift in the way the Army handles information, adopting better ways to process “big data” and artificial intelligence tools while ensuring cyber security. “The intent is to move the Army from the industrial-age processes to the information age of leveraging data as a strategic asset and utilizing private sector technology.” He said the Army also is developing “advanced systems in hypersonics, directed energy and other tools” to meet the future threats.

McCarthy also talked about moves to increase the Army’s “strategic readiness, which is the Army’s capability to rapidly mobilize and deploy forces anywhere in the world and sustain the joint force.” He cited a recent rapid mobilization exercise and the upcoming Defender Europe 2020 exercise “to rehearse and validate how we would respond to a European crisis. This will be the largest exercise in 25 years,” he said.