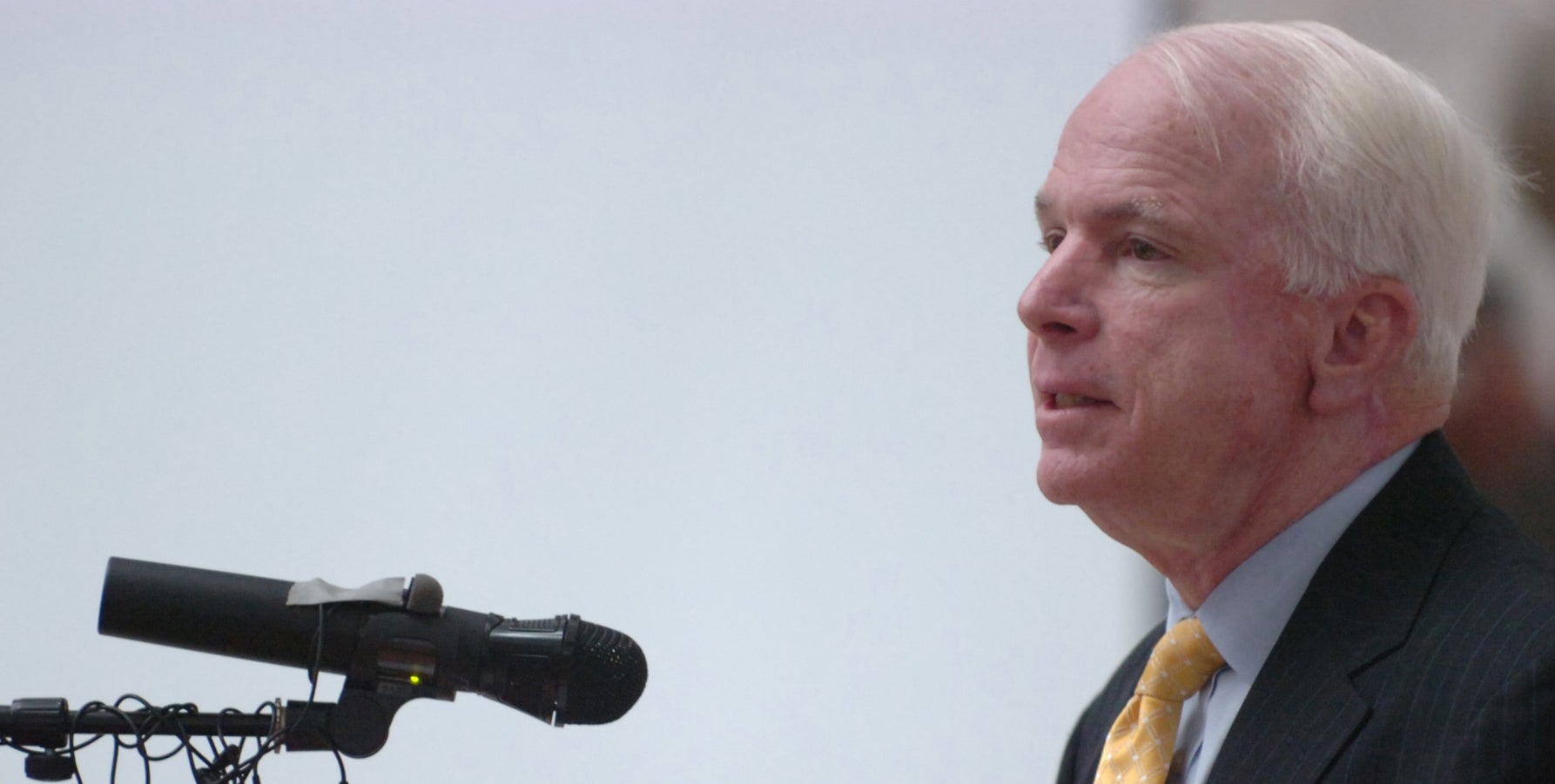 As Congress considers a budget amendment that would stop further reductions in the size of the Army, the Senate Armed Services Committee chairman warned arbitrary caps on defense spending have “very real consequences for the thousands of Americans who serve in uniform and sacrifice on our behalf all around the nation and the world.”

The chairman, Sen. John McCain, R-Ariz., is proposing an amendment to the Senate’s version of the 2017 National Defense Authorization Act that would halt further cuts in the Regular Army, Army National Guard and Army Reserve, a move he says is necessary to address “the dangerous mismatch between growing worldwide threats and arbitrary limits on defense spending in current law.”

“Our military is being forced to confront these growing threats with shrinking resources,” McCain said June 6 as the Senate began debate on the annual defense policy bill. “This year’s defense budget is more than $150 billion less than fiscal year 2011. And despite periodic relief from the budget caps that imposed these cuts, including the Bipartisan Budget Act of last year, each of our military services remains underfunded, undersized, and unready to meet current and future threats.

“In short, as threats grow, and the operational demands on our military increase, defense spending in constant dollars is decreasing. How does this make any sense?” McCain asked.

A vote on McCain’s amendment is expected by the end of the week.