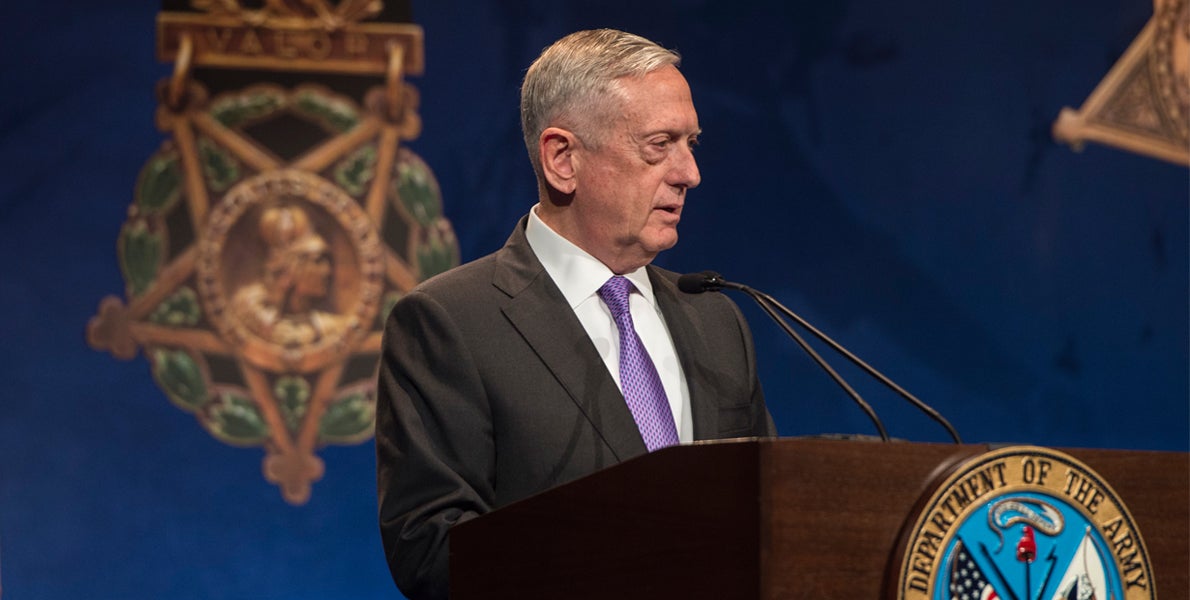 Secretary of Defense Jim Mattis says the U.S. “will continue standing by the Iraqi people and their military.”

“We in this coalition will remain steadfast with our Iraqi allies all the way through the defeat of ISIS,” Mattis said during a meeting in Baghdad with Army Lt. Gen. Stephen Townsend, the Combined Joint Task Force-Operation Inherent Resolve commander, and Brett McGurk, the U.S. Special Presidential Envoy for the Global Coalition to Counter ISIS.

“It’s not over yet. There’s hard fighting ahead,” Mattis said. Iraqi leaders “are aware of this, and they are committed to it. In fact, they want to accelerate it. And at the same time, we want to avoid any obstacles to the teamwork.”

Townsend said the coalition will continue to support Iraq in a new offensive in Tal Afar and is in the third month of operations to support Syrian Democratic Forces in their effort to defeat the Islamic State group in Raqqa, Syria. “Victory over ISIS is assured in Tal Afar and Raqqa,” Townsend said, using the abbreviation for the Islamic State in Iraq and Syria used by the Defense Department.

“The coalition must continue to disrupt ISIS’s ability to inspire new recruits, deprive them of sanctuary, interrupt their revenue streams, destroy their equipment, kill their fighters and deny their ability to attack us at home,” Townsend said. “We’ll remain united with our partners, committed to our partners in the lasting defeat of ISIS in Iraq and Syria and to prevent them from exporting their terror around the world and protect our homelands.”