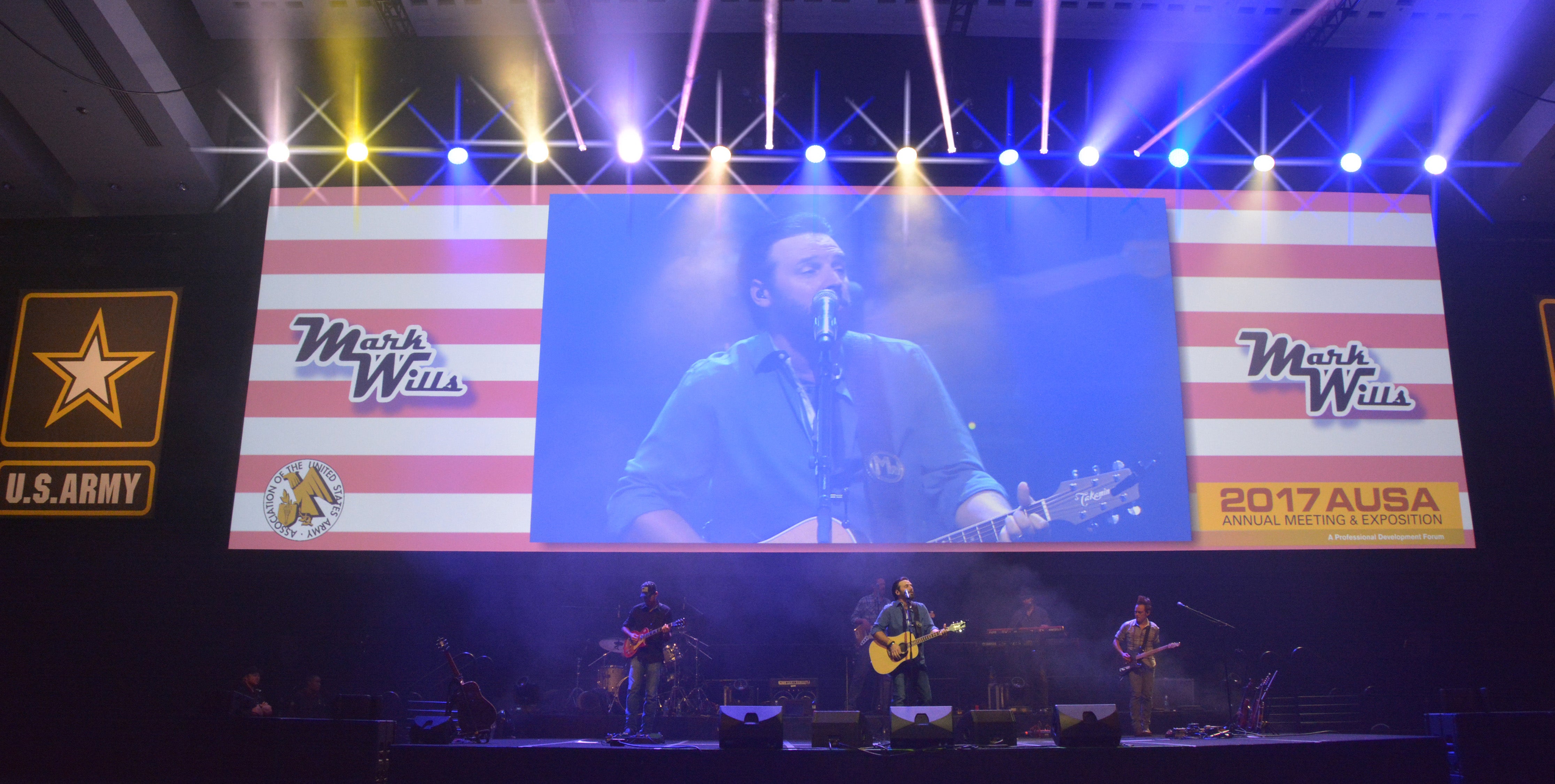 With AUSA’s senior leadership and many others in attendance, country music artist Mark Wills performed at a free concert Tuesday night at the Association of the U.S. Army Annual Meeting and Exposition.

The concert took place in the main ballroom at the Walter E. Washington Convention Center in Washington, D.C., and was sponsored by Veterans United, a lender specializing in veterans’ home loans.

“This is a very special event – a great partnership between AUSA and Veterans United,” said retired Sgt. Maj. of the Army Ken Preston, AUSA vice president for NCO and Soldier Programs.

“Tonight, we’re all here to support soldiers and their families,” Preston added.