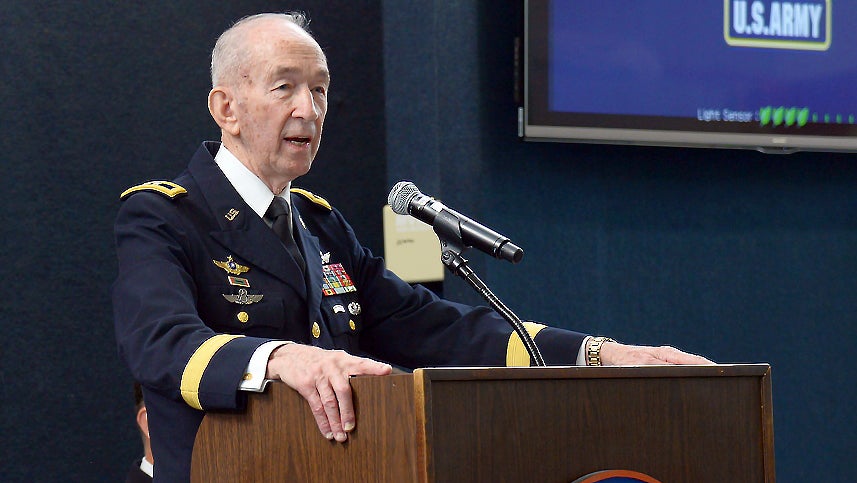 Retired Maj. Gen. Carl McNair, a longtime member of the Association of the U.S. Army and a giant in the Army aviation community, died May 2. He was 88.

Commissioned as an infantry lieutenant, McNair completed flight training and airborne school before serving with the 82nd Airborne Division at Fort Bragg, North Carolina, according to the West Point Association of Graduates.

He served as an aviation adviser to the Second Field Army of the Republic of China in the Military Assistance Advisory Group Taiwan before earning a master’s degree in aerospace engineering from Georgia Tech, according to the West Point association.

McNair next served in Korea and at the Pentagon before going to Vietnam in 1967.

McNair returned to the U.S. in 1969, where he served in a variety of assignments from West Point to Fort Hood, Texas, to Fort Rucker, Alabama, and the Pentagon.

As commander of the Army Aviation Center from 1980 to 1983, McNair was instrumental in developing what was then a fledgling branch, and he “helped shape the future of Army Aviation and mentored an entire generation of Army aviators,” according to the West Point Association of Graduates.

McNair retired in 1987 as a major general after serving as deputy chief of staff for combat developments and chief of staff at the Army Training and Doctrine Command.

He was inducted into the Army Aviation Hall of Fame in 2004. AUSA’s George Washington chapter in Virginia, of which McNair was a longtime member, named a scholarship after him, describing him as “the father of modern Army Aviation and our longstanding chapter board member, former president and stalwart … supporter for 40-plus years.”