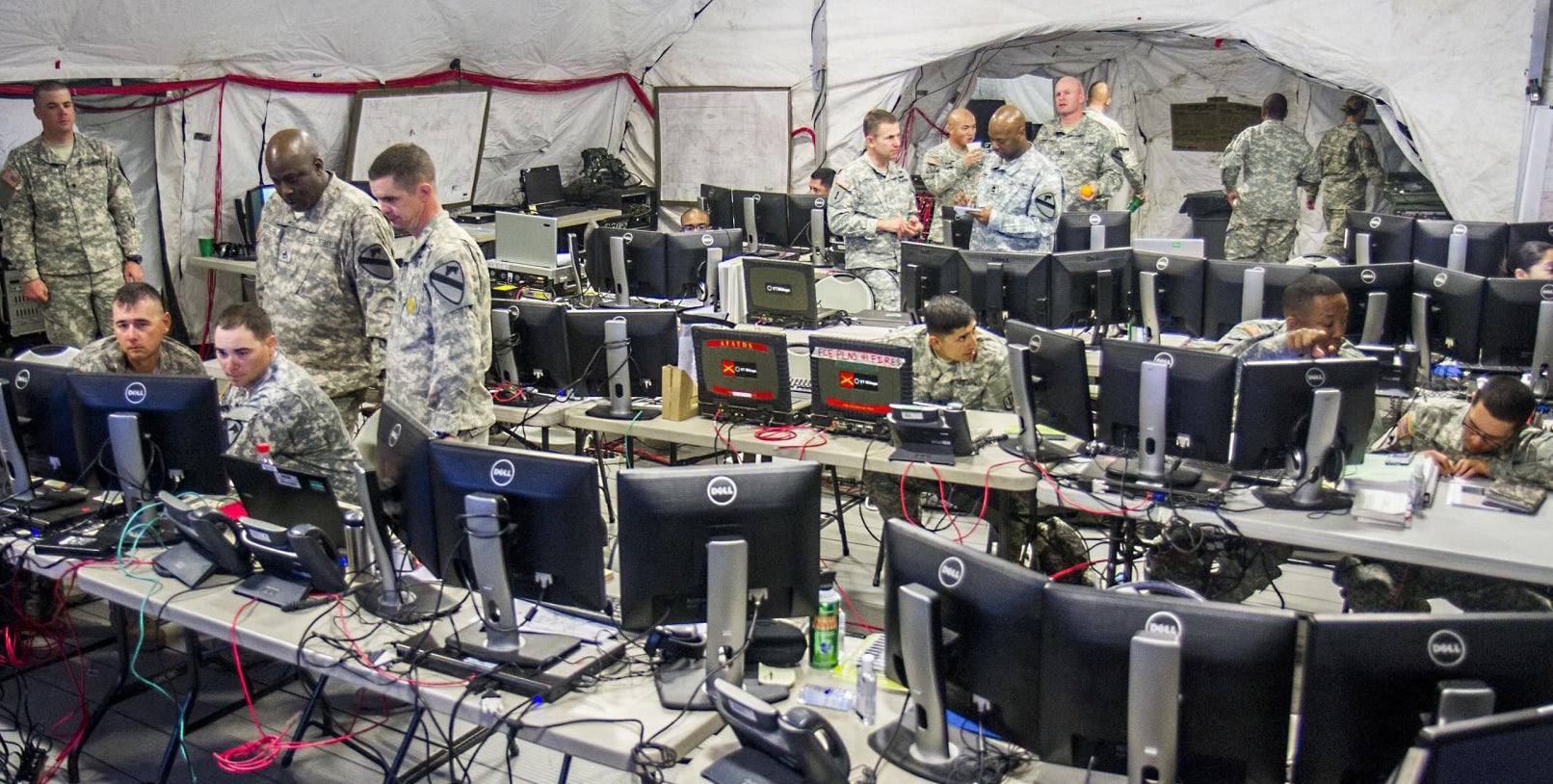 The Army is deep into a mission to create new types of tactical command posts that are as mobile, flexible and expeditionary as the soldiers who serve under them.

“We’ve created the same capabilities to share your laptop screen to the large-screen displays and amongst each other with a software-based solution that we developed,” Barton said.

“You share your display, effectively, over the local area network you were already on,” Barton said. “We’ve eliminated the video cables, that 200-pound box, and the setup time.”

In addition to streamlining its tactical command posts, the Army wants to increase their mobility. Researchers have developed, and continue to refine, new platforms that can be set up and taken down in as little as five or six minutes, compared to as much as 30 or 40 minutes for a traditional command post.

One, the Combined Arms Battalion Mobile Tactical Command Post, is mounted on an M1068 tracked vehicle. The others, the Expeditionary Command Post and the Light Mobile Command Post, are essentially lightweight, expandable “packages” that can fit on, and be dropped off, a single military vehicle.

The ultimate goal, said Lisa Heidelberg, chief of the center’s Mission Command Capabilities Division, is to “make our command posts more scalable, agile and interoperable, as well as more lethal, so we have a more expeditionary force.”