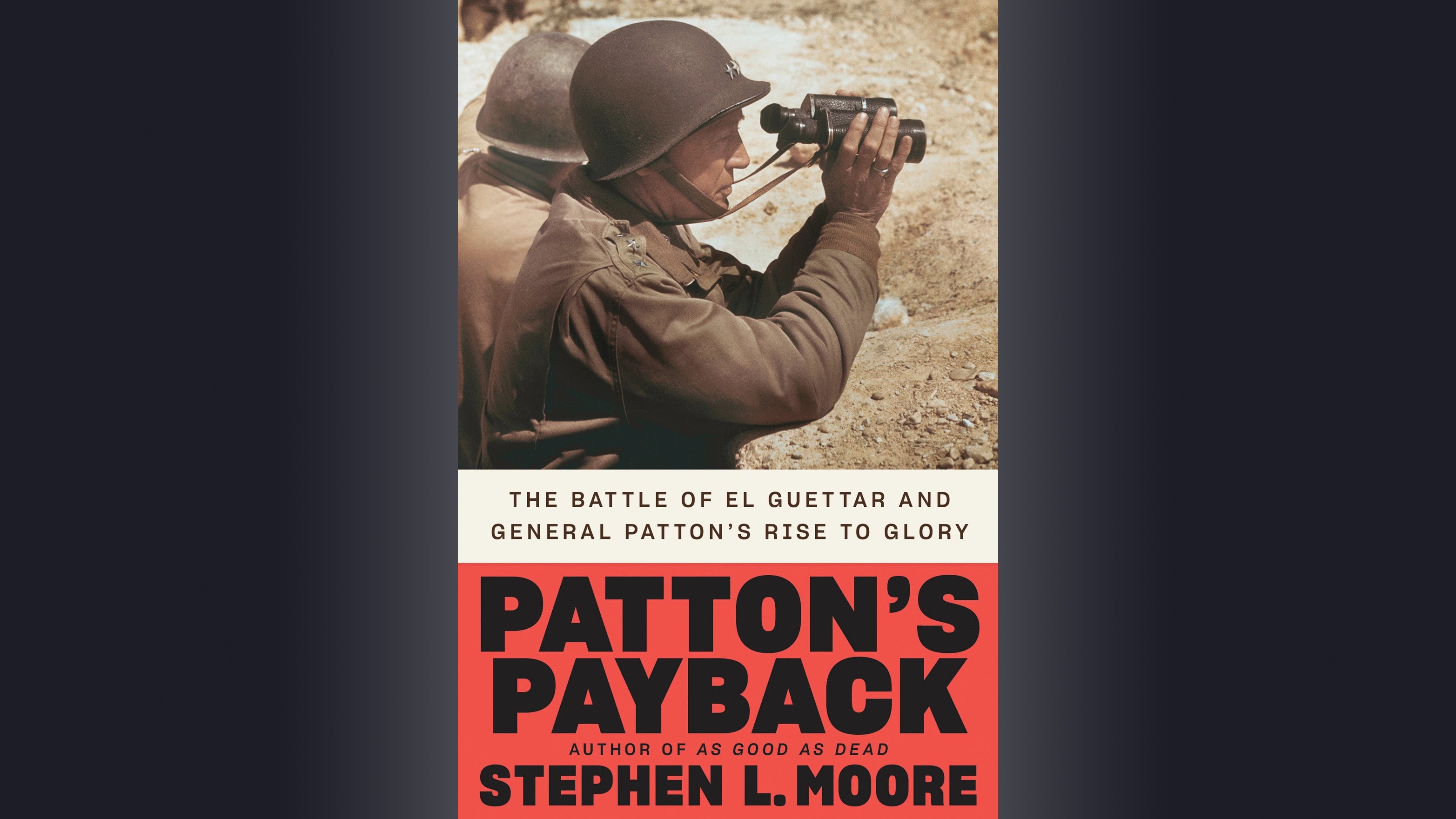 Patton fought in nearly every major American 20th century conflict and earned a reputation as “one of America’s greatest battlefield commanders,” according to the National World War II Museum website.

“Although many of Patton’s campaign tactics can be questioned … the underlying traits of a strong leader and his training techniques are very evident,” said Moore, who wrote Patton’s Payback: The Battle of El Guettar and General Patton’s Rise to Glory. “He was not a man who was afraid to get his own hands dirty. He inspired men to believe that success was possible with the right mindset. He believed … that leaders should lead from the front.”

In Patton’s Payback, Moore writes about how Patton reinvigorated a defeated Army corps to claim victory over Germany’s Erwin Rommel.

In March 1943, in their first fight with the Germans, American soldiers in North Africa were pushed back 50 miles by Rommel’s Afrika Korps and were nearly annihilated, according to a description of the book.

Then-Lt. Gen. Patton was brought in to rally the troops. “Charismatic, irreverent, impulsive and inspiring, Patton possessed a massive ego and the ambition to match. But he could also motivate men to fight,” according to a description of the book.

“Today's world would be a little bit more of a challenge, but I think with some assistance, he could definitely motivate people and get them going down the right path,” Moore said.

Despite Patton’s personality, which could be divisive at times, Moore likened his communication skills and charismatic leadership to that of Ukrainian President Volodymyr Zelenskyy.

“If you look at Patton and compare a modern guy like President Zelenskyy, he’s a very charismatic leader,” Moore said. “He’s a very effective communicator. He’s out front, he’s in harm’s way, he is calling out world powers … and he’s not afraid to speak his mind. … Patton was the same way.”