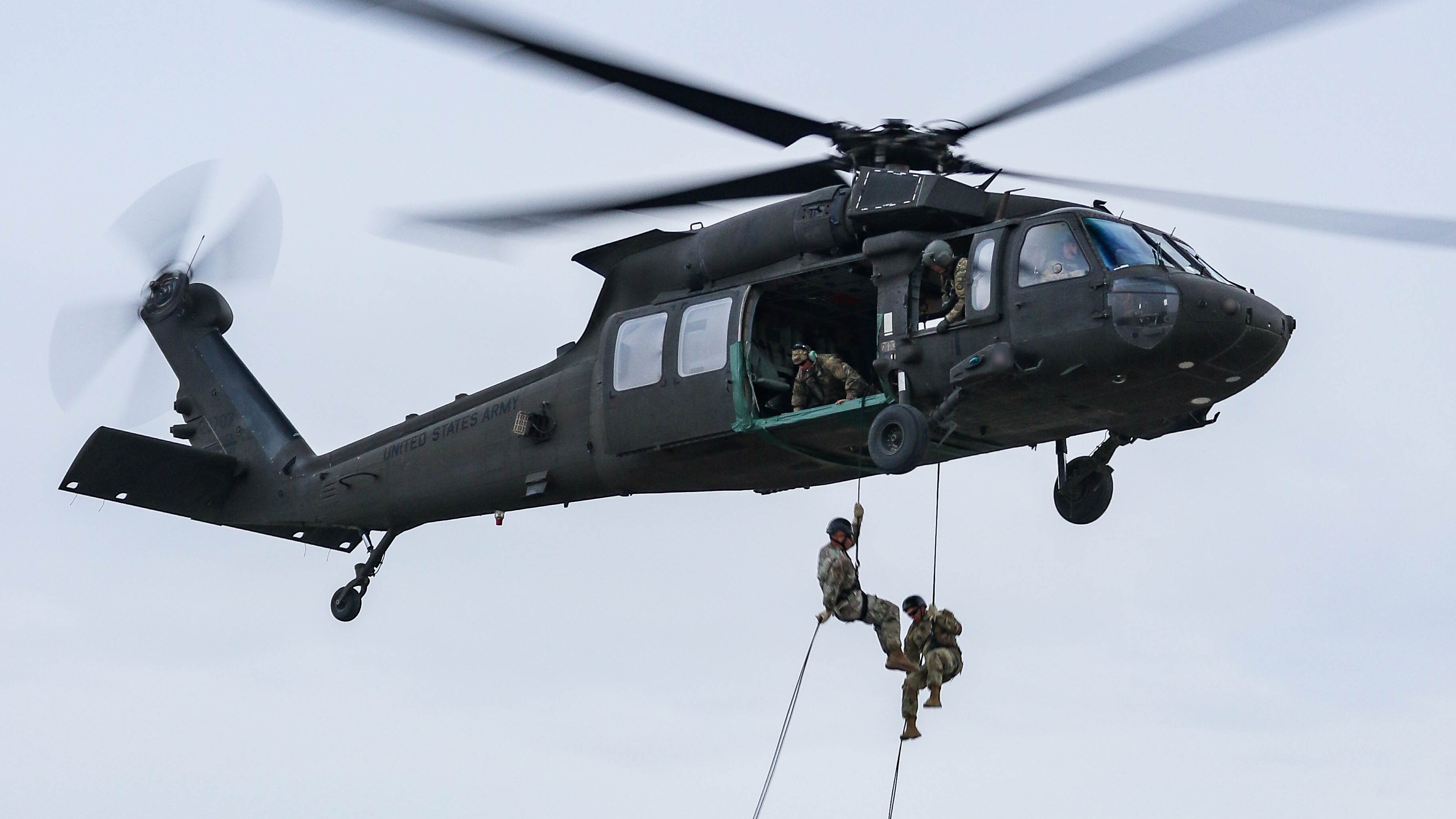 “I think we will see this as a watershed event; a before and after event,” Barno said. “When we enter the after, it’s going to be a different ‘after,’ especially for the United States military.”

Barno, the former commander of Combined Forces Command-Afghanistan, said the military’s “70-year strategy of reliance on forward defense” globally is going to “diminish significantly,” and reserve components, including the National Guard, will have a much bigger and more important role in the aftermath of the pandemic.

Since March, the National Guard has been given a “whole diversity of different tasks,” Barno said, and called on by governors “to meet needs that were greater than what could be accomplished” by local police, rescue and response forces.

Tens of thousands of Guard members in all 54 states and territories have helped with various needs, including augmenting civilian medical capacity, security and food distribution.

“That’s an incredible capability that the active force is not really designed to do,” he said.

The National Guard also has “significant value for the dollar” compared to active-duty forces, Barno said, adding that military pay and benefits for individual service members has gone up 64% in the last 20 years.

“Those costs don’t accrue in the same way for the National Guard and reserves,” Barno said. “Not only are they cheaper to maintain over the long haul, but they also have this dual-purpose capability, particularly for the Guard at the state level, that the active forces simply don’t provide.”

In the aftermath of the pandemic, the military’s priorities will likely shift in some ways from an international focus to protecting Americans at home, he said, as traditional defense barriers of land, air and sea “have no ability” to prevent a cyber or biological threat from striking the U.S.

“I think there’s going to be a reckoning that says we’re very vulnerable here at home,” Barno said, adding that the pandemic could lead to a greater emphasis on other domains.

“Cyberspace and space itself are going to be much higher priorities in the coming years,” Barno said, “perhaps to supersede the importance of air, land and sea domains as the U.S. thinks about its overall national security and defense.”