Kids Face Their Own Readiness Issues

Kids Face Their Own Readiness Issues 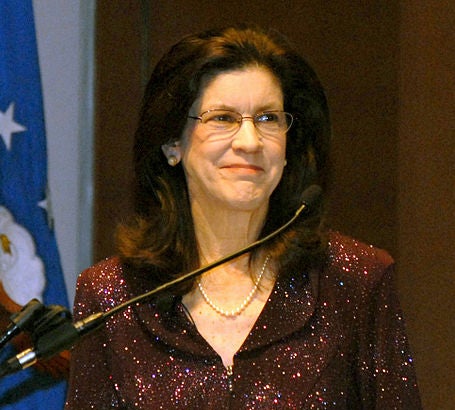 The advocacy group Military Families for High Standards is joining the call for nationwide educational standards that are high, consistent and measurable to ensure military children are challenged and prepared for college no matter where they attend school. The group’s chairwoman is Christi Ham, an educator and the wife of the Association of the U.S. Army’s incoming president and CEO, retired Gen. Carter Ham.According to the group, military families move an average of six to nine times during a child’s K-12 school years. Knowing what to expect when moving to a new school—and not having to worry about immediately falling behind the learning curve among classmates—can go a long way toward “lightening the rucksack,” said Ham during a recent panel discussion at AUSA headquarters in Arlington, Va.“Army kids know what a rucksack is. You put in only what you need,” said Ham, who has taught at middle and high schools and has served administratively at the elementary and preschool levels.“You don’t want to put in tutoring. You don’t want to put in an extra book of puzzles because the class you’re in is boring and you don’t want to get in trouble,” Ham said.Common Core, a defined set of academic standards in math and language arts and literacy, has been adopted by 46 states, the District of Columbia, four territories and the Department of Defense Education Activity. However, legislatures in several states are talking about or have already repealed adoption.Controversy over Common Core is largely why the Department of Defense Education Activity, in the early stages of its own five-year effort to implement the program, is calling it something else: College and Career Ready Standards.Panelist David Lapan, senior director of the National Capital Region for the Military Child Education Coalition, said that is an accurate description of an effort to ensure that the 1.2 million children of active-duty members who attend U.S. public schools, and the 78,000 kids in DoDEA, “graduate from high school prepared for the challenges ahead.”Ham agreed, saying the bottom line is to give military-connected kids strong educational opportunities “that will set them on a road to real, true, actual success.”