Jensen to Be Nominated As Next Army Guard Director

Jensen to Be Nominated As Next Army Guard Director 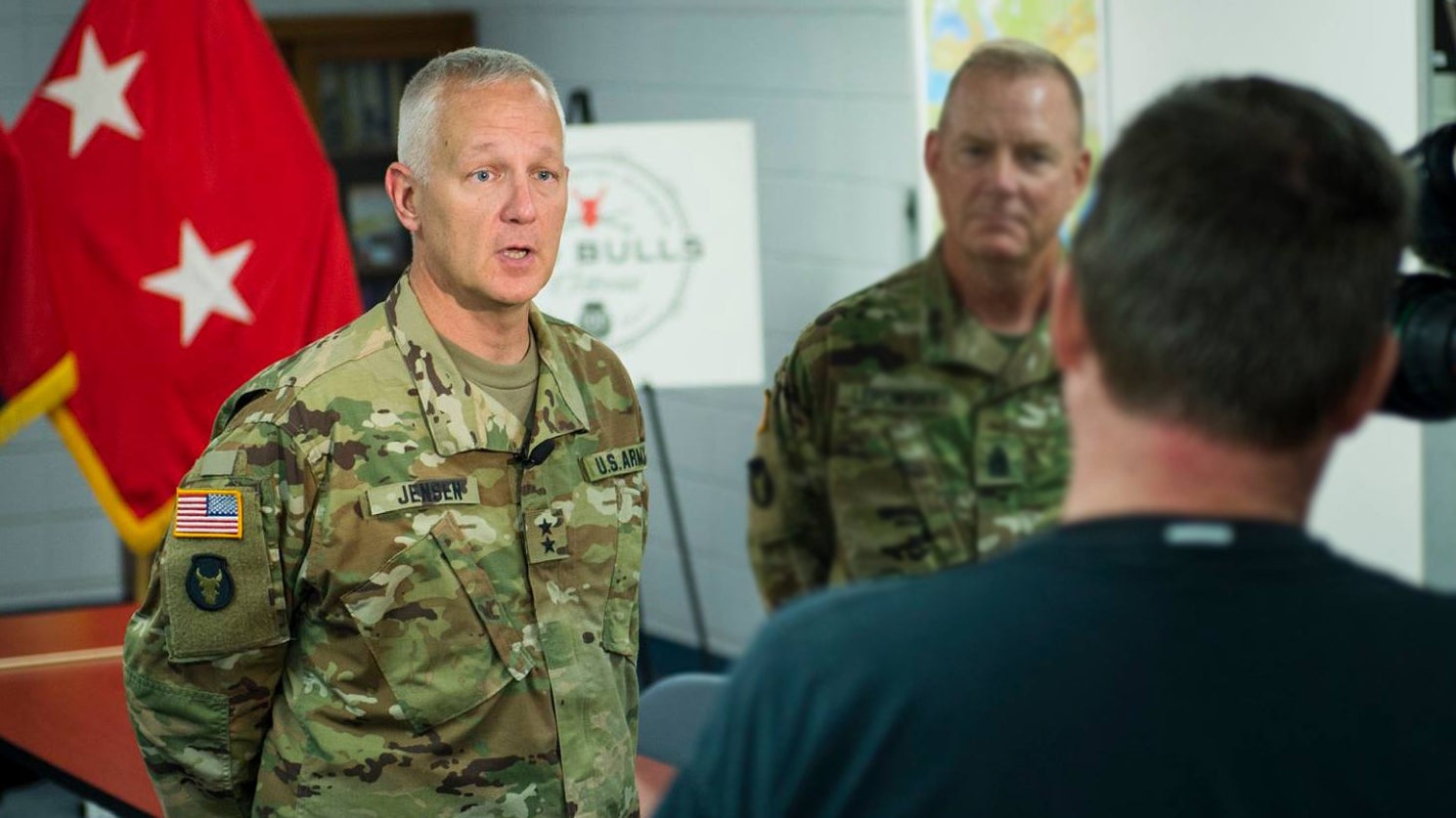 Maj. Gen. Jon Jensen, adjutant general of the Minnesota National Guard, is expected to be nominated to be the next director of the Army National Guard.

If nominated and confirmed by the Senate, Jensen would receive a third star and succeed Lt. Gen. Daniel Hokanson, who has been nominated for a fourth star and to be the next chief of the National Guard Bureau.

"Those who know Major General Jensen are not surprised he's been picked for this top position," Walz, a retired command sergeant major who served in the Guard, said in a statement. "Not only has he served our state well, but he's worked with his colleagues across the country to build relationships and expand the partnership between National Guard forces and the federal government."

A product of Officer Candidate School, Jensen graduated from Northwest Missouri State University and was commissioned in 1989. He is a veteran of Iraq, Kuwait and Bosnia, commanded the Minnesota Guard’s 34th Infantry Division and was the deputy commander and Army reserve component integration adviser for U.S. Army Africa and the Southern European Task Force in Vicenza, Italy, according to his biography.

Jensen is a proponent of the Total Army. “We are fortunate to have a deep pool of talent in the Army,” he said in 2015 when he became the deputy commanding general of Army Africa. “Regardless of where you go, these talents show how we can serve and accomplish the mission together.”

He also has talked about the value of giving soldiers broad leadership experiences and building partnerships with other nations.

“We take our leaders into a complex austere environment, we challenge them to not only operate in the environment but to work alongside our partnered armies,” he said, adding that the Guard’s State Partnership Program helps soldiers build lasting relationships with their partners around the world.