It Takes Too Long to Get New Weapons to Soldiers

It Takes Too Long to Get New Weapons to Soldiers 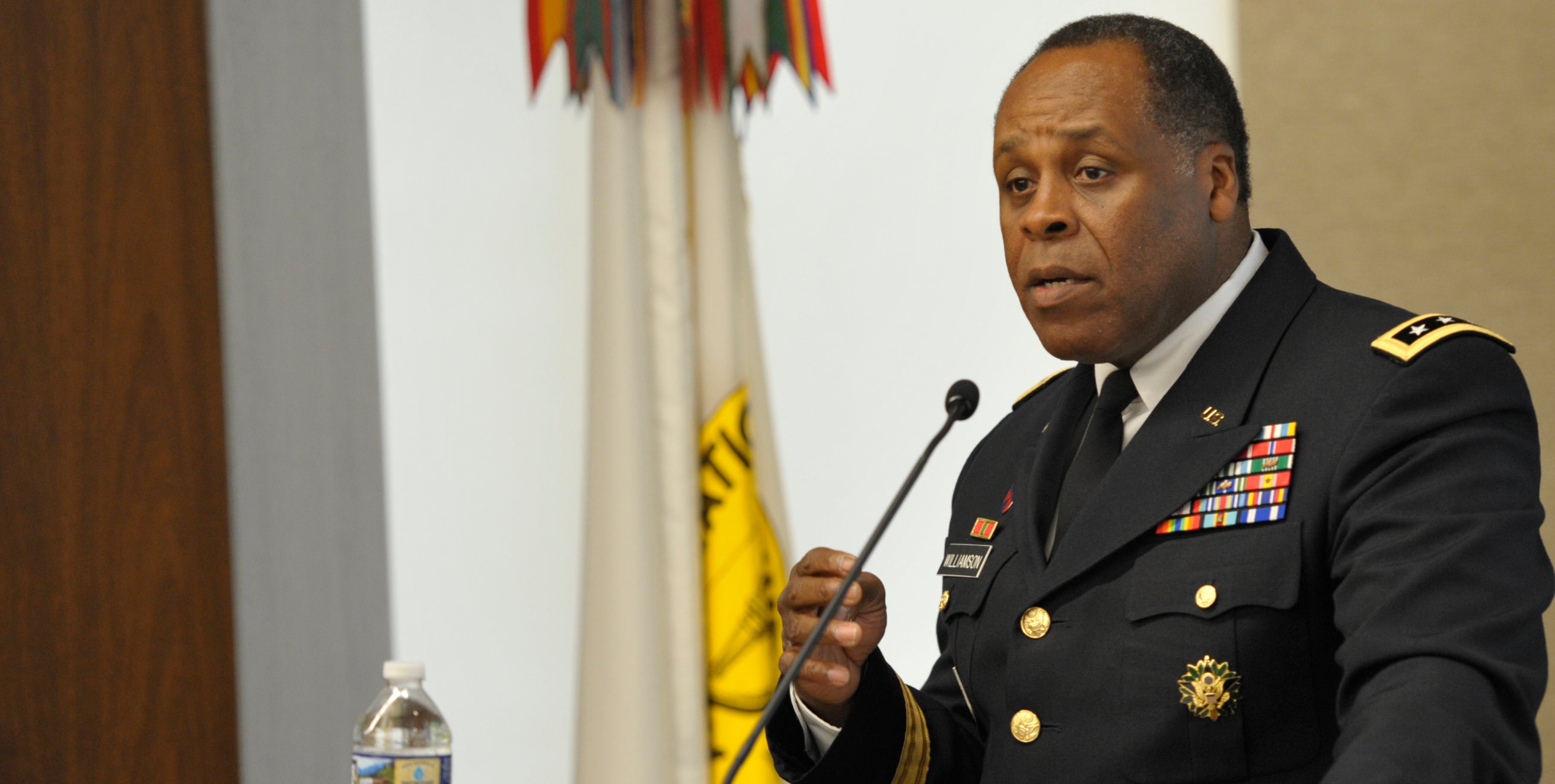 Keeping a technological edge over adversaries requires the Army to cut the length of time it takes to get new weapons and equipment into the hands of soldiers, according to a top Army acquisition official.

“If it takes eight to 10 years to build a weapons system, we are already two generations behind,” said Lt. Gen. Michael E. Williamson, principal military deputy to the assistant secretary of the Army for acquisition, logistics and technology, at a July 13 breakfast hosted by the Association of the U.S. Army’s Institute of Land Warfare.

“Our adversaries—state and nonstate actors—are continuing to invest in technology, unburdened in many cases by some of the processes, laws and responsibilities we have in terms to getting those capabilities to our soldiers,” Williamson said at the breakfast, held in the AUSA Conference and Event Center in Arlington, Va.

“We start our discussions with: ‘If we do this right, we’ll see this in the field six years from now.’ That’s insane,” Williamson said. “Our speed to market has to change. Our ability to get it into soldiers’ hands quickly has to change. We don’t have the luxury of waiting four, eight, 12 years. The access to technology today by our enemies has changed the equation.”

In that context, the Army must dispel the traditional shroud of “protectionism” that often surrounds existing systems, Williamson said. “Our responsibility is to provide for, empower, unburden and protect our soldiers in an environment that has a great deal of uncertainty and complexity,” he said. “Our responsibility is to ensure that every soldier we deploy is equipped to achieve decisive overmatch, regardless of the mission.”