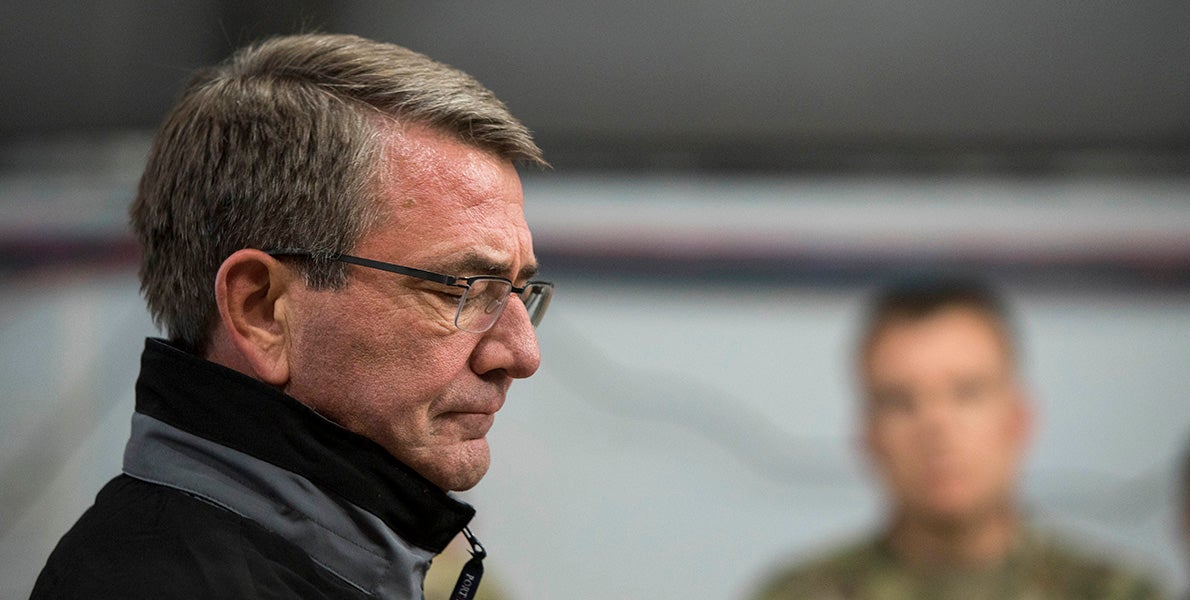 In Europe, the Army recently landed the biggest armored brigade combat team deployment since the end of the Cold War. In the Middle East, the service remains deeply embedded in the ongoing fight against Islamic State terrorists. On the Korean Peninsula, the Army is building a massive command headquarters complex as communist North Korea pursues a nuclear missile program.

And in the United States, the Army, the other services and the entire Defense Department stand vigilant as leaders prepare once again to show the world how to peacefully transfer power.

With the presidential inauguration of Donald Trump drawing near, DoD’s Senior Leadership Council, which includes the leaders of the services and their combatant commands, met recently for a “productive, robust discussion [of] how we’re ensuring continued preparedness and vigilance,” outgoing Defense Secretary Ash Carter said.

One of the top items on the agenda was the Army deployment to Europe, which was discussed by Gen. Curtis M. Scaparrotti, Supreme Allied Commander Europe. Scaparrotti “specifically updated us on the arrival in the past few days of the ships carrying the tanks and fighting vehicles of our rotational armored brigade combat team, and his plans to quickly move the entire brigade eastward in the next few weeks,” Carter said.

Army Gen. Joseph L. Votel, commander of U.S. Central Command, “gave an update on what we're doing to check Iranian aggression and malign influence in the [Persian] Gulf, and help defend our friends and allies in the Middle East,” Carter said. “And of course, he briefed on how we’re accelerating the certain defeat of the ISIL cancer’s parent tumor in Iraq and Syria.”

“The finest fighting force the world has ever known” has many strengths, and one of its primary strengths is its leaders, Carter said. “America’s military deserves only the finest leaders, and we’ve got them. Each of them, I know, will continue to make an important and lasting contribution to the future of our military.”

America and its allies around the world “can have confidence, and our adversaries should take heed, that the U.S. military is full speed ahead in the coming weeks and months,” Carter said.