Hodges Calls on European Allies to ‘Do More’

Hodges Calls on European Allies to ‘Do More’ 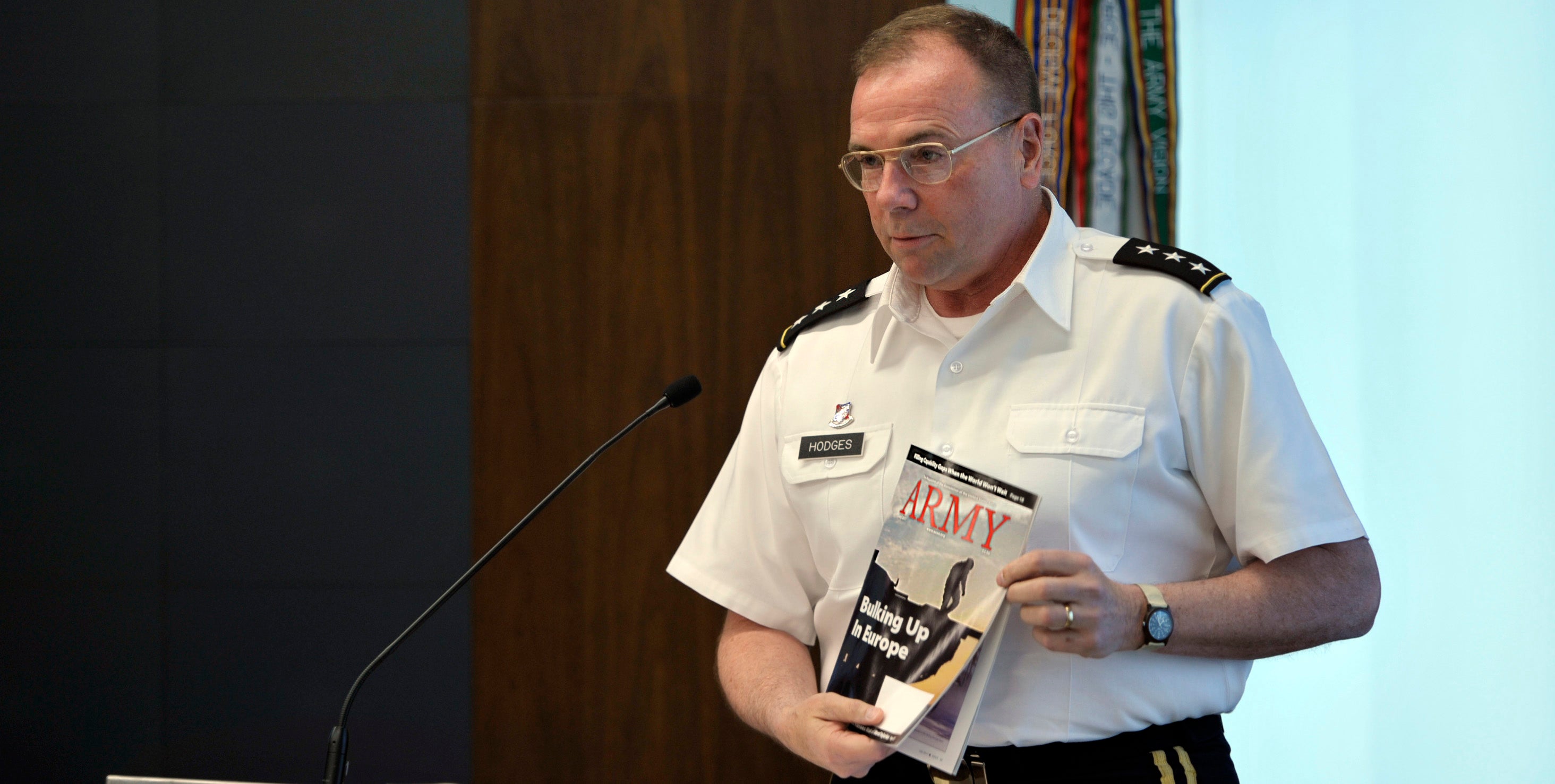 The commander of U.S. Army Europe has unveiled an “informal shopping list” for European allies who want to help with common defense but not spend on weapons.

“Every president has said allies need to do more and I agree,” Lt. Gen. Ben Hodges said at a breakfast forum sponsored by the Association of the U.S. Army’s Institute of Land Warfare in Arlington, Va.

A challenge revealed from joint combined exercises and rotational deployments in Europe is the difficulty of traveling long distances, Hodges said, noting guaranteed access and freedom of movement is critical if the U.S. is to meet the threat of a near-peer adversary such as Russia.

That is an area where European allies could help, he said, listing heavy equipment transport trailers, upgraded railheads, ammunition storage and fuel.

“I’m not looking for more German tank battalions or more British artillery battalions. Countries are doing that,” Hodges said. What the U.S. needs is for them to “buy fuel, buy ammunition, provide storage sites,” he said. And they could provide transportation so the U.S. isn’t paying for heavy equipment transport.

NATO is paying for an important storage site in Powidz, Poland, for prepositioned U.S. Army equipment, he said. By 2021, the completed facilities will “help round out all the storage for a full armored division in Europe.”