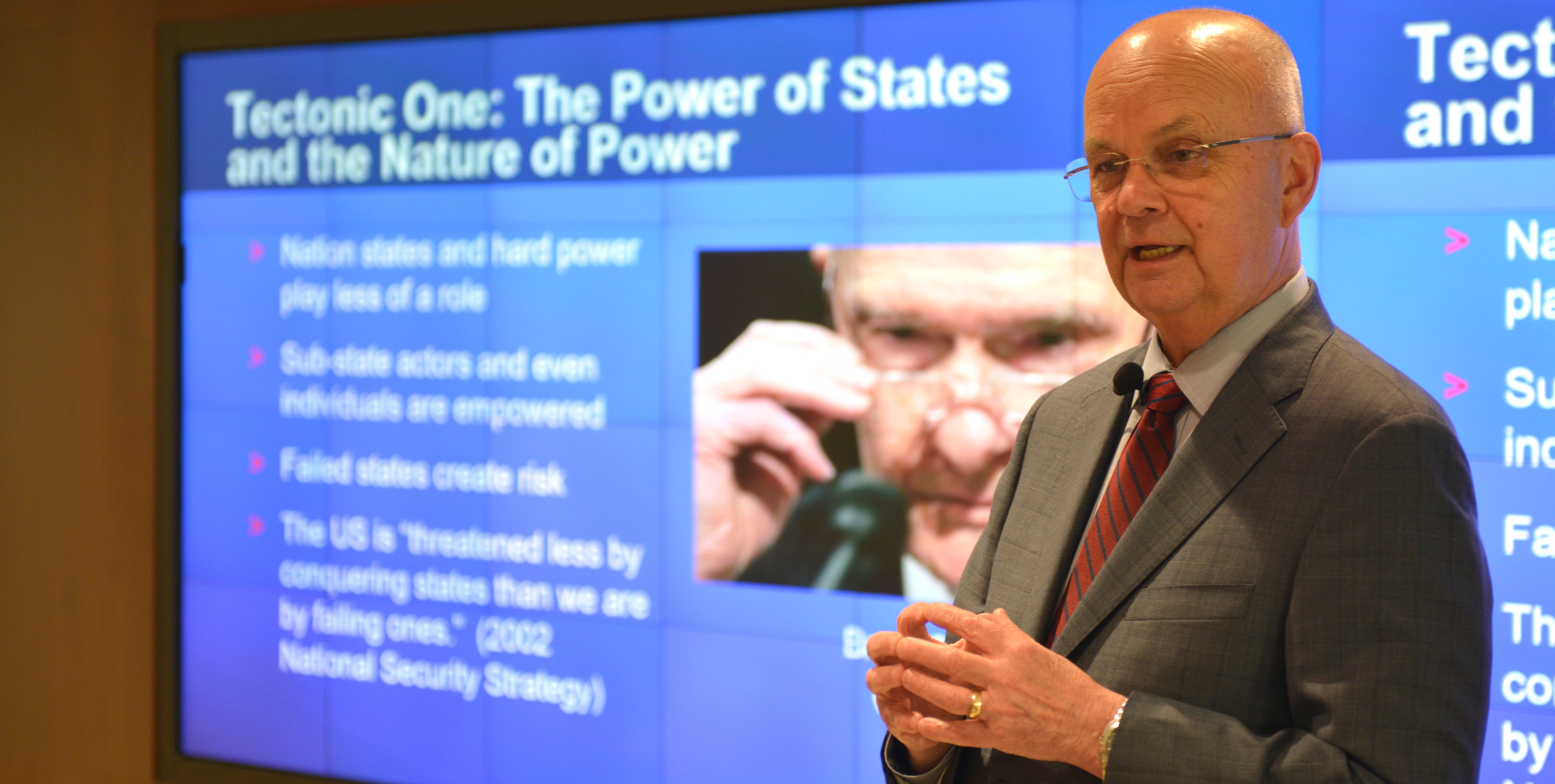 The traditional hard power of established nation-states will hold much less sway in foreign policy in the foreseeable future than will substate actors and even individuals, the former director of the CIA and National Security Agency told the Association of the U.S. Army. Retired Air Force Gen. Michael V. Hayden’s message was simple: “Buckle up. It is going to be a tough century.”

This power shift from a central government to fringe elements increases security risks, especially those emerging from failed states, Hayden said June 15 at a Bernard W. Rogers Strategic Issues Forum hosted by AUSA’s Institute of Land Warfare. The event was held in AUSA’s Conference and Event Center in Arlington, Va.

The power shift is a foreign policy fundamental—something Hayden referred to as a tectonic—that he said U.S. leaders will have to grapple with in the near future. “Things that seemed permanent are proving not to be,” Hayden said, citing the Union of Soviet Socialist Republics as an example. “Entities are not nearly as permanent as we thought they were.”

Another tectonic is that states that are still intact may be very dangerous because they are  “ambitious, brittle and nuclear,” Hayden said, citing North Korea, Pakistan and Iran. North Korea “is the one that scares me the most,” Hayden said, noting that the country possesses about “a dozen” nuclear devices, “though it’s unclear whether all are weaponized.”

The rise of China is another important issue, he said, but like Army Chief of Staff Gen. Mark A. Milley, Hayden believes the Chinese “are not our enemies, and there is no good reason for them to become our enemies.”

Hayden’s final tectonic is the U.S. itself. He said national leaders need a foreign policy style to display to the world in this new era and cited four archetypes: the commerce-centric Hamiltonian model; the Wilsonian vision of American idealism; the inward-turning Jeffersonian model; and the bullish, muscle-flexing Jacksonian vision, which he said could be summed up by Robert DeNiro’s immortal line in the film Taxi Driver: “You talkin’ to me?”