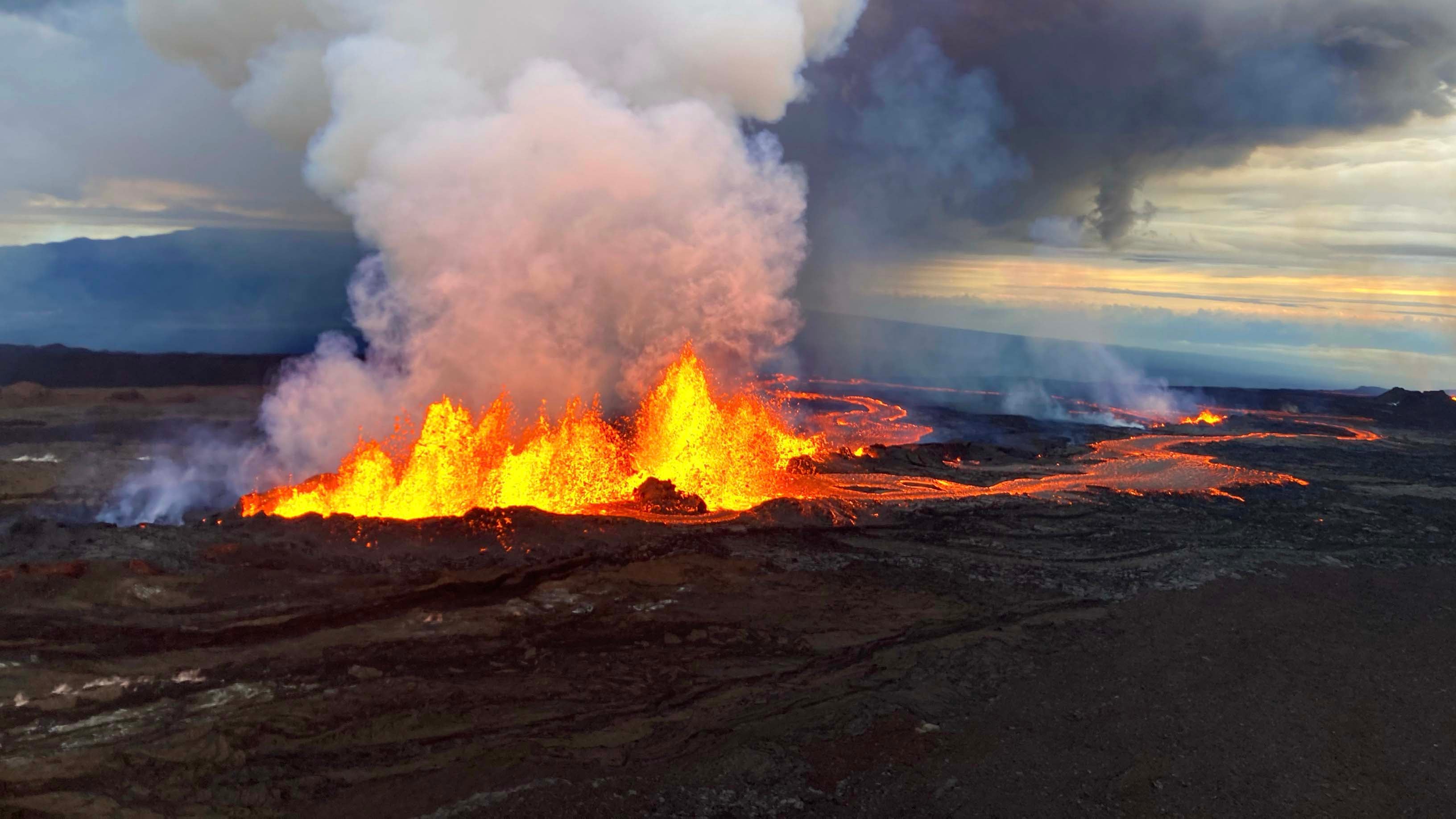 Members of the Hawaii National Guard have been activated to support local officials dealing with the eruption at the Mauna Loa volcano, where the lava is just a few miles away from a main highway.

Twenty Hawaii National Guard service members have been activated, according to a Dec. 5 tweet from the Hawaii Emergency Management Agency.

Measuring more than 56,000 feet from its base to its summit, Mauna Loa, which means “Long Mountain” in Hawaiian, is the largest active volcano on the planet, according to the U.S. Geological Survey. The most recent eruption, which happened about 11:30 p.m. Nov. 27, came after nearly 40 years without one, the longest quiet period in recorded history.

As of Dec. 5, the lava flow was about 2 miles from the Daniel K. Inouye Highway, which connects two sides of the island. Officials said the lava is slowing but continuous.

“During the past 24 hours, the lava flow advanced at an average rate of about 20 feet per hour (6 meters per hour),” according to an update from the U.S. Geological Survey. “Though the advance rate has slowed over the past several days, the lava flow remains active with a continuous supply from the fissure 3 vent.”

While the lava front does not pose an “immediate” threat, officials said, the U.S. Geological Survey update also warns that “advance rates may be highly variable over the coming days and weeks,” making it “difficult to estimate when or if the flow will impact Daniel K. Inouye Highway.”