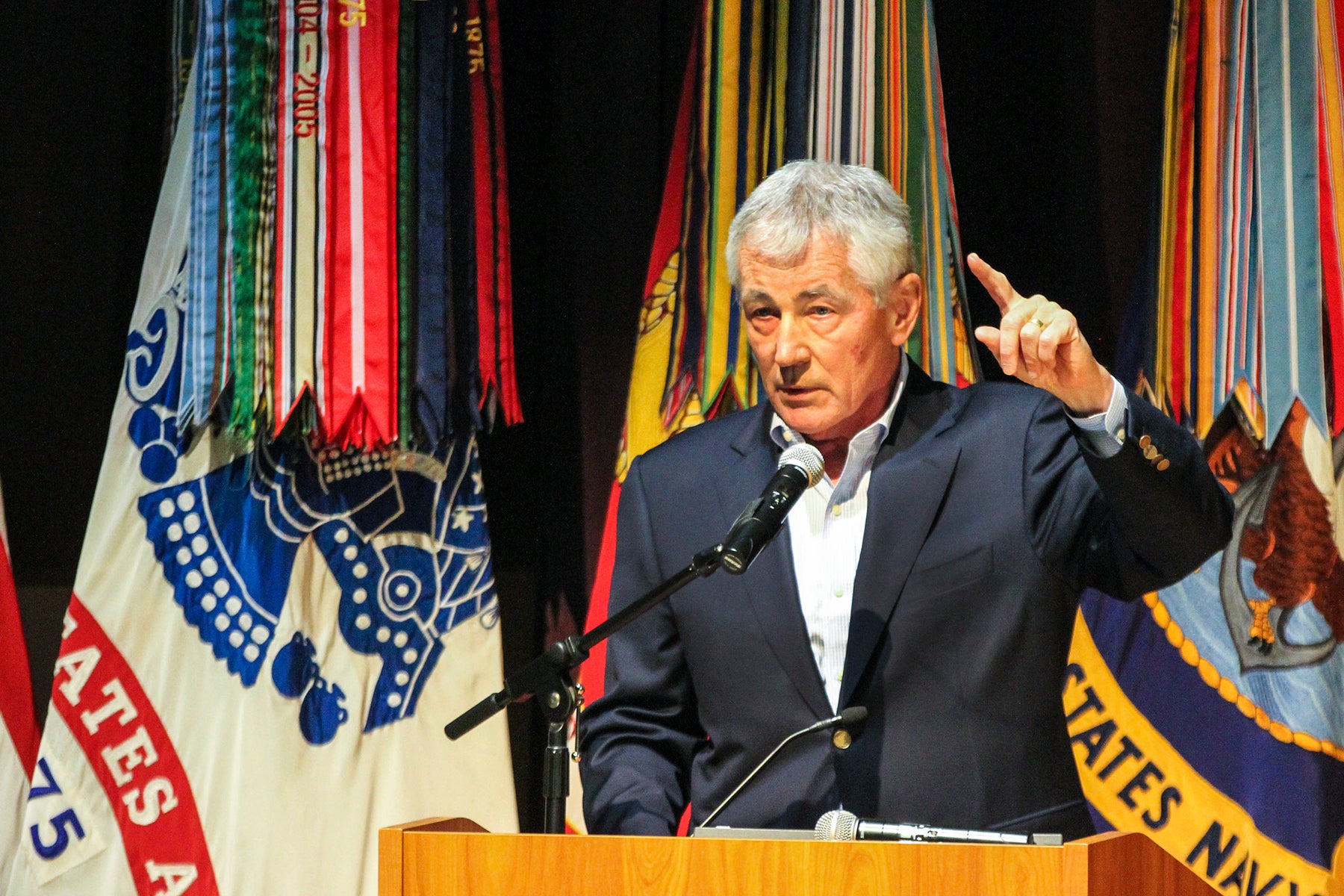 Outgoing Defense Secretary Chuck Hagel praised Army NCOs on Thursday during a visit to Fort Bliss, Tex., for their commitment, discipline, focus and humanity.On that last item, humanity, Hagel said the Army seems to have come a long way since he served.A former Army sergeant who served in Vietnam, Hagel recalled the training he received at Fort Bliss. “I recall my days here well,” he said, who went through basic training at the Texas base.  “I think all of you who have served here in any capacity at any time recall that as you go into the summer, in the desert, it's -- and especially basis training -- a very enriching experience. I might say enlightening.”“I know we don't do that anymore, but drill sergeants in 1967 were not as humane as I know all of you are,” he said to the laughter of the crowd filled with soldiers from the U.S. Army Sergeants Major Academy. “It's enlightening and enhancing and educational when you are often asked ‘how dumb are you? How could you be so stupid?’ That’s a hard one to answer, actually, when you try to work your way through that.”Hagel, who will be stepping down as soon as his successor is confirmed by the U.S. Senate, said his Army service “did very much define me, and I don’t know anyone who isn’t defined by service in uniform. Serving your country in uniform is a pretty special endeavor, and it is a special commitment.”