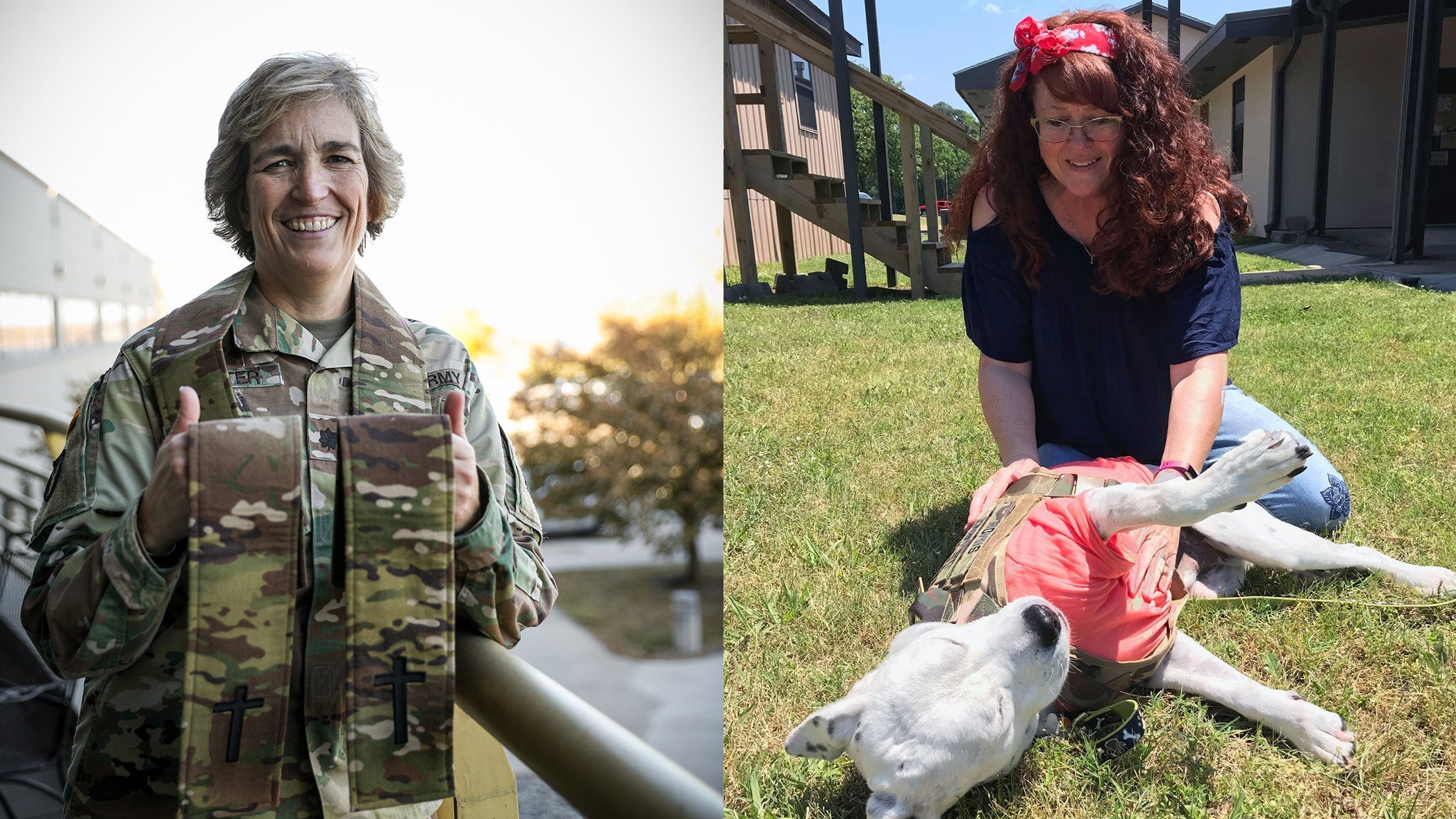 In a pair of firsts, two National Guard chaplains are the first women to serve as state chaplains in their respective states and the country.

Their service will be invaluable to their states and the country, said Col. Laurence Bazer, a chaplain who serves as deputy director of the National Guard Bureau Office of the Joint Chaplains.

“These two women represent the best of our Guard, and you could not have picked better individuals to lead their states,” said Bazer, who commended Kester and Simon for their achievement, according to the Army news release. “They’re going to bring their wisdom and experiences to help not just their states, but our entire Army Guard chaplaincy, to greater levels.”

Both Kester and Simon started their journeys to become chaplains in 2007. Kester earned her commission that year, while Simon earned hers in 2010 after serving in the medical corps for a decade.

“I’m thankful that both of us are going to be in this position because it’s hard to aspire to something you don’t see,” Kester said. “Now, the two of us did. Being in a male-dominated profession, you have to just stand up for yourself and go after your goals.”

Simon was excited about the opportunity to serve. “We have females in all roles in the Army, but somehow this has been missed, and we don’t mirror our troops,” she said. “It’s an opportunity for us to bring a different flavor into the chaplaincy, a different style of leadership.”

Simon’s calling to chaplaincy was confirmed one drill weekend when a soldier’s wife was in a serious accident after dropping off her husband.

“She ended up passing, but it was holding her hand as we bid her goodbye, holding him in the intensive care unit, that I realized this is what I’m called for,” Simon said. “I’m here to pray for them, touch them and bridge that gap between the soldier and their unit.”

In their new roles, Kester and Simon will continue to support soldiers and mentor their fellow chaplains.

“There’s nothing better, nothing,” Simon said. “This is a dream, the best job there is in the Army. And I want other women to know that there is a place for them here, a future for them.”